How To Detect Counterfeit Drugs

Deadly fake drugs are everywhere. Here’s the new tech to bust them. 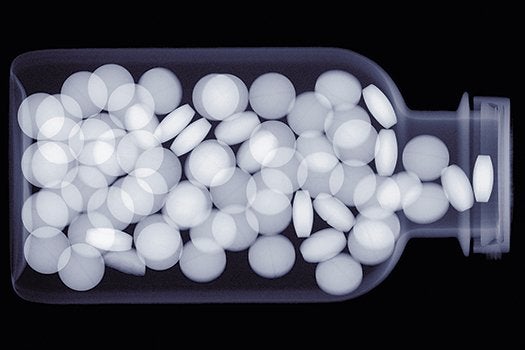 Growing up in Pakistan in the 1980s, Muhammad Zaman and his family always knew which pharmacy to trust when they got sick. Today, even the pharmacists don’t know whom to trust. Just last year, more than 200 people in Lahore died after contaminated cardiac medicines containing a toxic amount of an anti-malaria drug hit the city’s supply. More than a thousand got sick. The crisis of poor quality drugs is worst in the developing world, where regulatory oversight is weak and patients are desperate for affordable medicine. Consider this: The World Health Organization says that at least 10 percent to 30 percent of the pharmaceutical market in these countries is compromised. “Everybody in the developing world knows about this problem, but nobody ever does anything about it,” says Zaman, now a biomedical engineer at Boston University.

The bogus-drug trade isn’t just a problem for the world’s poorest patients: About 1 percent of it circulates in the U.S. and other highly industrialized nations. That might not sound like a lot, but hardly a week goes by without federal health officials warning about fake Viagra, Tamiflu, Botox, and others entering the U.S. through Web dealers and importers. Last year, the Food and Drug Administration (FDA) warned consumers about fakes of Adderall, the attention-deficit-disorder drug, which contained a powerful painkiller. Now new technology, verification systems, and researchers like Zaman are working to make sure that the drugs people take are what they’re supposed to be.

Detecting dangerous or substandard drugs is generally difficult. Verifying a medication’s manufacturing origin is simple only when it comes from a big, international company with a tracking system in place—and that’s often not the case. When health-care providers in the developing world can afford only drugs that don’t have a built-in security network, it takes valuable time and complicated equipment to analyze their chemical composition. One common solution is Global Pharma Health Fund’s Minilab, an unwieldy system that requires the testers to mix chemicals in beakers and use ultraviolet lamps and a hot plate stored in two heavy suitcases. 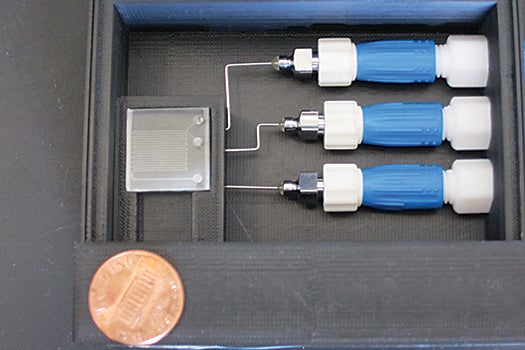 The portable PharmaCheck device can tell if a drug has the wrong dose.

Zaman has made a cheap handheld scanner called PharmaCheck to quickly identify fake medicine in villages, clinics, and hospitals. Users (who need only a few days’ training) dissolve samples inside a small beaker in the machine. The liquid then runs onto a microfluidic chip the size of a postage stamp, where it combines with a molecule designed to bind solely with the drug in question. Binding sets off a fluorescent probe, whose light can be analyzed with a cellphone camera. The process reveals how much of the drug is present and how quickly it dissolves, and takes 15 minutes or less. “We can know what we’re dealing with,” Zaman says.

And how much is an important thing to find out. Some drugs are entirely fake—snake oil, sawdust, chalk. But others, particularly those in developing countries, might contain an ineffective amount of medicine or release the right amount in the wrong way; either case is potentially deadly. PharmaCheck is designed to recognize these drugs as well. Too strong a signal right away could mean that the medicine wasn’t made properly and is probably toxic. Too weak a signal means there might not be enough of the active ingredient to be effective (in antibiotics, low doses could lead, over time, to drug-resistant microbes).

Zaman’s PharmaCheck prototype has already been successful in lab tests on oxytocin, a lifesaving drug given to women after childbirth to prevent hemorrhaging. Later this year, his team hopes to publish its findings and build several more devices for field tests. Zaman and his collaborators are looking for a commercial partner to produce the devices in larger quantities and at prices low enough for practical use. 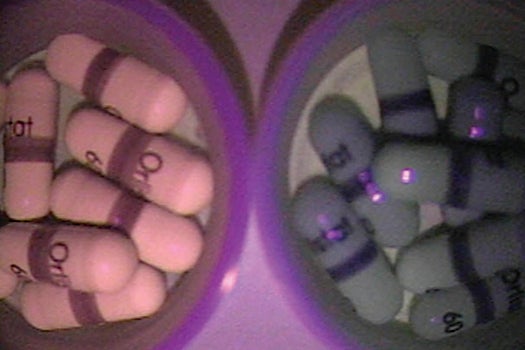 Some drugs are entirely fake. Others contain an ineffective amount of medicine.Meanwhile, the FDA is ramping up deployment of its own handheld scanners, which detect changes in a drug’s ingredients and packaging to help determine its provenance. Called CD-3, the device shines ultraviolet to infrared light on an object as it captures an image. The user compares that image to one of a genuine sample. If the two don’t look the same, then they’re presumably made of different materials or ingredients. The FDA has about 30 CD-3 devices deployed at international mail facilities, where counterfeit drugs slip into the country, and more at other points of entry. While not as sophisticated as Zaman’s PharmaCheck—CD-3 can’t determine a pill’s dose or how it’s released in the body—FDA officials say the device is great for screening lots of drugs. This spring, the agency signed an agreement with Corning to continue refining CD-3 for later large-scale manufacturing.

A group of chemists from St. Mary’s College in Indiana and Notre Dame has gotten into the detective game, too. Its convenient and still-unnamed product—a lab on a piece of paper the size of a business card—directly detects a drug’s ingredients. (Each paper can detect one type of drug.) Rub some crushed Tylenol or anti-malarial on it, for example, dip it in water, and the results are rendered in colors. Users then send a photo of the paper to an automatic Web service for a “real” or “fake” response. The team has applied for patents and is looking for a company to help commercialize its invention. Its goal is less than a dollar per test. And at that price, it’s potentially the cheapest system yet.