FYI: Are Organs Ever Re-Donated?

A few transplants out of the 28,000 performed every year involve the same organ spending time in more than two... 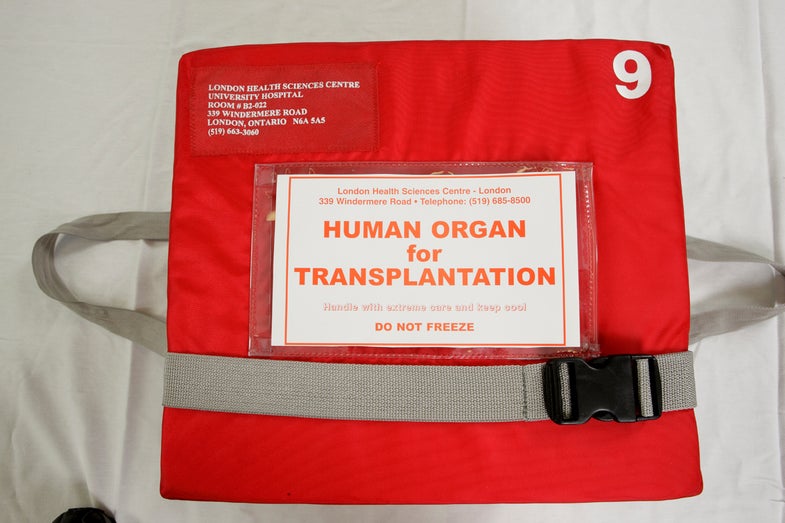 A few transplants out of the 28,000 performed every year involve the same organ spending time in more than two bodies. The most common scenario arises when a patient in the late stages of a disease receives a new liver or kidney as a last-ditch effort to keep him alive. If he dies shortly after, and the new organ wasn’t the cause, re-transplanting may be an option.

There are a few good reasons, however, why donated organs aren’t often re-gifted. If the organ is coming from someone who was so sick that he needed a new organ, it probably lived a pretty rough second life. What’s more, dying involves the entire body shutting down. “The trauma of dying can injure an organ,” says Robert Montgomery, the director of the Comprehensive Transplant Center at Johns Hopkins University. “And then the second person dies, and the organ is taken out again. That’s more injury.” But the main problem with playing hot potato with an organ is the scar tissue that forms on it within weeks after the first surgery. That tissue must be removed before a second transplant, and doing so can injure the organ too much to make it worth re-donating.

But don’t worry: Organs that are suitable for re-transplantation rarely spend much time in the first recipient, which means less time for scar tissue to form. So if you’re getting a third-hand kidney, chances are it’s almost as good as almost new.

This article originally appeared in the September 2010 issue of Popular Science_ magazine._