The Woman Who Targets Cancer-Causing Mechanisms 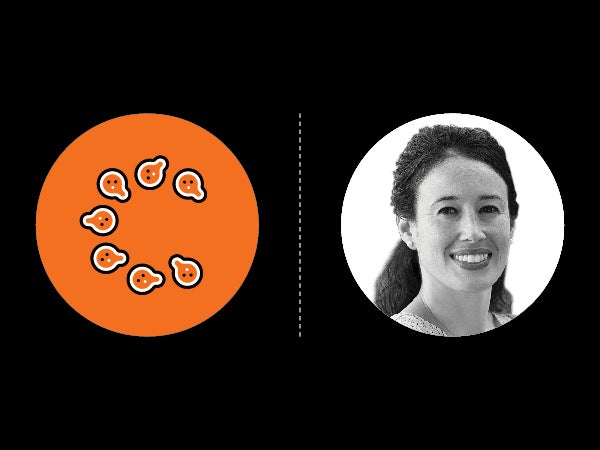 Cigall Kadoch likes to ferret out the processes that cause cancer cells to ­proliferate. “I’m a hunter for biochemical mechanisms,” Kadoch says. That diligence helped her identify a new suspect—a ­complex of proteins called BAF—whose link to the disease was ­previously unknown.

Scientists used to think that BAF was little more than a molecular custodian—an entity that motors alongside DNA and maintains its structure, turning some genes on and ­others off. But then researchers noticed that BAF genes are often ­mutated in cancers.

Kadoch knew that a protein called SS18 is mutated in 100 percent of patients with a rare type of cancer called synovial sarcoma that occurs in muscle tissue. Then she discovered that SS18 is a subunit of BAF. “We were very excited,” says Kadoch. “This gave us a direct way to link BAF to cancer.” Upon investigating further, she found that the mutation appeared to have broken BAF’s guidance system, turning the wrong genes on and off in the genome, causing ­malignant cells to multiply.

What’s more, Kadoch found that such BAF defects exist for more than 20 percent of human cancers—so her discovery could possibly help a lot of people. For every cancer type that they’ve studied, Kadoch found that restoring the normal form of BAF (or inactivating the abnormal form) caused cancer cells to stop growing.