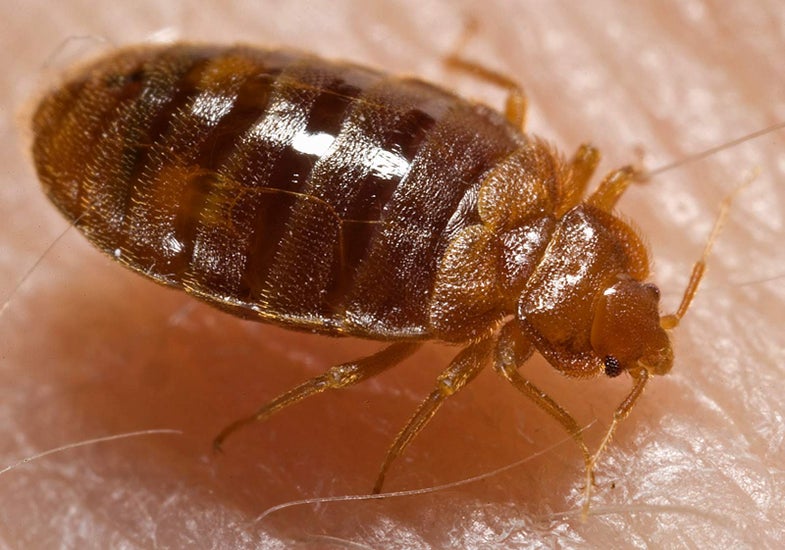 The mere sight of a bed bug spells trouble. These small insects with a hunger for human blood have spread worldwide over the last decade and are now at epidemic levels in America. They have even trumped cockroaches as the number one pest in the country.

The trouble with bed bugs isn’t limited to those bites. The insects can bring on a number of other conditions such as anemia and allergy attacks. Then there are the microbial pathogens, which may turn a rash into an infection. A beg bug invasion is truly a public health threat.

Unfortunately, infestations are difficult to prevent, and control options are limited as many are simply not effective. As soon as bed bugs get a hint of an insecticide, they tend to find other areas to thrive. Research has shown the use of popular products may not prevent the insects from reaching their human targets. Quite simply, insecticides may offer some support but may not be the perfect solution.

While many researchers have looked for a better chemical, some have examined a more natural approach. They have tried to exploit a particular trait of the bugs in the hopes of finding a means to trick them into traps. The key happens to be a group of chemicals – pheromones – used by the insects to gather populations into a specific area.

There are ten such chemicals. However, not all are equally successful at attracting the bugs. The four most effective compounds are known as aldehydes. These have a rather sickly-sweet odor and can travel relatively long distances in the air. A bed bug picks up on the scent and then heads towards the more concentrated area. Eventually, the gathering place will be found.

Because of the need to have a concentrated source of the pheromone, researchers had figured adult insects were not the only producer of the compounds as they tend to move about regularly. The majority of scent had to come from individual bugs residing over the long term in the hub. The hunch was right as the molecules were found in younger insects, also known as nymphs.

But this isn’t the only source. The pheromone also has been found in the shed exoskeletons officially known as exuviae. Considering these inert shells tend to accumulate in the hub, they could make for a perfect homing signal. However, until recently, no one had examined them to determine their role.

Now, thanks to a recent study from a group of American researchers, the contribution of these exuviae has been figured out. Much as expected, the skins are used to help ensure aggregation of the bugs in a specific area. More importantly, the researchers have shown a synthetic form of the pheromones may be able to trick the bugs into seeking out a different area, such as a trap.

The first step required identification of the pheromones released by the exuviae. Groups of 25 shells were collected into a vial and allowed to rest for a few days after which the air of the vial, called the headspace, was sampled to determine the chemical composition. As expected, the tests revealed four particular pheromones in the headspace. This meant the exuviae were contributing to the overall attraction to the area.

To get a better perspective on the importance of the pheromones over time, the researchers extracted the chemicals from the exuviae at different times ranging from seven days to 99 days. All four decreased over time highlighting a limitation on their effectiveness. The results also suggested exuviae need to be produced regularly in order to maintain the levels of attraction to the environment.

As for the actual effect of the pheromones, the team used synthetic forms of the chemicals to determine if they would be just as effective as those from the exuviae. To accomplish this, they put either exuviae or the synthetic compounds in a vial and then attached it to a tube filled with bed bugs. After 18 hours, the team examined how many of the insects had decided to congregate at the site of the scent. For both natural and synthetic compounds, the number was about the same at 80 to 85 percent.

For the researchers, the study offered an intriguing look at how bed bugs may tend to gather over the long term in one spot. The weeks of pheromone production by the exuviae would allow the insects to continually locate their hub without concern for a loss of signal. More importantly, the timing matches that of the breeding schedule such that the signal could be sustained by the next generation.

From a pest-control perspective, the effect of the synthetic pheromones suggests a new type of strategy may be worth developing. By using the same homing signal, bed bugs could be attracted to traps laden with the right concentration of the chemicals such that they would call the place home. This may also offer help to areas vulnerable to infestation. By keeping traps in suspected areas, the bugs may be detected early such that control measures may be performed at an effective time rather than after it’s too late.