The Tenuous Tale of Contraceptive Hormones and HIV Risk 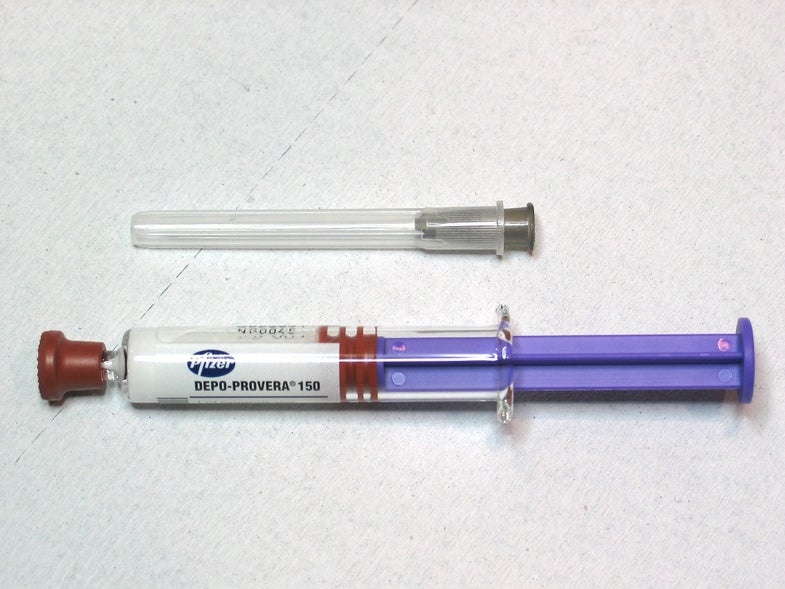 It’s been over thirty years since the human immunodeficiency virus, HIV, became a worldwide concern. This infection-turned-pandemic continues to spread making it a priority for public health officials. Globally, there are nearly 40 million people living with HIV. In the United States, more than 1.2 million people live with the virus, and the latest estimates suggest over 40,000 new cases occur annually.

A breakdown of people living with HIV/AIDS

Much has been learned about how the virus spreads including a list of factors known to increase the risk of infection. While most know of the two major routes of infection – unprotected sexual intercourse and intravenous drug use – researchers have also examined the potential of other factors in increasing the risk of infection during these activities. However, this challenge can be quite daunting and in some cases, may lead to more questions than answers.

Such has been the case with hormonal contraception. Most people may not know the term but they probably have heard of some of its various forms, such as contraceptive pills, injectables, and implants. Hormonal contraceptive use is one of the most effective ways to prevent unwanted pregnancies. It also reduces other public health concerns such as maternal and infant morbidity and mortality.

Yet these methods are not designed to prevent sexually transmitted infections including HIV. In addition to this caveat, some studies have suggested that some specific types of hormonal contraception may increase women’s vulnerability to HIV. Unfortunately, determining if this any particular form of hormonal contraception causes a higher risk for HIV infection is extremely difficult to determine.

But we may be moving closer to clarity on these questions thanks to researchers such as Dr. Chelsea Polis. She’s a Senior Research Scientist at the Guttmacher Institute and has quite the publication record in the area of reproductive health. A few weeks ago, she and a number of colleagues from around the world released a systematic review examining the potential links between various forms of hormonal contraception and HIV acquisition in women.

I reached out to Dr. Polis to find out more about this debate, and was surprised to learn the conversation has been going for several years.

“The first study suggesting a potential link between hormonal contraceptive methods and HIV was published nearly a quarter century ago. But those older studies had severe limitations in their methods, and couldn’t confidently conclude whether the contraceptive method was responsible for causing the increased HIV rate. Over time, studies on this issue have gotten much stronger methodologically. These days, we have better evidence to base policy and program decisions on, although even the strongest studies available today have limitations that make it difficult to draw conclusions with 100% certainty.”

As I learned from Polis, one of the hardest parts about studying this issue is the potential for confounding. Women’s decisions to select and use specific methods of contraception are influenced by other factors, such as her background and social environment.

“Things like age, education, marital status, and other characteristics might influence a woman’s choice of contraceptive method, and simultaneously, those same factors might also impact her underlying level of HIV risk. So, it can be difficult to tell if higher HIV rates are because of the contraceptive method itself, or other factors associated with choosing to use that method.”

Despite the hurdles, Polis revealed that studies can use different techniques to try to determine whether higher rates of HIV are due to the contraceptive method itself. But she admitted this is incredibly complicated. For that reason, she spearheaded the development of guidelines to assist scientists wishing to perform these types of studies. For her, this helped in several ways.

“When studies take into account various confounders more carefully, the results can provide a clearer perspective. Over time, studies have become more sophisticated at tackling confounding, which permits development of policies based on more robust evidence. That’s great, because at the end of the day, we want to be sure women are as confident as possible in knowing the risks and benefits of the contraceptive method that they choose to use.”

As for bringing about that confidence, Polis and her colleagues managed to get closer to the answers women and policy-makers need. “Our new review suggests that evidence for oral contraceptive pills and implants does not seem to show an increase in HIV risk, although additional data on these methods would still be useful.”

The picture is less clear, however, when discussing injectable hormones. “There are two main types of injectable contraceptive methods that have been studied with respect to HIV acquisition– depot medroxyprogesterone acetate, better known as DMPA (and commonly sold as Depo Provera), and norethisterone enanthate, better known as NET-EN (commonly sold as Noristerat, and used primarily in South Africa). None of the studies in our review suggested a statistically significant increased risk of HIV acquisition with NET-EN. On the other hand, evidence overall for DMPA is far more concerning for suggesting a potential increase in HIV risk.”

Polis will continue her tireless efforts to obtain clarity on these issues, in order to inform evidence-based policies that maximize health and well-being. In fact, the World Health Organization has noted that before the end of the year, they will hold a meeting to examine these new data and make a decision about whether global guidance for use of DMPA should be modified.

While the global health community awaits the results of that meeting, Polis appreciates there are people looking to make a decision about hormonal contraception today. “The bottom line is that all individuals should be informed about the risks and benefits of any medication–including contraceptives–that they choose to use. We need to ensure that people all over the world have access to a wide array of contraceptive options so that they can select the one that best meets their needs. And for all people at risk of HIV, and particularly those who may still choose to use a method like the injectable DMPA, we need to ensure that they are informed about and empowered to use HIV preventative options, such as using condoms or newer HIV prevention tools like Pre-Exposure Prophylaxis (PrEP). Investing in the development of brand new products – such as “multipurpose prevention technologies” – products designed specifically to prevent HIV, other sexually transmitted infections, and unintended pregnancy simultaneously, could be a real game-changer for women’s health around the world.”