Teenage cancer victim wins the right to be cryogenically preserved

It’s a historic ruling, but there’s still no science to back it up 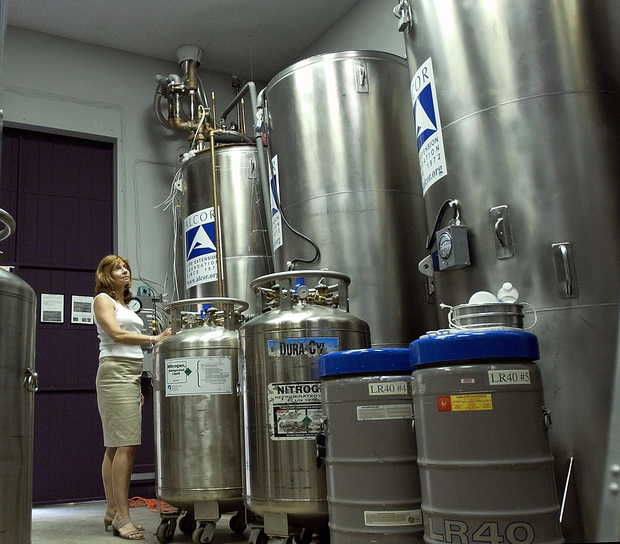 Freezing your body in the hopes of eventually coming back to life might sound ridiculous. But if you knew you were going to die, you might go for it — no matter how slim the odds of success. For a 14-year-old cancer patient in the United Kingdom, it seemed like the best option. And despite the expense and controversy of this unproven life extension technique, a U.K. judge just gave permission for the young girl, who died in October, to be cryogenically frozen.

The ruling is being heralded as ‘historic’ and could set the stage for future cryo-preservation regulations, but the case wasn’t actually about cryonics. It was about who decides what happens to a child’s body after they die.

Children in the U.K. (as well as in the U.S. and most of Europe) aren’t allowed to make legal wills until they’re 18. Until then, their parents have to decide what to do with their remains in the event of an untimely death. That’s usually fairly simple — your main options are burial or cremation, and it isn’t often that a minor holds strong views on these options that oppose those held by their parents.

But when your kid wants to be cryogenically preserved, you might have some reservations.

There’s no solid science to suggest that we can freeze a person and rejuvenate them later. It’s the desperate hope for some future life that convinces people otherwise. Perhaps someday we could overcome that barrier, but today’s cryonics fans are limited by the current freezing technology.

Organs tend to crack during the process, and lack of oxygen often damages tissues beyond repair. Then there’s the fact that, once revived, you’d still have to overcome the illness that killed you in the first place: Cryonics fans aren’t just banking on the idea that reviving frozen corpses will one day be possible, but on the development of cures for various diseases as well.

Earlier this year scientists were able to preserve a rabbit brain without damaging any of the cellular structures inside, but they had to use a toxic chemical to do so. Chemical fixation preserves all the protein structures inside the body, which is why it’s used on animals intended for dissection. It’s not so useful when you want to keep the organ alive, though.

Some cryonics fans choose to have just their brain preserved in the hopes that we could someday upload their mind into a computer. If we could map the human connectome — all of the connections in the human brain — perhaps we could learn to upload those connections into an advanced computer.

Again, we can’t rule out the possibility of this happening far in the future. But it’s worth mentioning that we’ve mapped the entire connectome of C. elegans (a kind of worm), and we’re still unable to simulate a worm mind.

The 14-year-old in this case had researched cryonics online and felt so strongly that she wanted to be cryo-preserved that she wrote a letter to the court about it. Her mother was supportive, but her father wasn’t, and without both parents’ consent she couldn’t follow through. The judge presiding over the case visited the young girl in the hospital — she was too sick to attend her own hearing — and sided with the mother. Her father had been largely out of the picture for years and the judge was moved by the girl’s apparent bravery in facing her own death.

With two consenting parents and the cooperation of the hospital, a volunteer cryonics group prepared her body and handed her off to the Michigan-based Cryonics Institute to preserve her further. For £37,000 she and her parents have the peace of mind that her body is locked in a deep freezer somewhere in the U.S. We can only hope that one day her choice pays off.