Researchers have developed an antiviral polymer with a wide spectrum

For decades, the development of antimicrobial compounds has focused on figuring out how to slow or stop a particular biochemical process. The molecules produced through this process – antimicrobials – have been tremendously effective. Yet they are vulnerable to resistance. A small change in the genetic makeup of the pathogen can render a treatment useless.

There may be another route to produce effective chemicals with wide spectrum action. Rather than focusing on a function, some researchers have attempted to use physics to find ways to naturally block pathogens from causing infection. This route is particularly important in the development of antivirals. If the agent cannot enter a cell, infection simply will not happen.

One such chemical is known as polyethylenimine, or PEI. As the name implies, it’s a chain consisting of a high level of nitrogen. What makes this molecule effective is its physical nature – it’s highly positive in electrostatic charge. This means it will attract and bind to any molecule with a negative charge, which in the biological world, encompasses almost every living entity. 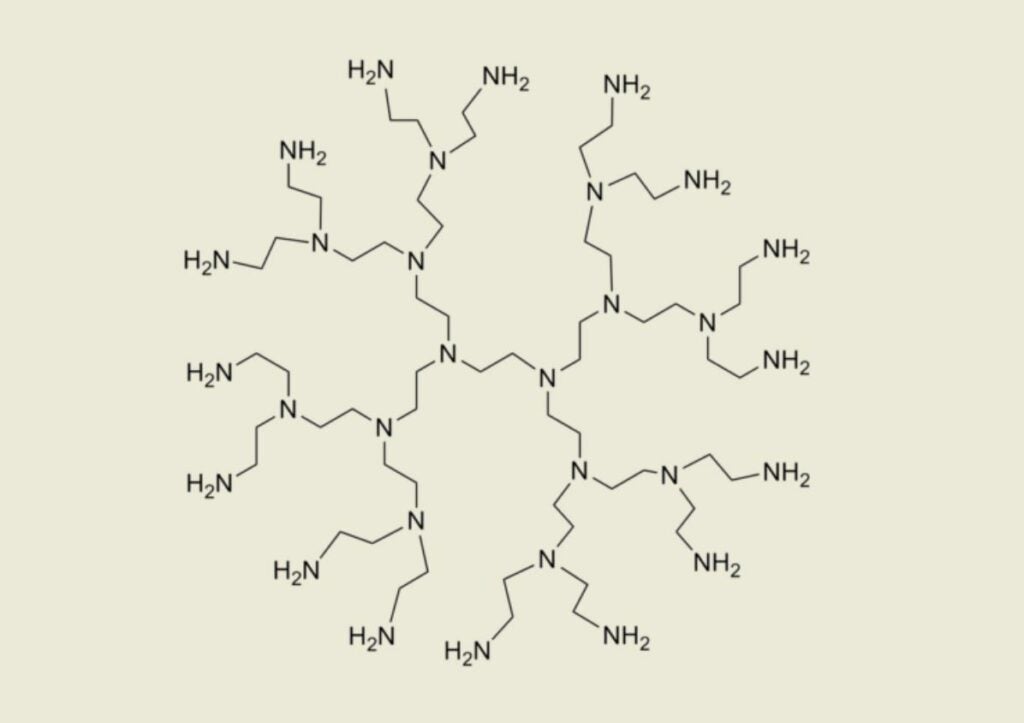 Over the years, PEI has proven to be rather versatile as a tool. In the environmental world, the molecule is rather effective at capturing carbon dioxide. Closer to the life sciences, PEI has been used to improve the effectiveness of certain biological techniques, such as introducing foreign genetic material into a cell, a process called transfection.

In 2006, the molecule took on another role as an antimicrobial additive. The addition of PEI to a variety of bacteria ended up weakening the integrity of the cell improving the killing action of various disinfectants and antibiotics. By 2012, the spectrum widened as PEI appeared to help prevent infection by human papillomavirus and cytomegalovirus. The potential of PEI grew even stronger thanks to research examining how the molecule could be altered to include other antimicrobial components.

Despite all the good news, there was one caveat: resistance was still possible. The countless hours of work and development could still be threatened by a single change in the biological makeup of the pathogen. To prevent this, PEI would have to be altered in a way to give it the ability to change in real time to deal with viral evolution.

Now there may be a way forward thanks to a rather unlikely ally in the fight against viral infection: IBM. The company may be known for working to combat computer viruses, but thanks to several collaborations with researchers out of Singapore, they have found a way to beat human viruses and deal with resistance.

To learn more about how a computer company is making waves in the realm of public health, I reached out to Dr. James Hedrick. He’s a materials science researcher who has co-developed a wide spectrum antiviral known as Cooperative Orthogonal Macromolecular Assemblies. Yet, as Hedrick points out, killing viruses – human or virtual – wasn’t his first love.

“I’m a polymers researcher and have spent years developing new concepts in catalysts, self-assembling monolayers, and hydrogels in the hopes of improving computer design. Then a number of years ago, I started working with Dr. Yi Yan Yang at the Institute of Bioengineering and Nanotechnology in Singapore. His realm was purely medical although we were using the same technologies. It was a natural fit.”

Their combined efforts took them to numerous areas of medicine including drug delivery, killing MRSA, and disrupting biofilms. . Eventually, viruses showed up on their radar. Yet Hedrick and Yang wanted to do more than find the next antiviral.

PEI was just the start. They added another component, mannose, which is a known simulator of immunity. This molecule triggered the immune response and also helped to improve the efficacy of blocking and killing. After some design tests, the two had a candidate to test against a wide variety of viruses. When the antiviral results came back, as Hedrick gleefully suggests, they were more than satisfied.

“When we tested the PEI-mannose polymers, we were impressed at how well they worked against a variety of viruses. We could prevent some of the most egregious viruses out there, like Ebola, Dengue, and especially Zika. We also tested the polymers against some of the run of the mill viruses, such as flu and herpes. In all cases, we could prevent cellular infection. We had by all respects reached the first milestone towards that pan-antiviral goal.”

As for that always prevalent concern about resistance, Hedrick says these antiviral compounds are ready for the challenge. “It doesn’t matter what happens genetically on the inside of the virus because the PEI-mannose polymers are able to tackle evolution.” As for how that happens, the answer comes down to his true love: polymer design. “Polymers are designed to thermodynamically favour a certain three-dimensional structure. You accomplish this by ensuring the electrostatic forces are working together to get the shape you want. But our polymers don’t have a preferred shape; they are flexible and can adapt to the surrounding electrostatic and hydrogen bonding opportunities that exist. They can fill any crevice, bind to any receptor, and block any interaction. They are truly on-demand antivirals.”

While the news may seem incredibly promising, don’t expect to see these on-demand treatments in healthcare anytime soon. Hedrick and his team have yet to perform animal studies. Yet, he believes the polymers will have the same activity inside the body as in the petri dish. “We are anxious to take this to the next level. We’ve spent years working on how to develop the perfect antiviral in the lab. Now we want to prove they work in the real world.”