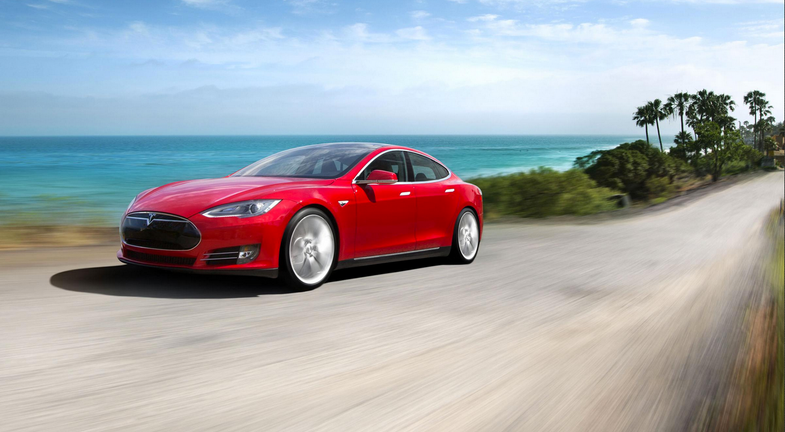 Earlier this month, many Teslas were given a self-driving mode upgrade, and this makes for a SUPER fun Halloween costume. Unless you have a car costume lying around, you'll have to make your own (the internet is your friend). But once it's done, you can run around anywhere claiming the car is driving itself and you have no control (also a great way to get out of boring conversations and not offend the other person--it's the car, not you). "Tesla Model S"/Tesla
SHARE

The Rise of the Machines has begun—fittingly, via an overnight wireless global “awakening.”

That’s right, owners of Tesla Model S and Model X electric vehicles woke up today to cars suddenly empowered to drive themselves down the road. The company’s software update—Tesla Version 7.0, installed via WiFi—includes its new Autopilot technology, which imparts a degree of autonomy to the sleek, high-tech cars. Tesla CEO Elon Musk announced the update via conference call yesterday, stressing that it was still in beta and that drivers will not be able to completely disengage themselves from the act of driving. “Because the software is still at an early stage, it’s important people exercise caution,” Musk said. “In the long term, drivers will not need to keep their hands on the wheel. Eventually there won’t be wheels or pedals.”

The system uses a suite of sensors installed in cars built beginning in September 2014, including a forward radar, a forward-looking camera, 12 long-range ultrasonic sensors, and braking and steering controls. Coupled with the car’s GPS, the hardware now permits the cars to steer within lanes, change lanes on command—via a tap of the turn signal—and modulate speed relative to vehicles in front of it, including braking to a full stop and automatically re-accelerating. Tesla already has one of the smoothest, most capable automatic cruise control systems on the road, and this enhancement promises a big reduction in driver workload—if not the actual ability to pick up a newspaper and just check out while your car chauffeurs you to the office.

It should be noted, of course, that other manufacturers currently have systems that are very close to Tesla’s autopilot. Mercedes, Acura, Volvo, and Audi can all manage steering down the highway and automatic braking and acceleration, via their lane-centering technology and adaptive cruise control. Driving the most recent Acuras in cruise control require nothing more than keeping light pressure on the wheel. If you let go for more than a few seconds, it will flash an alert and eventually deactivate. Tesla’s system works similarly—if not driver engagement is detected, it will flash an alert and eventually slow to a stop and activate the hazard lights.

Driving is all about managing treacherous, millisecond-long transitions, which we humanoids tend to do automatically.

But unlike the systems from other carmakers, Teslas will now be able to change lanes on their own, first detecting whether there’s room to do so safely. Just flick the stalk, and the car will wait until the opportunity arrives before hopping over. The cars can also now automatically park themselves, scanning for available spots and alerting the driver to a good fit. Again, just flick the switch, and you’re in.

Another distinction from other semi-autonomous systems is that the cars will collect data about their use, to refine and enhance the systems. That’s critical, because the real challenge for autonomous vehicles won’t be in the basics—cruising down the road and changing lanes on their own—but in the margins, the moments where the systems are challenged or stymied. This can occur with unclear lane markings, inclement weather, or dicey lane changes. What happens, for instance, if your lane is sitting still but the cars next to you are racing by and you want to shoot over? Will the car engage Ludicrous Mode acceleration to rocket you into the next lane, or sit there forever waiting for a gaping hole? Driving is all about managing those treacherous, millisecond-long transitions, which we humanoids tend to do automatically—including appropriately second-guessing ourselves midway through a move, or reacting to other drivers who are similarly tentative, or overzealous.

It will be fun to watch this progression toward seamless interactions between man and machine. Tesla just nudged us a little bit closer to that future.