Camera-Toting Drones Are Coming To Hollywood

Movie producers are now exempt from the FAA's ban on commercial drones. But is it too little, too late? 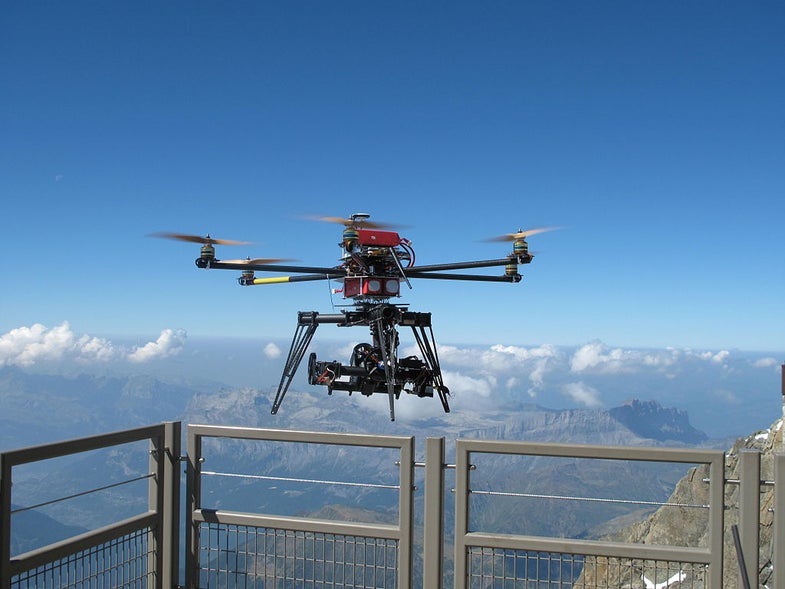 After four years of lobbying by the Motion Picture Association of America, the Federal Aviation Administration announced yesterday that movie producers can fly drones to shoot film. This is good news for commercial drone use in the United States, but it might be too little, too late. As the FAA stalls on defining drone regulations, leaving commercial UAVs grounded throughout the U.S., other countries are leading the world in civilian drone applications. Allowing them to fly in Hollywood through exemption shows just how far the FAA is from fully integrating drones into American skies.

For the FAA to sign off on the drone flights, six companies had to prove that their machines were safe. The negotiated deal mandates that the drone controllers have pilot certificates, they’ll fly within line of sight, and they’ll keep flights combined to a “sterile area” of film sets. In addition, the drones will be inspected before every flight, and won’t fly at night. In exchange for these safety guarantees, the FAA ruled the drone companies exempt from “regulations that address general flight rules, pilot certificate requirements, manuals, maintenance and equipment mandates.”

In essence, the FAA exemption for these working drones carves out a middle ground between model airplane rules and regular aircraft regulation. It’s a change that’s been long in the making, and points (hopefully) to a future of reasonable regulation of drone use. Michael Toscano, president of the pro-drone business group Association for Unmanned Vehicle Systems International, said in a statement about the FAA news that:

While the new ruling is a modest move by the FAA, it bodes well for the future–as long as the FAA is willing to make more exemptions for drones that, while clearly airborne, don’t interfere with regular air traffic.