When politicians link immigrants to disease, the science just doesn’t add up

Book Excerpt: Not A Scientist 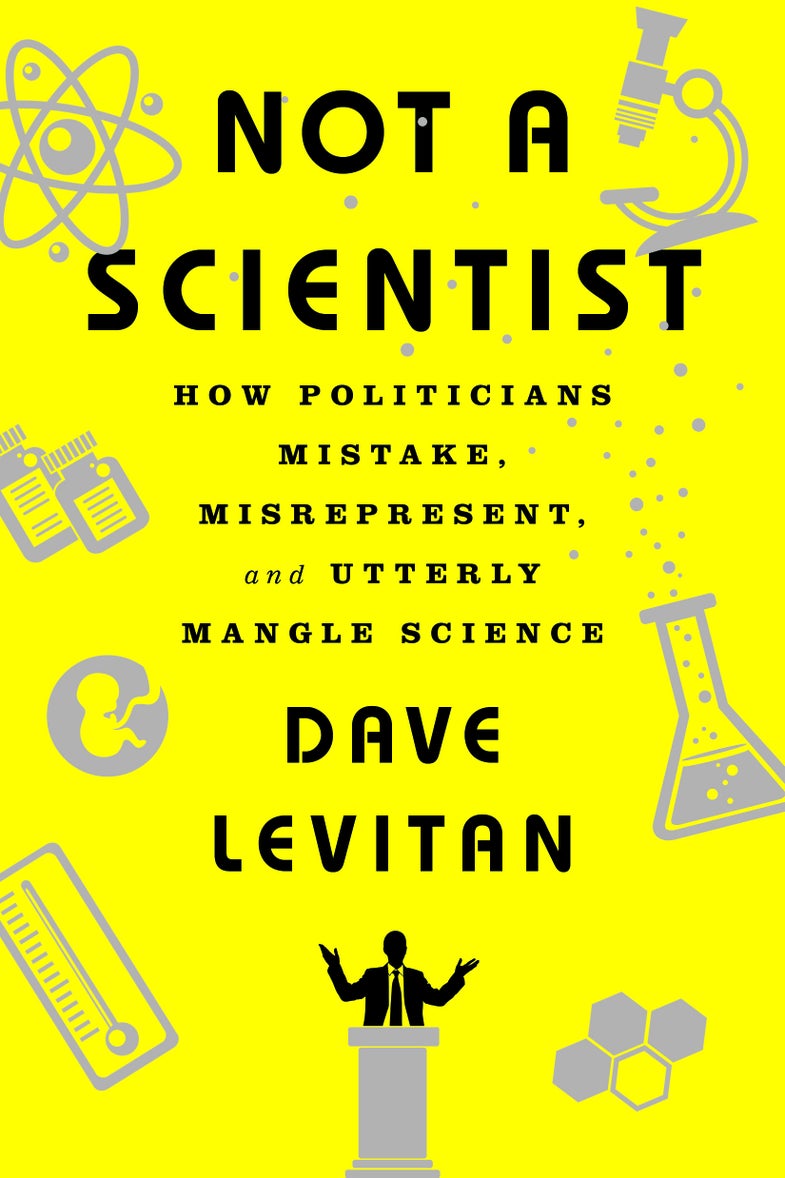 The following is an excerpt from Not a Scientist: How Politicians Mistake, Misrepresent, and Utterly Mangle Science by Dave Levitan.

The demonizer is perhaps the most persistent misuse of science that politicians have engaged in across U.S. history. The fear of immigrants has been a common theme since the early days of Ellis Island—and even before—and there are examples of misstatements about disease and immigration from various points since.

Moving backward through history, we can see that politicians have repeated, time and again, the idea that immigrants are bringing over every disease that happens to be in the news. Here’s former presidential adviser, 1992 and 1996 presidential candidate, and noted racist Pat Buchanan going for the demonizer grab bag:

Leprosy! This is an incredible list of misinformation, so let’s debunk it disease by disease. First of all, malaria: between one and two thousand cases of malaria are reported in the United States every year, almost all in residents who have traveled abroad to endemic areas. It is very unlikely to then pass from person to person; a mosquito in the United States would have to bite the infected person and then bite other people, transmitting the parasite that causes malaria. Such outbreaks do occur—it happened sixty-three times between 1957 and 2014, according to the CDC—but this has nothing to do with immigration, but rather with travelers failing to take basic precautions.

Next up, polio. No cases of polio have originated inside the United States since 1979, and the last time a traveler brought it in was 1993. That’ll do.

It almost isn’t worth addressing “hepatitis,” as that refers to five different diseases with differing modes of transmission. Some evidence does suggest that prevalence of hepatitis B, which is transmitted via bodily fluids, is higher among foreign-born individuals living in the United States,19 so we’ll let him have that one. Tuberculosis also may be brought across borders by those arriving both legally and illegally, though this isn’t considered a large concern.

Next, what about those “rarities of the Third World”? Most dengue fever cases are acquired outside the United States by travelers, though interestingly, experts are concerned that climate change could allow dengue’s spread northward by creating more habitat where the mosquitoes that transmit it can live. Fewer than forty cases of Chagas’ disease—caused by a parasite that is transmitted by the so-called kissing bug—have been reported in the United States since 1955.

And finally, leprosy. Yes, this disease still exists. Also called Hansen’s disease, leprosy affected 2,323 people in the United States between 1994 and 2011, and Buchanan would be right if he noted it is more common among foreign-born individuals. But the idea that there is some explosion of this disease thanks to immigration is laughable; the rate of new diagnoses in that time period actually fell by 17 percent. And here’s another fun fact: some of the cases of leprosy in recent years have been transmitted not by people, but by armadillos.

The policy in question—preventing immigration of HIV- positive individuals—had been in place since 1987 (created by Senator Jesse Helms). The “countless” Americans, though, were a figment of Nickles’s imagination; it was estimated that in 1989, for example, fewer than a thousand HIV-positive immigrants would even seek entry into the United States. Given HIV’s limited modes of transmission, this was far from a public health crisis. Importantly, though, the demonizer really works: the policy Nickles spoke about remained in place all the way until 2009, when President Obama finally lifted the ban.

We can continue to go back in time. In 1915, for example, a typhoid fever epidemic began in Mexico, spreading fear that it would penetrate the United States as well. Along with a growing nativist sentiment and concerns about immigrants from elsewhere in the world, this epidemic led to passage of the Immigration Act of 1917. That ignominious bit of legislation lumped in the presumably diseased “other” with a whole host of supposed undesirables rivaling the Blazing Saddles army of “mugs, pugs, thugs,” and so on:

Of course, the fears that some politicians took advantage of at various points did at least have some basis in truth: there were occasional disease outbreaks in other countries less advanced than the United States, if one goes back far enough. But the language of the demonizer persisted long after many parts of the world had begun to change. In a 2002 paper on the “persistent association” of foreignness and disease in the United States, University of Michigan researchers Howard Markel and Alexandra Minna Stern wrote about how much of the developing world modernized and left the American rhetoric behind:

And yet, half a century and more later, politicians continue to connect foreigners with disease, even when those foreigners may have grown up with better health care than the politician did.

Again, the demonizer is an easy tactic for politicians to use, since the diseases in question can be scary and most people won’t know that they are exceptionally rare in immigrants, or that vaccination rates are actually better in other parts of the world. Spotting this tactic is relatively easy, since it is generally limited to this particular scientific field: if a politician warns that allowing foreigners in will spread a certain disease, doubt the claim. Check the actual modes of transmission of the disease, or the actual prevalence of that disease. The devil isn’t the immigrant; it’s in the details.