FYI: Could A Layperson Land A Jumbo Jet?

Possibly, but only with a lot of luck and some autopilot assistance. Amateurs have landed smaller private planes after the... 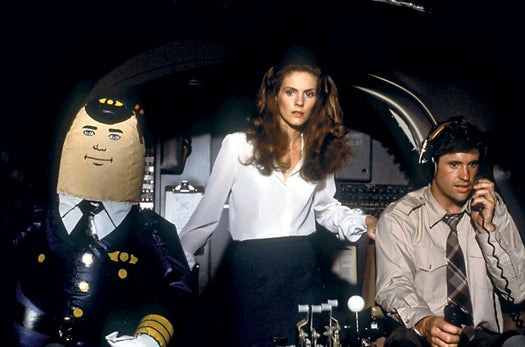 Possibly, but only with a lot of luck and some autopilot assistance. Amateurs have landed smaller private planes after the pilot became incapacitated, but outside of 1970s disaster movies, it has never happened with a commercial passenger aircraft.

Simply getting to the controls is going to be very difficult. After 9/11, all commercial aircraft have secure cockpit doors designed to prevent anyone from entering during a flight. If you did manage to get inside and get in touch with a control tower or, more likely, the radar room (the control tower takes over only after an airplane is within 10 miles of landing), it’s crucial that there be a pilot on hand who has flown that specific type of plane (or someone else very familiar with it) to give instructions. In most cases, the controller in the tower would instruct you to input basic adjustments to altitude, airspeed and direction into the aircraft’s autopilot system.

“It’s much like a VCR, where you’ve got certain commands you have to set up to record, only much, much more difficult,” says Dale Wright, the director of safety and technology for the National Air Traffic Controllers Association. If you punch in the correct settings on the right instruments and then hit autopilot, the airplane does the rest.

Assuming you remain composed, the biggest factor in a successful landing is whether or not the plane is equipped with an auto-land system to control the throttles and, as its name suggests, land the plane. Not all large commercial aircraft have auto-land, however, and without it, you would be forced to disconnect autopilot to land. At that point, says Chris Dancy, a spokesman for the Aircraft Owners and Pilots Association, the most likely mistake an amateur would make would be to fly too low, or too slow, which could lead to an aerodynamic stall, in which the airflow around the wing is no longer smooth enough to keep the plane in the air.

Even if the plane has autoland, setting down a 400-ton jet is still an enormous task. After activating the system, you’d have to engage the wing flaps and the landing gear and continually input new speed settings as the plane descended. But if you can dial in all the right numbers (aided by your pal in the control tower), once the plane is about three miles from touching down, the auto-land system kicks in and does the rest of the work, letting you sit back and enjoy the view.

Without auto-land, on touching down you would have to hit the brakes, which are controlled by way of a complicated foot pedal system, and reverse the thrust of the engines (if the runway is short) to stop the plane, Wright says. He guesses that a novice has a “less than 1 percent chance of landing and keeping [the plane] on the runway and not hurting anybody. And that’s on a good day.”