The weirdest things we learned this week: eating your own twin, embalmed milk, and levitating frogs 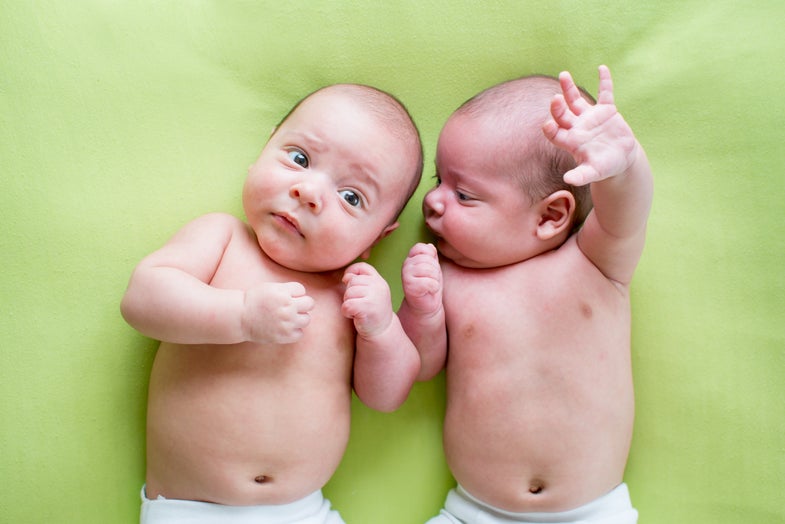 Absorbing your womb-mate won't give you super powers. DepositPhotos
SHARE

Fact: Yes, you can absorb your twin—your whole twin—in the womb

One of the things at which PopSci truly excels, at least in my opinion, is investigating old wives’ tales. I mean, we literally just published a piece on whether or not it’s bad to crack your knuckles. (Spoiler: it’s not.) Though it’s not on this Wikipedia-sanctioned list of legit old wives’ tales, I think it’s fair to say that telling people they ate their twin in the womb is one of the popular medical-ish superstitions we have today. A new wives tale, if you will.

The evidence of this trend is everywhere, from Aunt Voula talking about the teeth in the mole on the back of her neck in My Big Fat Greek Wedding to running back Marshawn Lynch’s mother claiming her son’s incredible strength comes from absorbing his twin in the womb. But is it real? Can this even happen? How? When? And what does it mean for the surviving twin?

In this episode, I talk about “vanishing twin syndrome,” the “fetus in fetu” phenomenon, and the biological reasons neither of these are helpful to a football player.

Lots of people complain about all the difficult-to-pronounce, non-food food that’s in our food, but most of us also know that food used to be full of, like, really egregiously non-food food. We’re talking candies colored with poisonous metals (which we discussed a few episodes back in relation to deadly wallpaper). We’re talking backyard leaves ground up and sold as green tea. In 1882, Massachusetts regulators testing ground cloves found that literally 100 percent of the stuff on the market was fake—it was mostly burned seashells. Canadian officials found the same was true of dry mustard. Basically, any ground spice was more likely to be charcoal or literal dust than an actual spice. One New York spice-maker bought 5,000 pounds of coconut shells a year. Ketchup, as we discussed in our episode on condiment grading standards, was often made from discarded pumpkin skin dyed red and pepped up with vinegar and cayenne or paprika.

How did we finally get around to keeping poison out of our food? I discuss the answer in this week’s episode with the help of a new book called “The Poison Squad” by Deborah Blum. Spoiler alert: we had to force unpaid volunteers to eat a bunch of borax.

Fact: There is one scientist honored with both a Nobel Prize and an Ig Nobel Prize

The only man to win both a Nobel Prize and an Ig Nobel Prize (an award given to “research that makes you laugh and then makes you think”) is Dr. Andre Geim. Geim won the Nobel Physics Prize in 2010, just six years after conducting research on the material graphene (a very short time—even Geim didn’t expect to win that soon). What’s so special about graphene? In a Q&A with Nature, Geim describes it as “the thinnest possible material you can imagine. It also has the largest surface-to-weight ratio: with one gram of graphene you can cover several football pitches (in Manchester, you know, we measure surface area in football pitches). It’s also the strongest material ever measured; it’s the stiffest material we know; it’s the most stretchable crystal. That’s not the full list of superlatives, but it’s pretty impressive.”

What did a scientist brilliant enough to win the most esteemed prize in physics do to win an Ig Nobel? He levitated a frog with magnets.

In Sarah Lewis’ book The Rise: Creativity, the Gift of Failure, and the Search for Mastery, Geim describes his now-famous experiment. He doesn’t remember why he did it, but he poured water directly onto a fully-powered electromagnet. The water turned to tiny spheres, apparently defying gravity.

Geim says he has spent 10% of his professional career doing what he calls “Friday Night Experiments,” trying random stuff just to see what would happen. Levitating the frog was one of these experiments, as was the beginning of his work with graphene—to remove the graphene from graphite, he used scotch tape and a pencil.

Is Geim worried about what his peers think of his frog experiment? Not really. As he told Lewis, “In my experience, if people don’t have a sense of humor, they are usually not very good scientists either.” Read more about Geim’s research and see other levitated objects here