The weirdest things we learned this week: fake memories, sperm is not full of tiny men, and how ketchup makes the grade 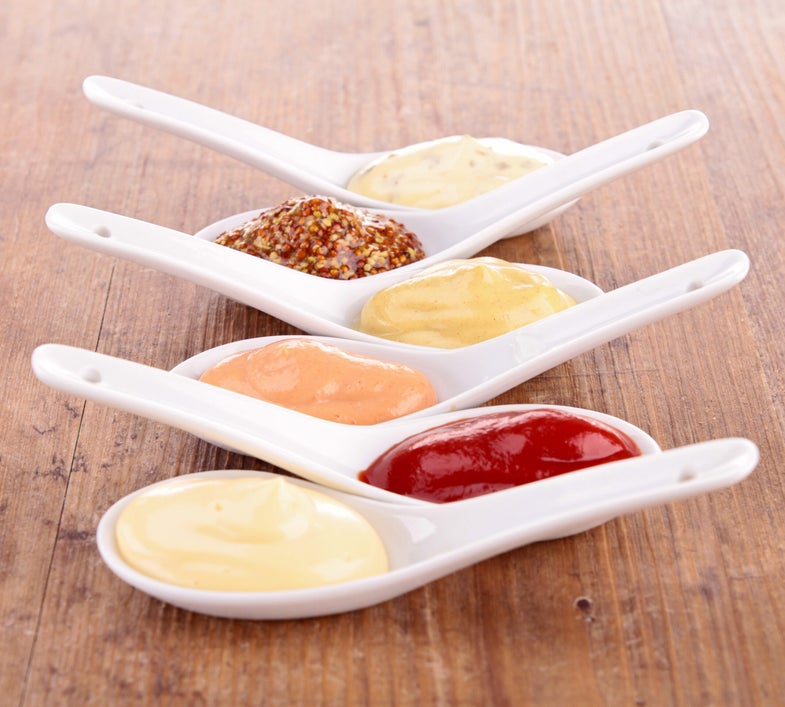 There is an actual, quantifiable, scientific difference between regular ketchup and fancy ketchup. “United States Standards for Grades of Tomato Ketchup“—one of dozens of USDA documents delineating the differences between good and bad foodstuffs, including guidance on just how far a pickle can bend—is very clear about this. Grade A ketchup (formerly termed “Fancy Ketchup”), must have a good color, flavor, and consistency; be practically defect-free; be at least 33 percent solids (i.e. tomatoes), by weight; and score at least 85 points on a set scale of 100. The companion “Grading Manual for Tomato Ketchup” lays out in explicit detail the methods and mechanisms by which a food inspector should assess these saucy qualities.

Though the scale gives each of four criteria (flavor, color, consistency, defects) equal weight, the consistency of the red stuff appears to have a disproportionate influence over the other factors. More tomato, redder color. More fresh tomato, better flavor. More tomato, thicker consistency. The recipes that pass these tests, therefore, have a lot in common. Many of our favorite ketchups (namely Heinz) owe their formulas to a pair of early 20th century chemists, Katherine and Avril Bitting.

The Bittings were food chemists at the USDA when the 1906 Pure Food Act came into effect. The law, among other things, sought to remove chemical preservatives and additives from prepared foods. Ketchup manufacturers, specifically, relied to a compound called sodium benzoate to make their products shelf-stable.

At the behest of commissioner Harvey Wiley and with the backing of ketchup-maker Charles Loudon, the Bittings sought to find a recipe for the sauce that required no preservatives. Over the course of their study, titled “Experiments on the spoilage of tomato ketchup,” they analyzed more than 1,600 bottles of sauce. Much of what they found, including guidance on prep and cooking time, is still in practice today. Primarily, however, they found that recipes higher in vinegar and with greater body lasted just as long—if not longer—than those that relied on other preservatives. Yum!

Fact: You can never really trust your own memories

But I think even more interesting than planting a memory in one person is that there are massive groups who all share the same false memory. In the pod this week I use the example of 9/11: in one 2003 survey, about 75% of people “remembered” watching the first plane collide with the north tower live. But that footage didn’t air until the next day. Neuroscientist Karim Nader brought this fact up in an interview with Smithsonian Magazine because he had this false memory and didn’t realize it was fake until recently. His theory is that because 9/11 was such an emotional, momentous event for Americans, we’ve spent a lot of time talking about where we were when we saw the attacks. Presumably some number of people thought they remembered watching the first plane live on TV—perhaps they watched the second plane hit live, which many did while watching news coverage of the first attack. Their friends wouldn’t have remembered seeing the same thing (because no one who wasn’t at the scene actually did see that first collision), but after discussing it with the false-memory-havers, they would have stored that detail. The next time those friends recalled their experiences on 9/11, they’d run the risk of altering their own memory to include the information borrowed from a mistaken friend: the thought that they’d watched the first plane hit in real time.

Of course, once you have the memory it might as well be true. False memories can still have real emotional impacts. But it’s also important to remember that our recollections are imperfect, even if they feel unadulterated to us.

Fact: Scientists once thought there were tiny people inside your sperm (or eggs—there was kind of a fight about it)

I recently performed at a “Science Wake” at Caveat in NYC where I eulogized preformationism: the theory that living things simply grow out of smaller versions of themselves. And not in a you’re-born-and-then-you-get-bigger kinda way, either. The idea here—which became popular in the mid-1600s and stuck around until we figured out cell theory in the mid-1800s—was that future humans existed, curled up fully formed but all teeny tiny, inside their parents’ sperm or eggs. In fact, preformationists believed that the first living human carried all future offspring inside their gonads, and that those offspring carried all of their future offspring inside of their gonads, and so on and so forth ad infinitum, matryoshka-style.

There was some debate over whether the sperm or the egg served as the delivery system for all lifeforms; eggs came first, and in fact inspired the notion of preformationism, simply because scientists observed literal eggs with their own eyeballs. Egg cells, of course, are not eggs in the same sense. But 17th-century scientists were a little fuzzy on the details of how chickens even made eggs, so it wasn’t such a stretch for them to posit that human females might be making some of those inside them as well.

Then sperm hit the scene. In 1677, Anton van Leeuwenhoek got a glimpse of some wriggling sperm cells and realized they were not, as some previous scholars had assumed, masses of parasitic worms. He saw “all manner of great and small vessels, so various and so numerous that I do not doubt that they be nerves, arteries and veins… And when I saw them, I felt convinced that, in no full grown body, are there any vessels which may not be found likewise in semen.” In other words, he thought there could totally be tiny men in there.