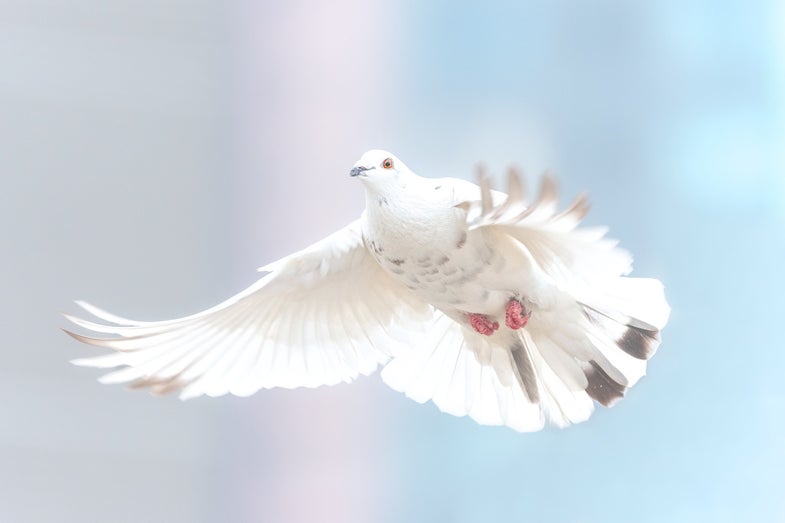 Fact: There was once a man famous for making beautiful sounds with his butt

As the producer and editor of The Weirdest Thing I Learned This Week, I’m always listening for fun facts that we can include on the podcast. And as our regular listeners know, butts have become a common theme on our show. So when a recent episode of the podcast Delete This introduced me to Le Pétomane—the French flatulist who became the highest paid performer in all of France—I knew I had found something that was podcast-worthy. But as I did more research and realized just how special this story was, I asked if I could come around to the other side of the microphone to share it with you.

Pujol was at the beach on the fateful day he realized he could suck water into (and shoot it out of) his rear end. But eventually he realized that he could suck in air and change both the volume and pitch of the release—and as Mental Floss points out, the expulsions wouldn’t smell (since they didn’t contain the normal gases of a fart).

Pujol came to be known as Le Pétomane, which roughly translates to a fartiste or fartomaniac. He perfected his work and was instantly hired at the world-famous Moulin Rouge after his audition. And Le Pétomane was only able to do his act thanks to basic physics. He would cover his nose and mouth and contract his diaphragm, creating a small vacuum within his gut. Gas would normally rush in through the nose or mouth, but because Pujol had blocked those, the only way gas was able to fill the void was through his anus.

You’ll have to listen to the podcast to learn more about Pujol’s act and what eventually became of him, but it’s a real goodie. One might even say… a gas of a time.

Fact: Tesla was probably in love with a pigeon

A few years ago, my sister performed a song by composer Melissa Dunphy called “Tesla’s Pigeon.” (She played the pigeon).

I was enthralled by the premise: the song is sung from the perspective of a bird—Nikola Tesla’s favorite bird. The famed inventor was known for caring for many pigeons during his time living in New York, especially as he grew older and ever-more eccentric and introverted. But one stood out among his feathery flock of friends. Here’s a quote that allegedly came from a gathering between Tesla and several science writers:

“I have been feeding pigeons, thousands of them for years. But there was one, a beautiful bird, pure white with light grey tips on its wings; that one was different. It was a female. I had only to wish and call her and she would come flying to me. I loved that pigeon as a man loves a woman, and she loved me. As long as I had her, there was purpose to my life.”

Whether or not he ever said those exact (rather lovely) words about his favorite pigeon, he definitely told a magazine reporter that one injured bird—possibly the same one—cost him over $2,000 to rehabilitate.

We’ll probably never know exactly how Tesla felt about his beloved birds, but it does seem clear he wasn’t interested in sex as a general concept. He spoke openly on the belief that his abstinence gave him superior intellectual powers. Note: There is no evidence that this is the case.

Fact: Meat lozenges were a thing

I can’t remember exactly when or where I first read the phrase “meat lozenge,” but I do know that I immediately Googled it. Whenever this was, I didn’t have the time to really investigate and so the tab stayed open in the corner of my second computer screen like a weird little beacon. The Chrome preview clearly said “meat lozenge” and every once in a while I’d look over and smile. I knew investigating that phrase had to lead somewhere good, because you can’t put those two words together and not have it be good. As it turns out, they’re something between a chunk of jerky and one of those jelly cubes that rock climbers eat for sustenance. They were even grosser than I expected them to be! I’m so glad I kept that tab open.