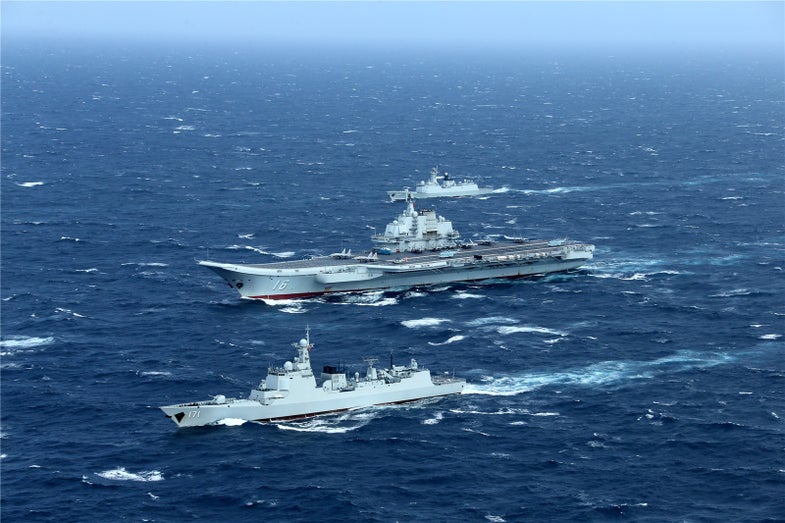 Last month China reported that its aircraft carrier Liaoning was ready to start operational service. The country’s navy provided proof on Christmas Day, sending out its first carrier battle group (CVBG) through the Miyako Straits, around Taiwan, and into the South China Sea, launching and recovering aircraft along the way. 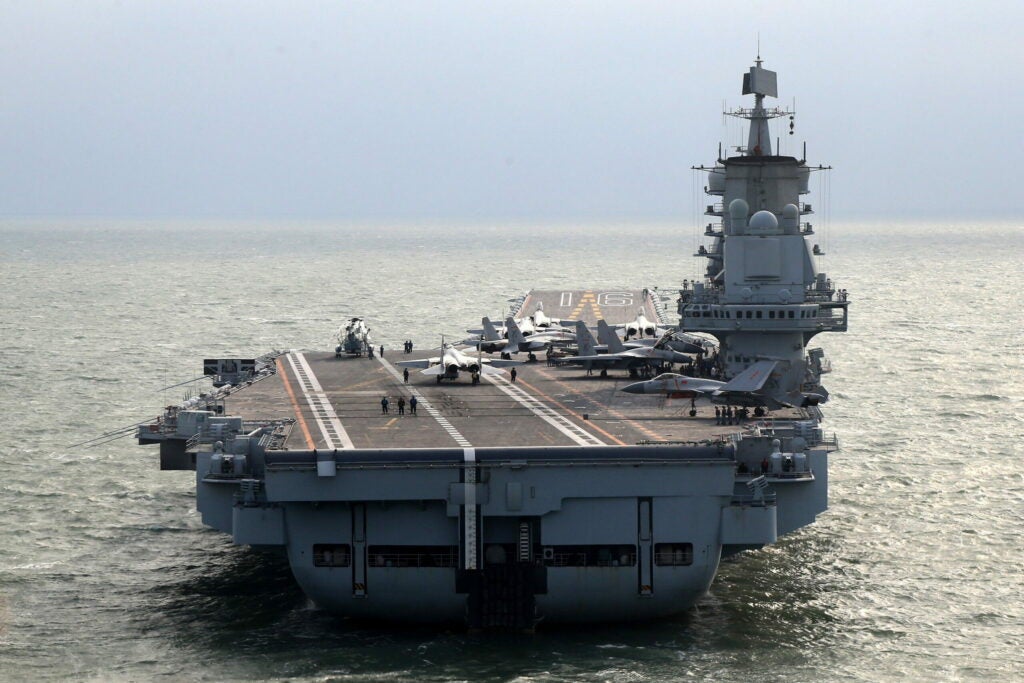 With likely at least a squadron of J-15 fighters (eight on the deck, more likely below), the Liaoning has one of the most powerful non-American carrier aviation groups in the world.

Looking ahead to 2030, the next Chinese carrier will likely look very similar to the Liaoning CVBG, with updated destroyers and frigates that provide a more advanced layered defense and missile strike system. It will likely be accompanied by an arsenal of drones.

And then comes the nuclear-powered carriers of the Type 003 Chinese aircraft carrier. The Type 003 itself would likely have a displacement of around 90,000-100,000 tons and carry anywhere from between 70-100 helicopters and fixed wing aircraft, and have multiple aircraft elevators and a single island superstructure. With a nuclear-powered reactor, the Type 003 could reach speeds in excess of 30 knots. The reactors could also provide the power for electromagnetically assisted launch system (EMALS) catapults (the preceding conventional Type 002 carrier may use steam catapults). EMALS catapults have improved efficiency and are less maintenance intensive than steam catapults. 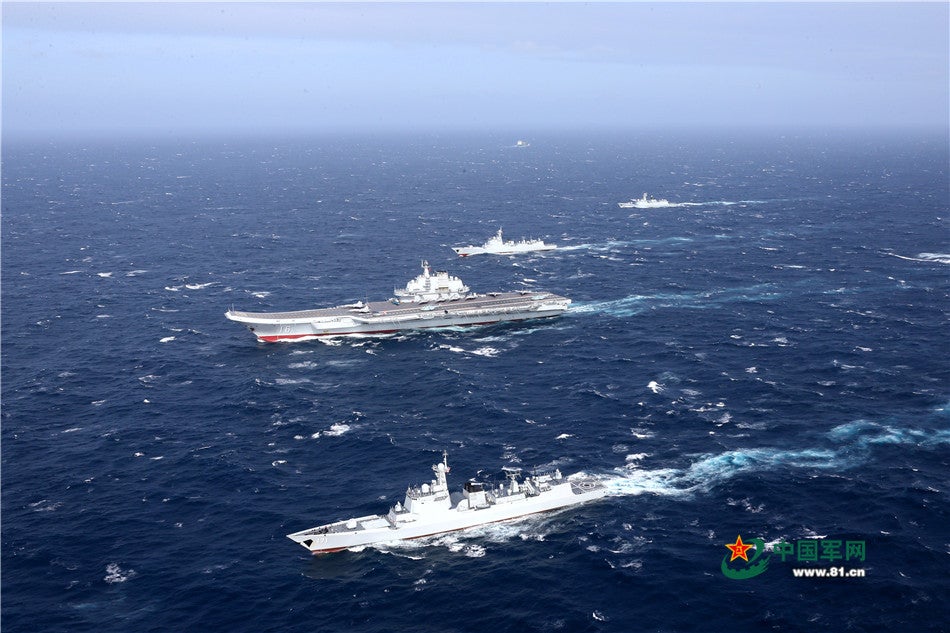 A Silent and Loud Message

The Liaoning CVBG moved through disputed waters in the South China Seas on its first operational voyage.

The air group will likely still use J-15 fighters for multi-role purposes, along with an electronic warfare mission variant. For dedicated air superiority mission, the air group could also have fifth-generation stealth fighters, most likely navalized versions of either the J-31 or even the J20. The EMALS catapult could allow the Type 003 to launch aircraft with a takeoff weight of up to 50 tons, including aerial tankers, airborne early warning aircraft (especially useful to guiding long range missiles against distant aircraft), anti-submarine warfare (ASW) planes, smaller cargo planes and strike aircraft. Given Chinese interest in unmanned vehicles, the Type 003 could come with a UAV for surveillance and reconnaissance. The Type 003’s air group will also have helicopters for ASW and search and rescue missions.

The CVBG’s escort elements will likely consist of Type 055 destroyers and a future Chinese frigate (Type 057?) with an integrated mast. The improved Type 055, upgraded from the current hulls under construction, would have integrated electric propulsion system to increase onboard power generation for sensors and direct energy weapons. It will likely also be armed with over a hundred long-range anti-air and surface attack missiles, in addition to carrying helicopters. Given Chinese interest in unmanned naval vehicles, those surface combatants would likely carry UAVs, UUVs, and USVs for mine countermeasure. For underwater escort, the accompanying submarine would likely be a Type 095 nuclear attack submarine, stealthier and more heavily armed than current Chinese attack boats. 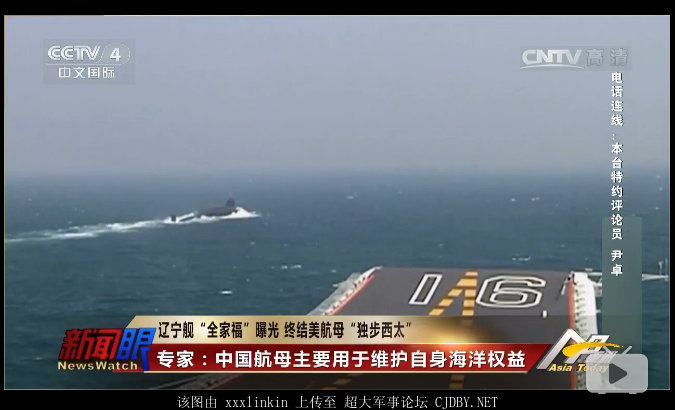 The Boomer and Carrier

A Type 094 SSBN, seen to the left of the Liaoning’s skiramp, accompanied the Liaoning on its maiden operational voyage. The massive combat power of the Liaoning CVBG would give it additional protection against other threats like submarines and ASW aircraft.

Depending on the CVBG mission profile, amphibious warfare ships like the Type 071 landing platform dock and landing helicopter docks be deployed to help disembark Chinese marines and air cavalry forces.

China Adds an Island to its Aircraft Carrier

Is this a Model of China’s Next Aircraft Carrier?