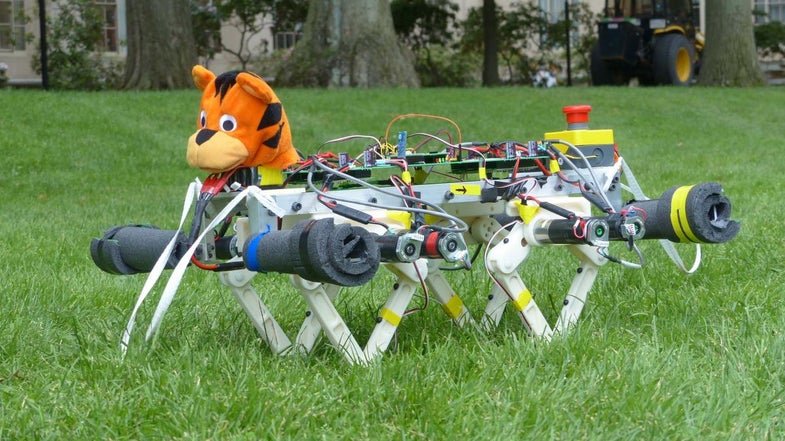 For MIT’s Mini Cheetah robot, the head is not a strictly required accessory. Instead, to give the lightweight and low cost ambulatory machine some character, the researchers attached a cartoon tiger’s head to the little robot. The effect is right on the border between the comically bad plateau and a horrifying descent into the uncanny valley.

I mean, just look at this thing. Look at how its head flops. That is not a thing that heads are supposed to do.

Created by Will Bosworth with colleagues at MIT and supported by funding from DARPA, Mini Cheetah is a tool for learning how to bumbling and bouncing machines move best. At just under 20 pounds and with a top speed under 3 mph, it’s a modest tool for exploring the wider world of legged robots. It has a long way to go to catch up to Boston Dynamics’ Cheetah, though.

Below, watch Mini Cheetah walk down a hill.