The People’s Liberation Army Navy (PLAN) is looking for new ways to expand its maritime logistical capabilities. While the PLAN...

The People’s Liberation Army Navy (PLAN) is looking for new ways to expand its maritime logistical capabilities. While the PLAN has focused on both denying enemy naval forces access to waters near China, as well as operating in said water, China needs a significant maritime transport capability to move forces and materials that can decisively influence events on lands separated from the Mainland by oceans. This can be achieved with both specialized platforms, as well as through ships taken up from trade (STUFT), which is the practice of naval forces adding merchant marine ships to their order of battle in wartime. 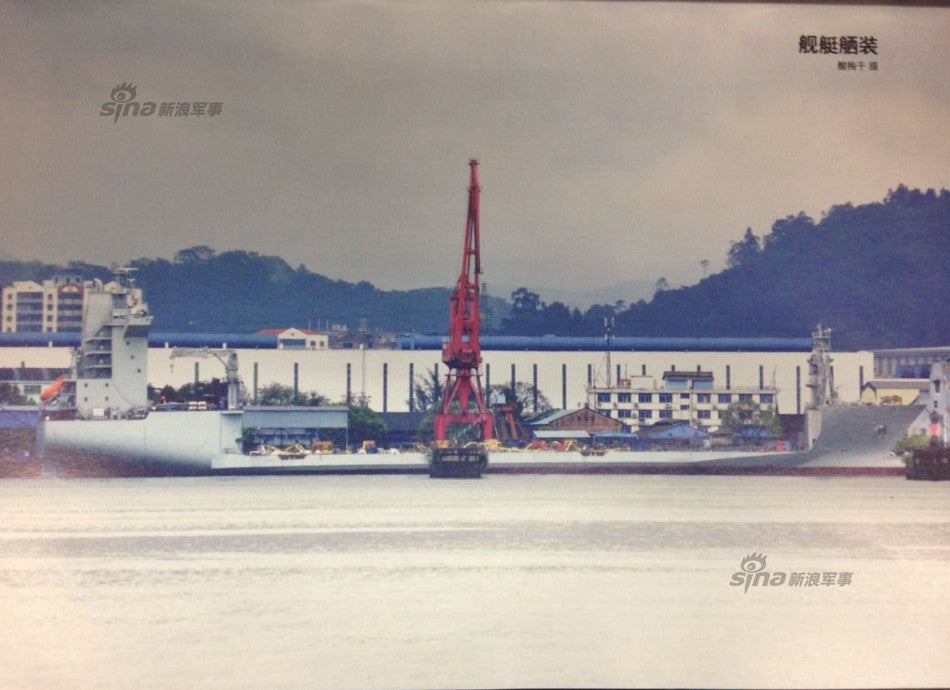 “H1138”, like the Guang Kua Kou, is a semi-submersible heavy lift ship, though the Guang Hua Kou is much larger than the H1138.

The “H1183” is a 50,000 ton displacement cargo ship with a giant staging platform installed at its waterline, which can accomodate a wide variety of hovercraft, helicopters, fast craft and armored fighting vehicles. Soon after its May 2015 commissioning, the H1183 was spotted carrying a Zubr class heavy amphibious assault hovercraft. The H1183 was launched by Huangpu Wenchong Shipyard, as the smaller Chinese equivalent to the U.S. Mobile Landing Platform. Its 33 meter by 120 meter submergible platform is large enough to carry up to three Type 726 hovercraft, which can transport one main battle tank from sea to land. MLP type vessels are intended to complement traditional landing platform docks by providing additional, cheaper sealift capacity for seabasing away from existing land bases, peacetime prepositioning, special force operations and disaster relief. 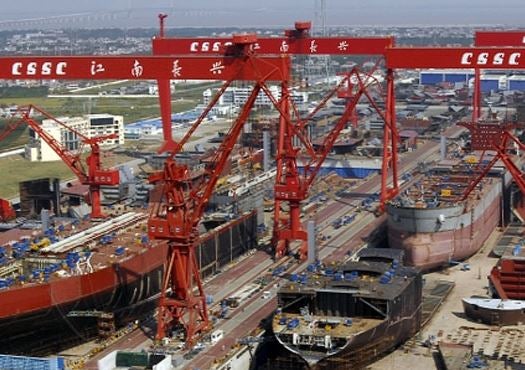 China has one of the world’s biggest shipbuilding industries by volume, which produced 39.05 million dry weight tons in 2014. 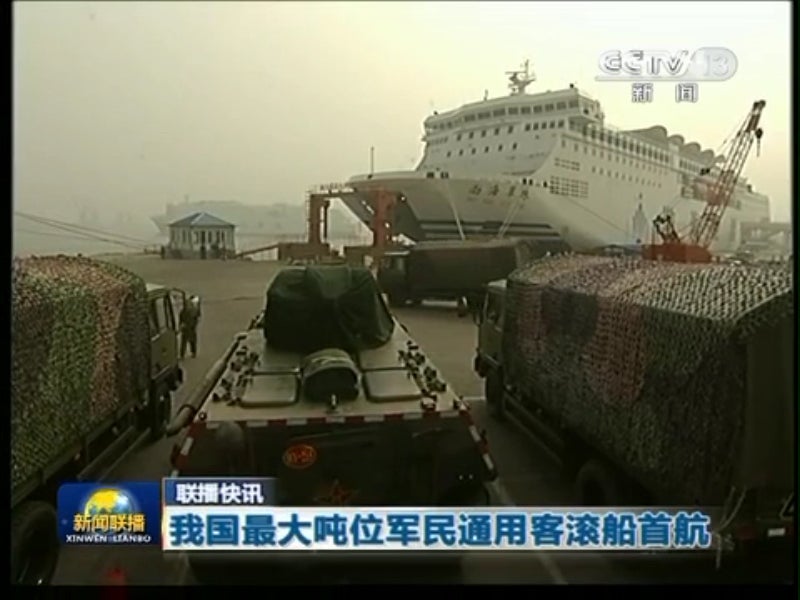 These technical changes will likely include the ability to install military grade communications and defense systems when needed, as well as stronger damage control mechanisms such as additional firefighting equipment. Such militarized new ships would likely be used not for limited skirmishes in the South or East China Seas, but rather in support of sustained maritime, amphibious and regional power projection campaigns, such as around the Taiwan Straits, Gulf of Aden or North Korea. Given China’s status as one of the world’s largest shipbuilder by displacement, including those five categories of transports, and a large merchant marine fleet, the PLAN will not come up short when mobilizing immediate SHUFT capacity. 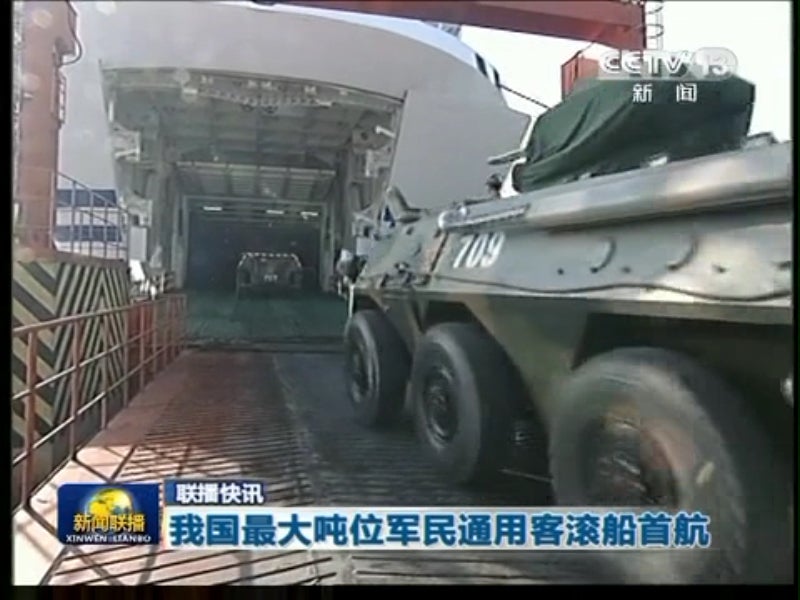 It’s Not A Vacation

WZZ51/Type 92 armored personnel carriers, armed with 25mm autocannons, quickly roll onto a commandeered RO/RO ferry during exercise. A properly trained battalion of several dozen tanks or other armored vehicles could exit a RO/RO ferry in half an hour, to launch a rapid amphibious attack.

Roll-on/roll-off (RO/RO) carriers are especially interesting given that while they normally transport cars and other automobiles, which drive onto and drive off of them at ports. As shown by U.S military practice during the Gulf Wars, RO/RO carriers can be easily mobilized to dock at a captured or friendly port to quickly drop off a battalion from its ramps. If Chinese amphibious or special forces capture an enemy port, a RO/RO carrier could be brought in to quickly disperse mechanized infantry to seize the surrounding city in a rapid campaign. RO/RO carriers would also allow for the speedy deployment of follow on logistic equipment, and anti-access systems like surface to air missiles. While China’s global economic and infrastructure projects are primarily motivated by civilian concerns, it would be likely that the PLA would mobilize them for wartime usage.