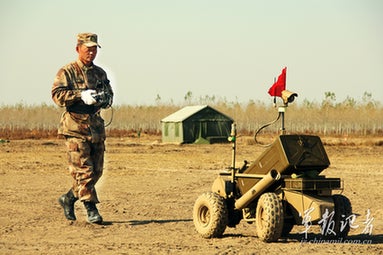 Chinese combat engineers have a new mine clearing robot that’s going to accompany troops onto the battlefield. While many other nations have built mine sweeping robots, such as the U.S.’s Panther (an unmanned M60 tank chassis with chainlink flails), this new robot is actually armed with exploding mine clearing line charges (MCLC). Imagine it a bit like a rocket-armed R2-D2 or BB-8. 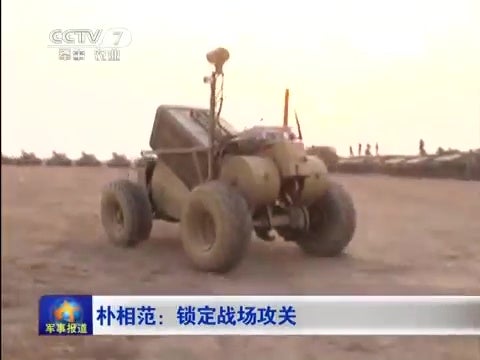 The rocket robot carries about 40 to 50 meters of explosive rope coiled inside its dark green ammunition box. The explosive rope is attached to two rockets on either side of the robot for launch over minefields and other obstacles. 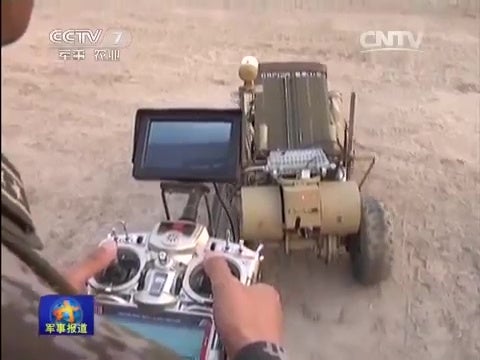 The remote control for the rocket robot includes a top-mounted screen for viewing video feed from the robot’s camera mast, standard RC control system and another screen for receiving updates from the robot. Remotely operating a MCLC launcher would allow engineers to clear minefields quickly, while avoiding enemy fire by using robot proxies.

The rocket robot consists of a simple four-wheel chassis, with an ammunition box at the front, and the motor, control systems, camera mast and communications antenna at the back. Each side of the robot has a small rocket launcher, able to fire a MCLC consisting of a rocket tied to a string of explosive charges. When fired, the rocket pulls the explosive line out of the ammunition box and into flight, crossing over the minefield. When the rocket motor burns out, the explosive line falls into the minefield and detonates, destroying all mines under it. Since the MCLC’s explosives are all attached to the line, their explosions would create a straight, mine-free path for infantry. A light MCLC like the rocket robot’s would have a range of about 40 to 50 meters, and clear a lane 1 to 2 meters wide and 50 meters long. 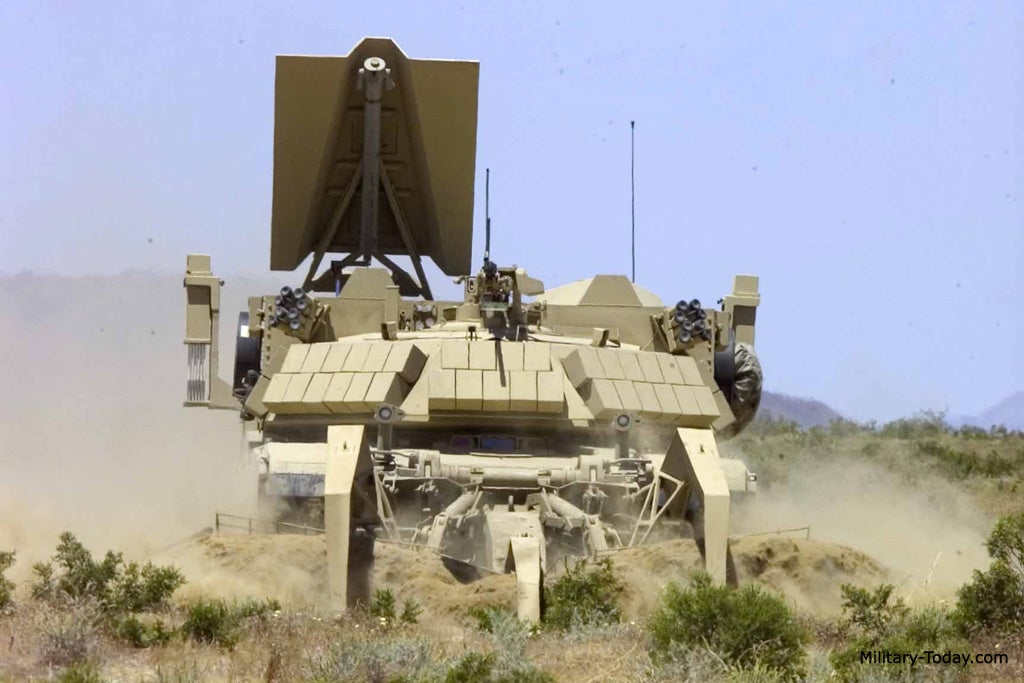 The USMC’s Assault Breacher Vehicle fires large amounts of explosive MCLC to clear battlefield mines, and is heavily armored to boot. But at 72 tons, it has a huge logistical tail and a smaller MCLC vehicle like the rocket robot is something that most company and platoon leaders could reasonably expect to have.

The rocket robot might not be big as others, such as the U.S. Marines’ 70-ton Assault Breacher Vehicle, but it will provide quick relief to small groups of infantry that need to immediately breach minefields. Infantry platoons, companies and special forces can take this small robot along for attached MCLC capability, rather than needing a tank-sized vehicle or heavy trailer. Unlike man-portable MCLCs such as the Antipersonnel Obstacle Breaching System (APOBS) that require assembly, the rocket robot’s MCLCs can be fired instantly (and engineers don’t need to lug around 125 pounds of explosives). What’s more, combat engineers can take cover during firefights while remotely operating the rocket robot to breach manned defenses. Like other remotely operated vehicles, it can also double as a scouting tool. 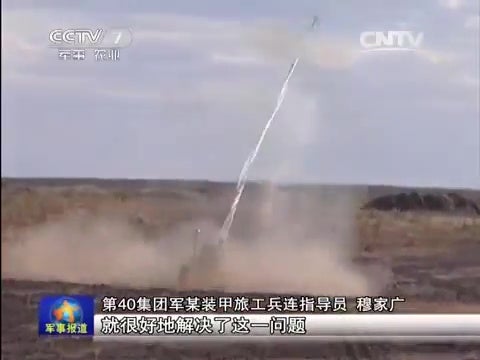 The rocket robot deploys its rocket-pulled explosive lines; you can see the white explosive rope behind the cloud of rocket smoke. While the explosives are meant to quickly remove mines in battlefield situations, they could be repurposed to blow up infantry inside buildings or trenches.

MCLCs may have been intended for quickly clearing paths through minefields, but they have also proven to be nasty urban warfare weapons. For instance, Syrian government forces use them to clear out entire streets in the Syrian Civil War. China’s willingness to deploy this new addition it its growing family of combat robots should not be too surprising, as the machine gun-armed Sharp Claw 2 robot was offered for sale at the Zhuhai 2014 Airshow.

Are Weaponized “Crab Walkers” the Future of Chinese Land Wars?