About a year ago we got our first look at DARPA’s Cheetah ‘bot via a concept drawing that looked more... 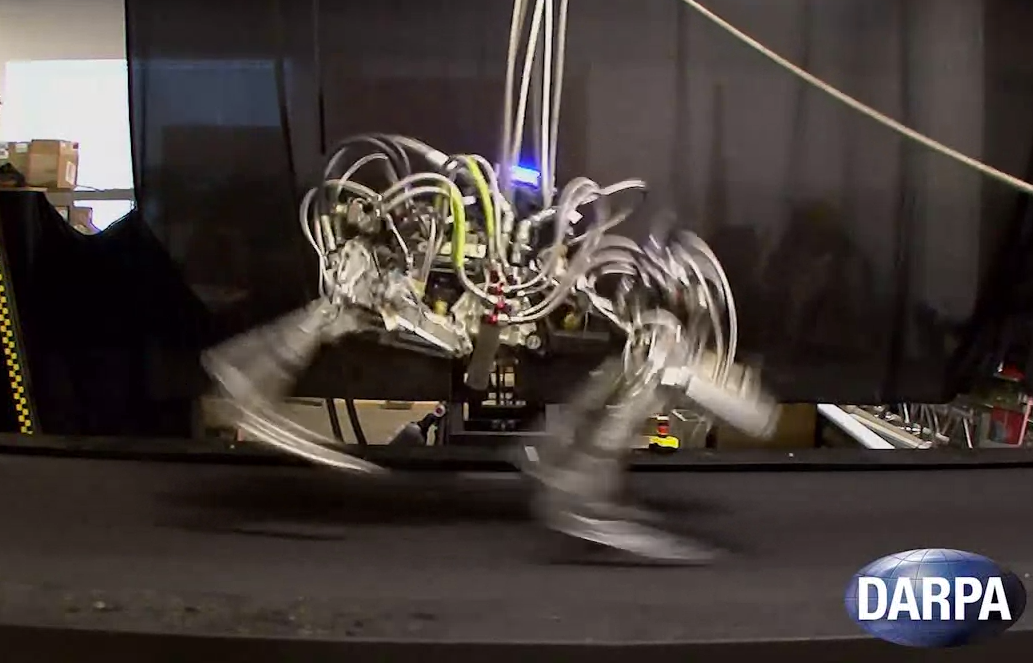 About a year ago we got our first look at DARPA’s Cheetah ‘bot via a concept drawing that looked more like a storyboard frame for a Transformers film than real, live robotics. Today, we get to see much more than a concept. In a video released by DARPA, the Boston Dynamics-built Cheetah hits the treadmill, notching what DARPA says is a new land speed record for legged robots at 18 miles per hour.

DARPA hasn’t said explicitly what it expects from the robot or what its military application would be. But 18 miles per hour is just the tip of the iceberg. Boston Dynamics engineers said previously that they see no reason why their bio-inspired ‘bot can’t run as fast as their flesh-and-blood counterparts someday. That’s something like 70 miles per hour.

We’re clearly not there yet, but Cheetah does appear to be hitting its stride, flexing and un-flexing its spine as it moves just as a real cheetah does, increasing its stride and running speed in the process. Later this year Cheetah will come out of the lab and perform its first untethered, free-running tests.