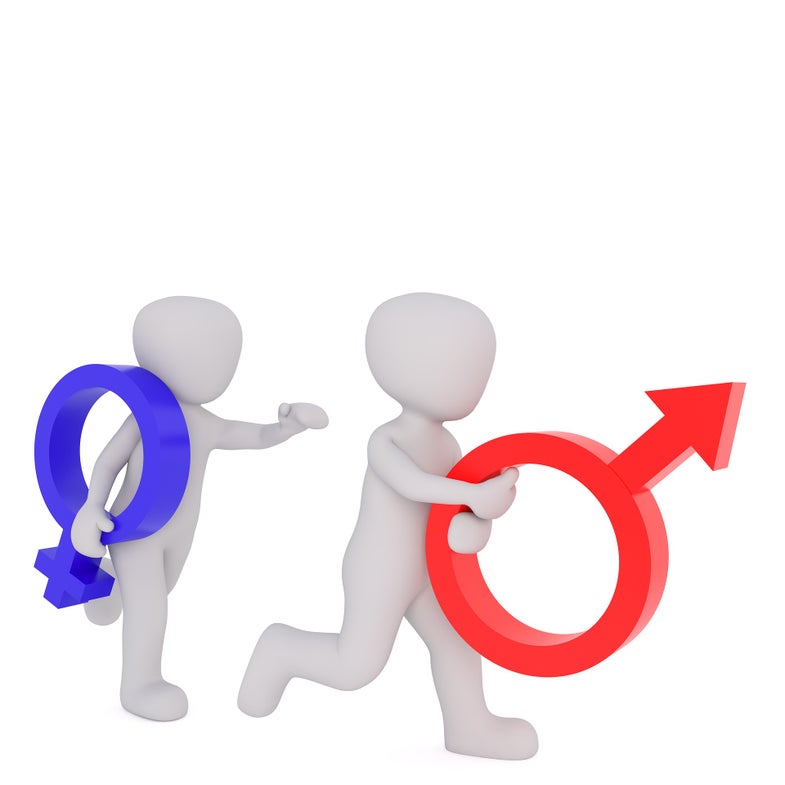 The biological differences between men and women can affect the way they react to certain drugs and treatments, according to a new study in Nature Communications. If this sounds like a no brainer, you probably haven’t looked at many biomedical studies. As PopSci noted earlier this year, biomedical researchers experiment almost exclusively on male animal subjects. A 2011 study found that animals in medical research are up to five times more likely to be male than female.

That’s a problem, because what happens in men is not necessarily a template for what happens in the whole population. Results in rodents are already difficult to translate to potential outcomes in humans, but leaving female animals out of the mix could make for even less predictable reactions. The new study indicates that sex has an impact on 56.6 percent of quantitative traits (things like bone density) and roughly 10 percent of qualitative traits (like whether or not a mouse’s head was shaped normally). All of which makes sense. We know that certain diseases—lupus and urinary tract infections, for example—are more prevalent in human women than in men. Other diseases, like heart disease, have different qualities depending on sex. The protective effects of estrogen on the cardiovascular system mean that biologically female patients tend to develop heart disease later in life than male patients, for example. As estrogen declines with menopause, the likelihood of heart disease increases.

While it’s long been known that this blind spot exists in the scientific world, the actual impact on results has been less clear. The new study aims to quantify the differences between male and female study subjects, known as sexual dimorphism. The team analyzed up to 234 physical characteristics in more than 60,000 mice—14,250 wildtype animals, or animals as they typically occur in nature, and 40,192 mutant mice from 2,186 single gene knockout lines. Knockout mice have been genetically engineered, with researchers making a single gene inactive to show what role it plays. The 40,192 mice had a total of 2,186 genes knocked out (though no more than one single gene was knocked out per mouse).

As it turned out, sex altered the mutation effects by 17.7 percent in quantitative traits, and 13.3 percent in qualitative traits. And in some cases, the only way to discover the difference was to study both sexes. So while gene therapies may hold promise for treating and curing human disease, a sex bias in rodent trials could mean that biological men benefit much more from these advances than their female counterparts.

The researchers are simply working to confirm something that an increasing number of scientists acknowledge: sex matters. People who menstruate, can potentially have children, have organs that biological males do not. They metabolize drugs differently and can have drastically different responses to all manner of medical interventions. In fact, medications are most likely to be pulled off the market because of adverse reactions in women—something that could easily be avoided if drug manufacturers were equally rigorous in testing drugs for both sexes.

When female subjects are included in studies, they tend to be tested (as PopSci noted in our recent article on sunscreen) when they are at their most “male-like,” biologically speaking—either when they’re menopausal or in the period before ovulation and menstruation. Researchers say that doing so makes their experiments simpler, because hormonal cycles add too many variables to the mix. The fact that this fails to account for the conditions under which many patients will actually take these medications is apparently inconsequential.

It’s been just under 27 years since the National Institutes of Health created the Office of Research on Women’s Health as a step to overcome the systemic exclusion of women from biomedical studies. Their worry was that clinical decisions in healthcare were being made for everyone based only on findings from studies conducted on male subjects. For over two decades, the National Institutes of Health has required that clinical trials—the last step before drugs make it to market—include women. While the number of women in clinical trials has increased, from nine percent in 1970 to 41 percent in 2006, women are still underrepresented in clinical trials and, as this new study makes clear, woefully underrepresented in animal trials.

“This study illustrates how often sex differences occur in traits that we would otherwise assume to be the same in males and females,” says study author Judith Manka, a geneticist at University College London. “More importantly, the fact that a mouse’s sex influenced the effects of genetic modification indicates that males and females differ right down to the underlying genetics behind many traits. This means that only studying males paints half the picture.”