As the Arctic gets warmer, our winters get colder

And our plants take a hit. 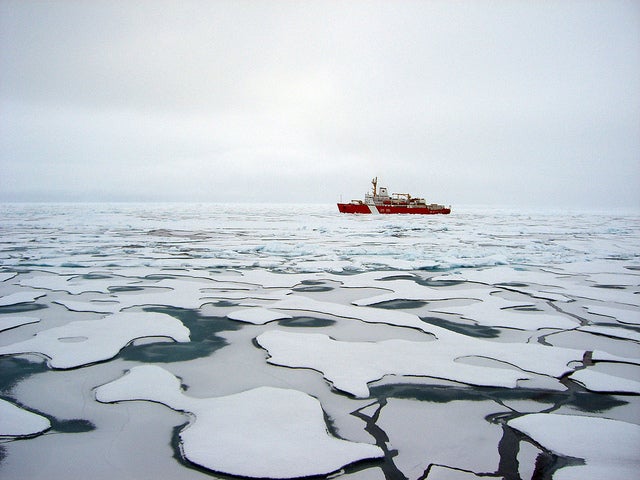 In the winter of 2015, New York City’s Hudson River froze—a rare occurrence. Prior to the 2000s, the record shows that the Hudson froze in 1720, 1780, and 1821—a period that overlaps with the so-called Little Ice Age, when the Northern Hemisphere was cooler overall. But since the turn of the century, the lower Hudson has frozen not once, but twice: in 2015 and 2003. Meanwhile in the Midwest, the National Oceanic and Atmospheric Administration (NOAA) recorded the winter of 2013-2014 as one of the region’s coldest on record. That is the year, according to Google Trends, that the terms “Polar freeze” and “Arctic freeze” entered the public lexicon.

We didn’t use those terms before because, as a new study released today in the journal Nature Geoscience highlights, we didn’t need them. More intense winters (and their increased frequency) are a new phenomenon courtesy of a warming Arctic.

If the idea that both very cold and very warm winters can be linked to climate change doesn’t sound intuitive, that’s because it isn’t. To figure this out, researchers from Pohang University of Science and Technology in South Korea and from the South University of Science and Technology of China analyzed a number of datasets, beginning with those related to something called teleconnection patterns.

Climate anomalies don’t happen in a vacuum, but are in fact related to each other even at great distances. The atmosphere acts like a giant, swirling pinball machine—changes in one place can trigger changes in another. We call those weather relationships teleconnections.

The El Niño-Southern Oscillation is perhaps the most famous teleconnection, and though we in the United States tend to experience El Niño directly as warmer weather, the weather effects are caused by changes in the atmosphere. In the case of El Niño, the atmospheric action is what’s known as the Southern Oscillation, a periodic change in atmospheric pressure across the Indonesia Tropical Pacific. This change in pressure triggers what we think of as El Niño type weather.

In studying teleconnections, the researchers recognized that as the Arctic (including Alaska and East Siberia) gets warmer, North America gets cooler in winter—a temperature change strongly correlated to shifts in atmospheric patterns. That shift in conditions, the authors found, also leads to less precipitation in the South-Central portion of the United States.

“The link found between Arctic warming and continental cooling is probably not a simple cause–effect mechanism,” writes Ana Bastos, a researcher at the Laboratoire des Science du Climat et de l’Environement, in an op-ed published alongside the study. She goes on to note that the effect is likely to vary between different regions, and that a closer look could make the relationship between these climate shifts more clear.

In addition to looking at how changes in the Arctic shift weather, the researchers also looked to see what those changes were doing to plant growth. And the consequences for agriculture don’t look great. Cold winters and springs lead to biological stress, causing problems in plants that linger even as the temperature warms.

This isn’t just bad for farmers, it’s bad for anyone who wants to mitigate the effects of climate change, which is itself driving much of the Arctic warming. We depend on plants to absorb carbon emissions—they’re what’s called a carbon sink. So if climate change warms the Arctic, and that triggers weather changes that cool down North American winters and dry out our farms, the resulting agricultural problems could actually make the Arctic warm even more quickly.

This study isn’t the first to find that shifts in teleconnections are leading to odd weather elsewhere. The 2010 heatwaves that hit Russia, for example, and which were found to be caused by climate change, were also linked to severe flooding in parts of India rarely subjected to rain. The message is clear: By messing with the climate, we’re fundamentally changing the weather systems we’ve come to depend upon for human survival.