Non-browning fungus may be en route to your delicious dinner 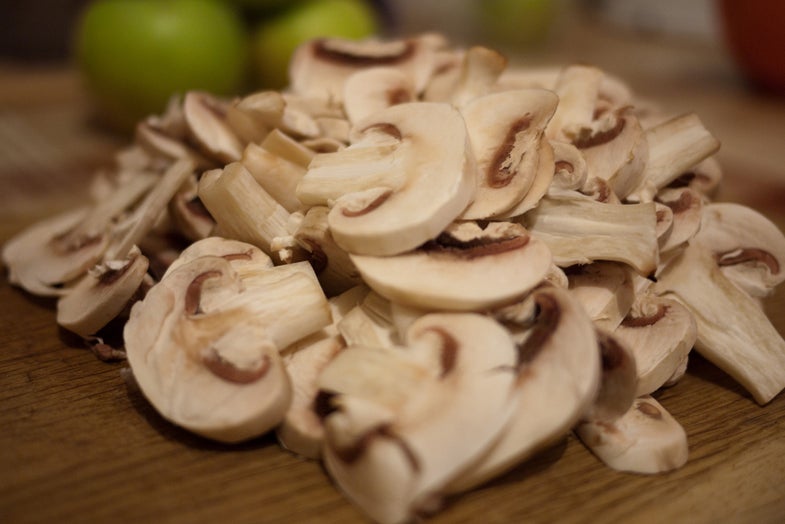 The U.S. Department of Agriculture has ruled that a white button mushroom that was genetically modified using the CRISPR method is not subject to USDA regulations.

The white button mushroom, like the Arctic Apple and some genetically modified potatoes, has been tweaked so that it doesn’t brown as quickly when cut and subjected to oxygen.

Produce typically browns when it comes into contact with oxygen because of an enzyme called polyphenol oxidase. So, in the case of this white button mushroom, a plant pathologist named Yinong Yang from Penn State University used CRISPR to delete some of the genes that create that enzyme. With the process, he was able to dull the browning enzyme’s work by about 30 percent.

Older methods of genetic modification involve introducing bacteria or viruses as tools to alter DNA. And because those organisms could become what the USDA calls “plant pests,” they regulate the plants that are modified in this way. CRISPR, however, does not require the introduction of foreign genes that could could become plant pests. Other gene-edited plants have also bypassed the USDA’s regulatory reach, but those were created using other methods. This mushroom is the first CRISPR-edited organism to evade the USDA’s regulations.

With the rise of a technology like CRISPR, the current regulations for genetically modified organisms is out of date. As such, the National Academies of Science, Engineering and Medicine are holding their first meetings to predict what biotech advances will affect the industry during the next five to 10 years, and discuss how to move forward with a new set of rules on April 18.

However, the white button mushroom may still be subject to regulations from the FDA or the EPA. If it reaches the point of commercialization, it could have a longer shelf life, saving consumers and grocery sellers money, and reducing waste.