Why are meat companies fighting over labels on plant-based foods?

Their efforts to limit use of the “m-word” could ultimately hurt their own sales. 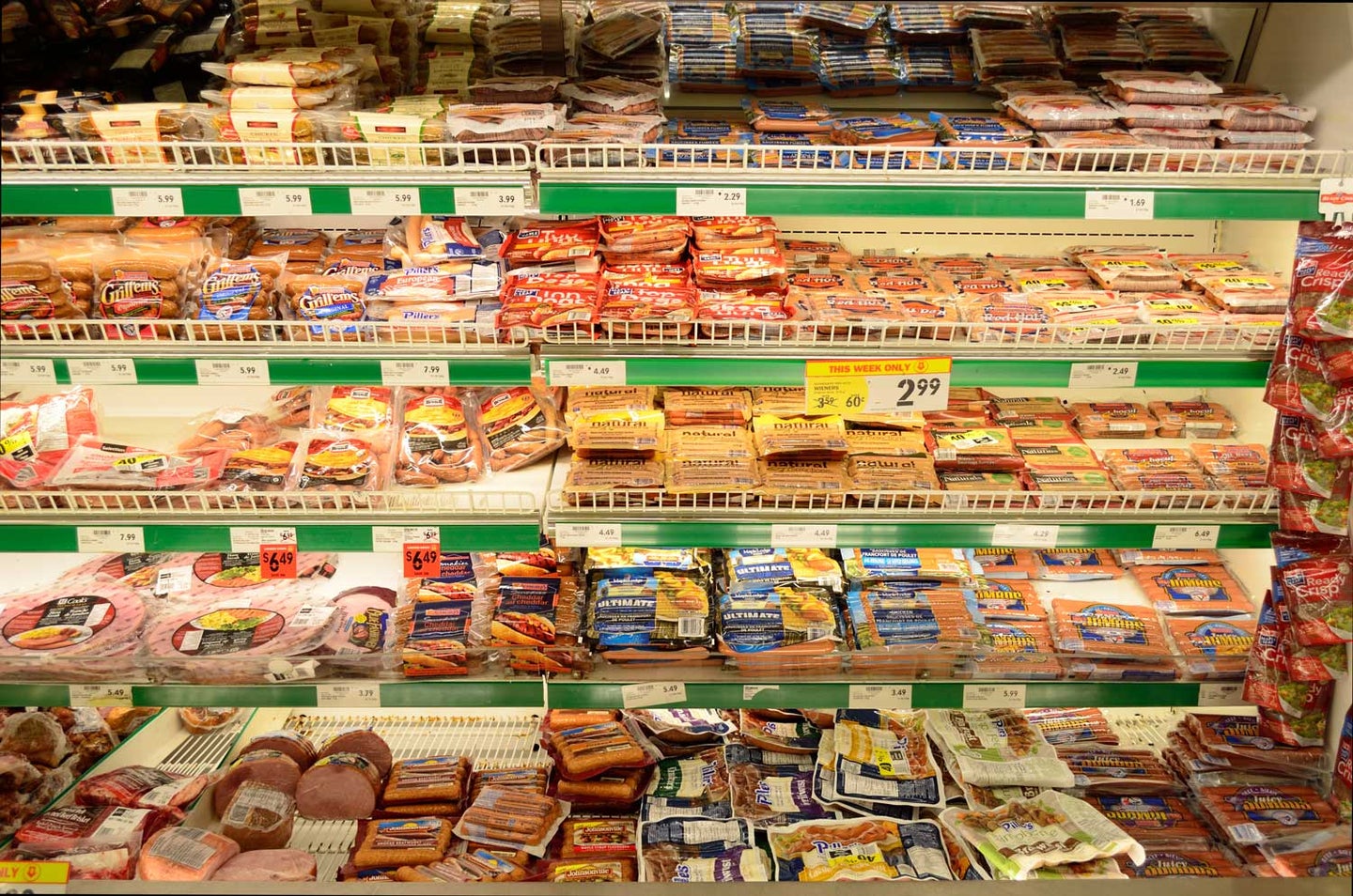 Substitutes for traditional meat products have captured the attention of investors, the media, and consumers. Plant-based meat options are showing up in grocery stores and on the menus at fast food chains like Burger King and restaurants like TGI Fridays.

These products are not necessarily targeted at vegans or vegetarians, who comprise around 2 percent of the U.S. population over age 17. Meat, on the other hand, is a well-established market. In 2018 Americans consumed 57.2 pounds of beef, 92.4 pounds of chicken, and 50.9 pounds of pork per capita.

Nonetheless, the meat industry is defending its turf—including in the grocery store. Missouri passed a law in 2018 restricting use of the word “meat” to animal-based proteins, and now more than 20 other states are considering or have enacted similar legislation. Countersuits have been filed, and the U.S. Food and Drug Administration is assessing whether the federal government should clarify differences between traditional and nontraditional meat.

How important are these labeling debates? We are agricultural economists and have published a number of studies examining how consumers respond to changes at the grocery store. One key takeaway is that small labeling changes are unlikely to induce large changes in the way people purchase food. Indeed, we believe restrictions on what can be called meat could ultimately strengthen pushback against the meat industry.

Academic studies of other food technologies, such as genetically modified organisms, have found that consumers generally prefer a labeling policy to help guide their decisions. To explore how regulations specifying what can be labeled “meat” could influence consumer decisions, we conducted a survey with Cornell University economist Chris Wolf and graduate student Benjamin DeMuth of 1,502 food households across the United States. We wanted to find out how regulating use of the word “meat” could affect consumers’ understanding of ingredients and nutritional content, along with their food choices.

Approximately half of our respondents were shown products with the type of labels that grocery stores use now, where nontraditional meat is labeled as “meat.” The other half viewed products with labels that described plant-based and cell-based products as “protein.” Our key question was whether forbidding food manufacturers from labeling plant-based and cell-based products as “meat” would make consumers more or less confused about these products’ ingredients and nutritional content.

Responses suggested that consumers don’t understand the nutrition of the foods they purchase, and are especially likely to overestimate the nutrition quality of plant-based alternatives. Respondents who were shown the current labeling scheme overestimated the amount of cholesterol, protein, sodium, and trans fats in both meat and nontraditional meat products, but underestimated their calorie contents.

When we asked people how many calories they thought various products contained, they estimated that the plant-based Beyond Meat option contained 51 percent fewer calories than it really does. For traditional meat options, they underestimated calorie contents by 24 percent to 34 percent. Many people were even confused about the likely ingredients in their products. Approximately 30 percent of respondents thought the plant-based Beyond Burger contained ground beef.

These findings might seem to argue for government intervention and more specific labeling. However, respondents who viewed nontraditional meat products with labels that did not use the word “meat” were just as confused about ingredients and nutritional content. In sum, whether a product carried the m-word or not, consumers knew little about what it contained or whether it was good for them.

If laws restricting what can be called “meat” don’t reduce confusion, why are industry groups lobbying so fiercely for them? Some cynics argue that rather than protecting consumers, the industry aims to slow the growth of upstart competitors.

At the same time, key players in the traditional meat industry are investing in alternative meat products. Tyson Foods was an early investor in Beyond Meat and now plans to develop its own line of plant-based products. Kellogg, Kroger, Nestle, Conagra Brands, and Hormel Foods have all made significant investments in developing their own plant-based meat substitutes.

Arguably, these companies could hurt their own new business lines if they successfully promote labeling restrictions that make consumers less willing to switch from animal-based proteins to plant-based substitutes. To test this possibility, we conducted an experiment in which we asked consumers to choose between packages of Beyond Meat, frozen beef patties, fresh beef patties, and a lab-grown alternative not yet available on the market.

These options were displayed multiple times at varying prices, which allowed us to assess how price differences affected consumers’ decisions.

We found that eliminating the word “meat” from nontraditional meat product labels did not affect the percentage of consumers who chose traditional meat products. The only noticeable difference was that when meat alternatives were labeled as such, more people opted out of purchasing any option. Our data suggest that at least in the short run, the meat industry has little to gain from advocating for labeling restrictions on these plant-based protein companies.

What should be done? Although consumers know astonishingly little about the nutritional content of either traditional meat or nontraditional alternatives, our results suggest that forcing alternative meat companies to use labels that more clearly distinguish themselves from the traditional offering is unlikely to transform the way consumers make decisions.

Costs associated with labeling legislation are nontrivial, and restrictions on what can be labeled meat could ultimately have the reverse effect desired by the meat industry. Stiff industry pushback against mandatory GMO labeling generated such strong consumer backlash that the US ultimately adopted mandatory national labeling.

One option would be requiring grocery stores to stock alternative meat products in separate areas from traditional meats. But even this less-restrictive approach could have unintended consequences. Grocery stores operate on razor-thin margins, and restricting revenues from slotting fees—which wholesalers pay to grocery chains for optimal placement on shelves—could critically affect stores in precarious locations, including rural and urban food deserts.

A less risky strategy would be supporting and subsidizing grassroots consumer-education programs. Land grant universities are uniquely positioned for this role, and extension specialists throughout the country already conduct community-based food and nutrition education programs. Our research suggests that this kind of outreach could help consumers make better choices about meat of all kinds.

*Trey Malone is an assistant professor at Michigan State University.

Brandon McFadden is an assistant professor of applied economics and statistics at University of Delaware.

This article was originally featured on The Conversation.*