The term GMO usually evokes agriculture—herbicide-tolerant or insect-resistant crops, for example, or rice fortified with vitamin A. But two plant... 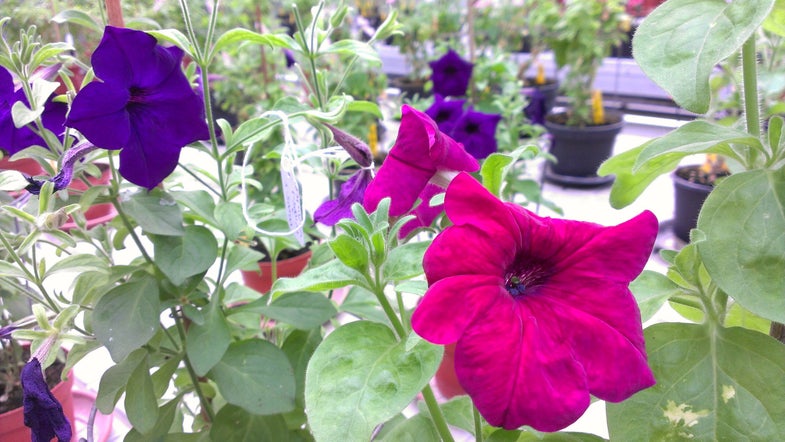 The term GMO usually evokes agriculture—herbicide-tolerant or insect-resistant crops, for example, or rice fortified with vitamin A.

But two plant molecular biologists in Colorado hope to introduce a GMO for the garden: a petunia that changes color. The team launched a crowd-funding project to support the research on Indiegogo today. (Although the work is underway, the flowers won’t be available until they are fully developed and pass federal regulations, which could take a couple of years.)

The decision to make a garden variety GMO is partly driven by a desire to make the technology more accessible. “When people talk about GMOs, a lot of things get conflated with the agricultural practices, the large corporate nature of the science—that sort of thing. We’re two independent scientists and we’re definitely not going to be mono-cropping petunias.” says Keira Haven, the CEO of Revolution Bioengineering, the company behind the plants. “It’s a place outside of the traditional context where people can interact with the technology and hopefully find some wonder and delight.”

Haven and her business partner, Nikolai Braun, chose the petunia partly because the molecular pathways for the pigments responsible for its petal colors—called anthocyanins—are well studied, making them easier to engineer. Petunias are also a garden bestseller, which means there may be a big market for a variety that changes color. “Really what we’re kind of after is grandma,” says Haven. “It’d be great if grandma thought hey, I love that. Those are the folks who are not exposed to bioengineering in any other way.”

Haven and Braun hope to develop several versions of the flowers. The first will change color on demand. Here, the team will engineer anthocyanins with yeast genes that are sensitive to alcohol: spritz a bloom with beer, for example, and it will shift from white to red. This particular flower will be part of an art installation, possibly in London. If they raise money beyond their goal of $75,000, they plan to add new colors and patterns as well as plants that give off unusual scents such as vanilla. And if they raise $485,000 or more, they will work on a version that will change petal colors throughout the day by tweaking genes related to the plant’s circadian cycle. 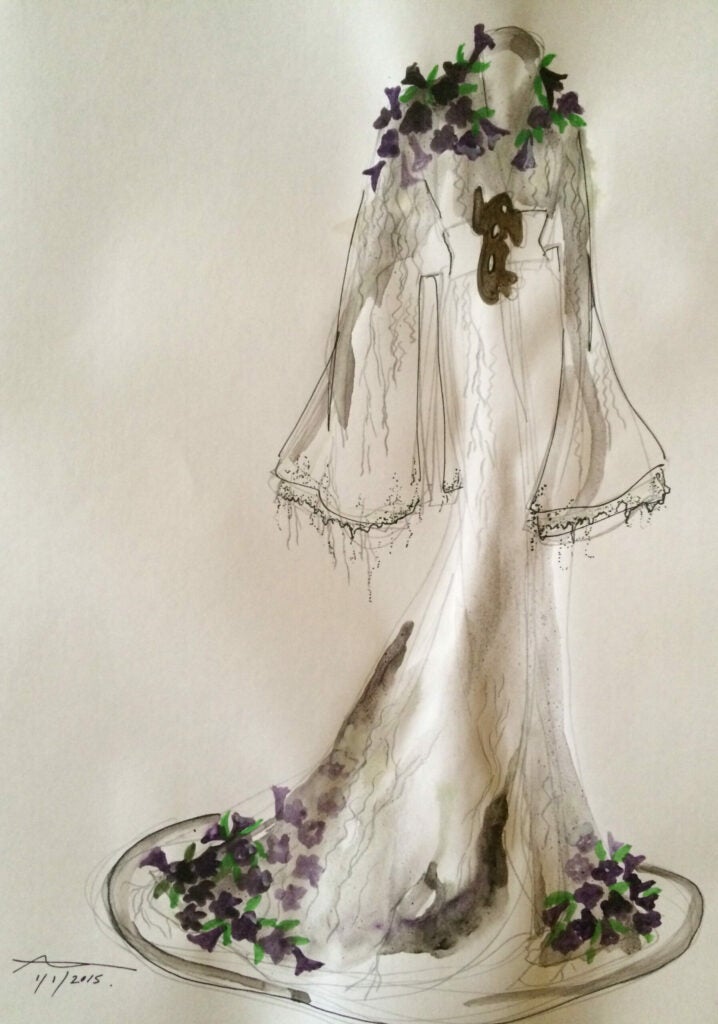 Part of the Indiegogo project will fund an art and science project called “The Living Dress” .

Whether Revolution Bioengineering can pull the petunia project off remains to be seen. For starters, plant engineering is no easy feat. The team is using technology that shoots engineered DNA into a target plant with a gene gun. It takes a lot of tries to hit the right spot to produce a plant with the desired characteristics—big agriculture companies that use gene guns may try thousands of times before landing on the right fit, for example. (Braun says their project won’t have the capacity to transform this many plants at once.)

In 2013, a similar project—this one with a plant engineered to glow in the dark, providing an electricity-free light source—launched on the crowd-funding website Kickstarter. The plant’s developers raised nearly half a million dollars, more than seven times their goal. But the project’s backers still haven’t received their rewards—seeds or plants, depending on the amount of money they donated. “We don’t have a confirmed shipping time yet, it will depend when we think [the plants are] ready and bright enough,” says Antony Evans. “Our backers are very patient so far.” The general public can preorder the glowing plants on the company’s website, too, which Evans says will be filled once the Kickstarter rewards are complete.

Then there are the regulatory hurdles. The glowing plant project prompted a debate over GMO regulation and Kickstarter ultimately banned future projects from giving away GMOs as rewards. According to a Kickstarter spokesperson, the company currently has no plans to revisit the policy. Still, in December the USDA confirmed that they would not regulate the plant because it doesn’t appear to be a potential pest to other plants, the same reasoning behind the recent deregulation of the Arctic apples.

Finally, there are the financial considerations. Engineering plants is an expensive business, but if the Glowing Plant project is any indication of the potential success, the petunia project should handily hit its goal.

So, what do you think, readers? Would you buy a color-changing GMO flower? Let me know on Twitter or by email at ourmodernplagues@gmail.com.