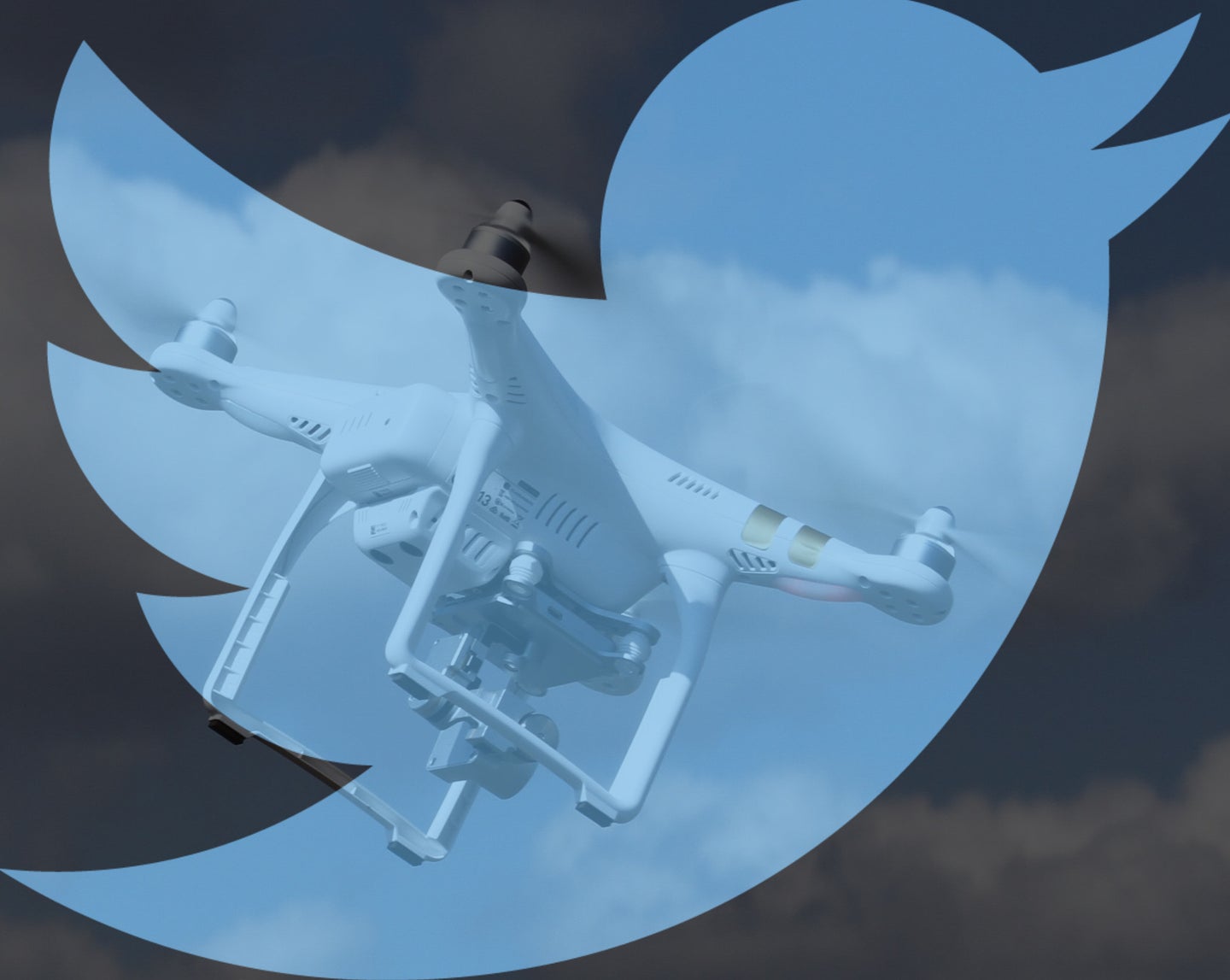 Years after Twitter named its service, posts, and iconography after things birds do, it seems they’ve finally decided to take tweeting to the skies. Twitter filed a patent this past summer, which was published last Thursday, for a vague “Messaging-Enabled Unmanned Aerial Vehicle (UAV).” According to the patent, the drone could record and transmit videos, which is standard stuff. It could also be controlled by “commands embedded in messages and directed towards an account associated with the UAV,” like by tweeting at the drone. And in a move that would drive the safety-obsessed FAA nuts, it wouldn’t just be one person tweeting at the drone, but “UAV control may be determined through democratic means.”

Imagine for a moment that a group of people are playing with a Ouija board. All hands on the selector, the board manages to spell out a confession from someone in the group. Yes because everyone had their hands on the piece, it’d be impossible to attribute that statement to any specific person. From a regulatory standpoint, a drone controlled by the crowd is probably a nightmare for the FAA, which just started a major drone registration campaign.

From a practical standpoint, it’s also probably a disaster without strong controls. Last summer, people set up a game of Pokemon on a popular game streaming site, Twitch, but with a catch: The game was controlled by commands from people watching it, leading to a messy ouija-board like experience for the player and everyone involved.

If implemented, a tweet-controlled drone could be a fun party trick, or a great stunt at a live event, but it’s hard to see how handing the controls of a flying machine over to a pool of crowdsourced pilots will end in anything other than selfies and disaster.