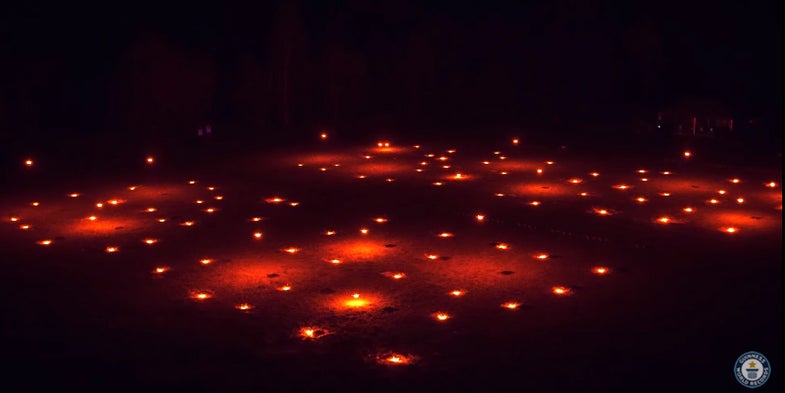 Last week, at CES in Las Vegas, venerable microchip maker Intel showed a film of a swarm of 100 drones performing a spectacular light show. Guinness World Records recorded it as “Most Unmanned Aerial Vehicles (UAVs) airborne simultaneously” and that’s quite possibly true, if we understand “airborne simultaneously” to mean “under the simultaneous control of a single team.” In September, the FAA estimated at least 1 million drones would be sold in the holiday season along; it’s hard to imagine that there have never been at least 100 in the sky at the same time before this.

Still, Intel’s drone stunt was stunning. Flown at an airport near Hamburg, Germany, the 100 drones danced to an orchestra performing Beethoven’s Fifth Symphony. The drones carried multicolored lights, and were controlled by computers using Intel software. The drones moved and their lights changed creating a spectacle halway between laser light show and robot fireworks. Neat!

Watch and listen below: