Did An Armed Chinese-Made Drone Just Crash in Nigeria? 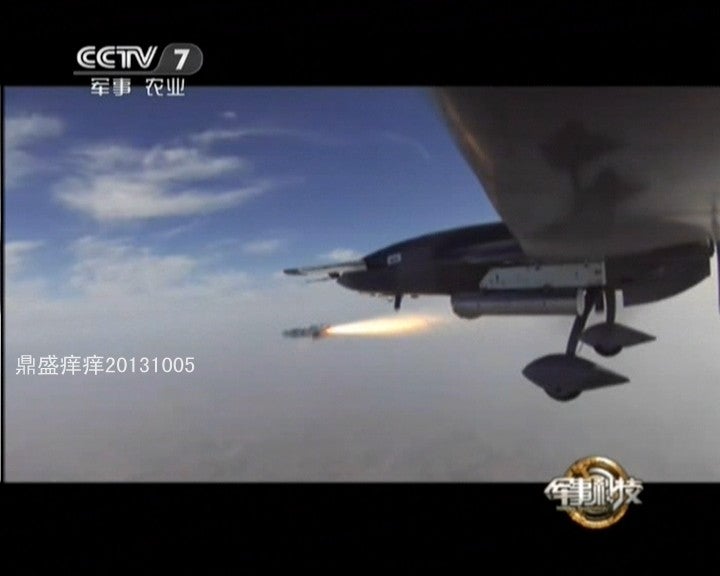 This CCTV 7 broadcast from October 2013 shows a CH-3 UCAV firing a AR-1 anti-tank missile at a ground target. While the U.S. and allies have been reluctant to export UCAV technology, China has been far less shy, with Nigeria, Pakistan and Saudi Arabia as probable customers already. CCTV 7
SHARE 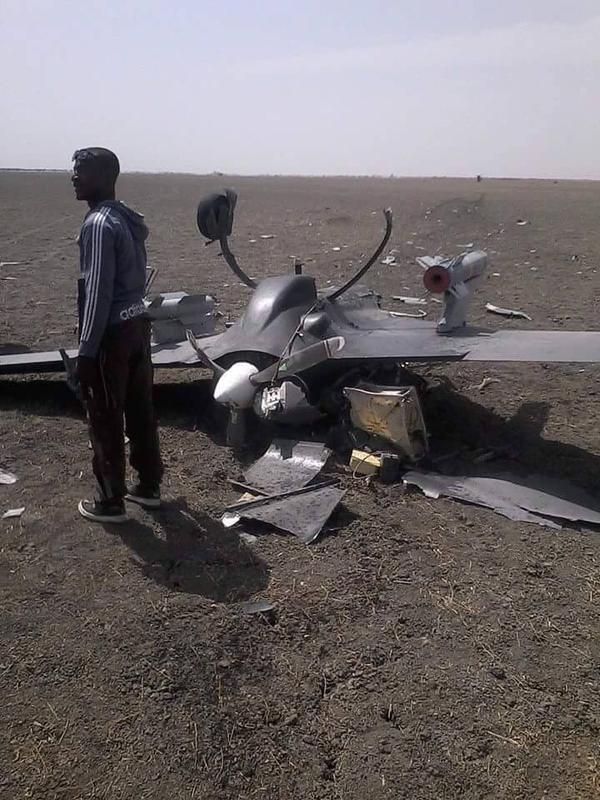 This January 25, 2015 photo appears to show a Chinese made CH-3 drone, owned by Nigeria, which has crash landed upside down. The two AR-1 ATGMs attached to its wing pylons suggest that Nigeria is turning to drone strikes as the bloody war against Boko Haram continues.

As the brutal Boko Haram insurgency has entered its 7th year in Nigeria, the relationship between the government and China has deepened. In many ways it is a match of needs. The Nigerian military has a pressing need for counter-insurgency (COIN) equipment, such as drones, MRAP vehicles and smart bombs (many of which the US has been unwilling to provide the government due to human rights concerns). China is seeking to be a first tier exporter of such modern military systems as well as has a massive domestic demand for oil.

This CCTV 7 broadcast from October 2013 shows a CH-3 UCAV firing a AR-1 anti-tank missile at a ground target. While the U.S. and allies have been reluctant to export UCAV technology, China has been far less shy, with Nigeria, Pakistan and Saudi Arabia as probable customers already.

The result has been the export of Chinese weapons, fighters, warships and now it appears armed drones to Nigeria. On January 25, 2015, a photo appeared on online at Beegeagle’s Blog, appearing to show a CH-3 UCAV which crashed upside down near Dumge village in the Mafa District of Borno Province. The two anti-tank missiles on the CH-3’s wings appear to be intact. Borno is the area where much of the Boko Haram violence, including the massacre of 2,000 civilians, occurred in 2015. Currently, the Nigerian military is fighting to hold onto the city of Maiduguri against a Boko Haram onslaught, so it appears likely that the CH-3 in question was flying reconnaissance and fire support missions for the Nigerians when it crashed. 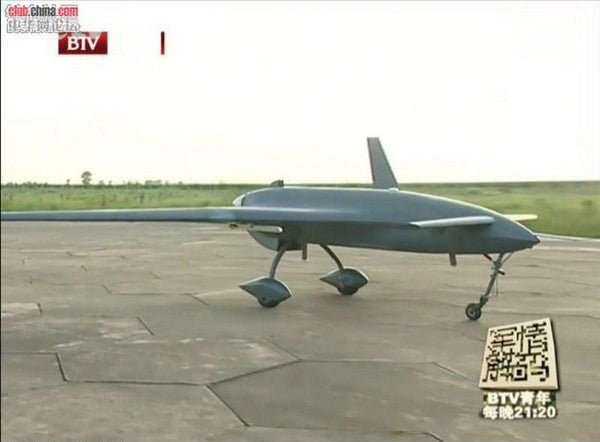 The CH-3 is a medium sized UAV capable of undertaking attack missions out to 200km (the range of its ground station). It has a tricycle landing gear arrangement, along with two rectangular canards forward of the wings, and a three bladed propeller.

The CH-3 is a medium UAV built by the China Aerospace Science and Technology Corporation. This 256km per hour, 630kg drone has a wingspan of about 8 meters, and the combat version can carry a 100kg payload. Judging by photos of the CH-3 during Chinese testing, the missiles would likely by 45kg AR-1 anti-tank missiles, which are roughly equivalent to the American Hellfire missile. The CH-3 is also in Pakistani service as the “Burraq” UCAV. 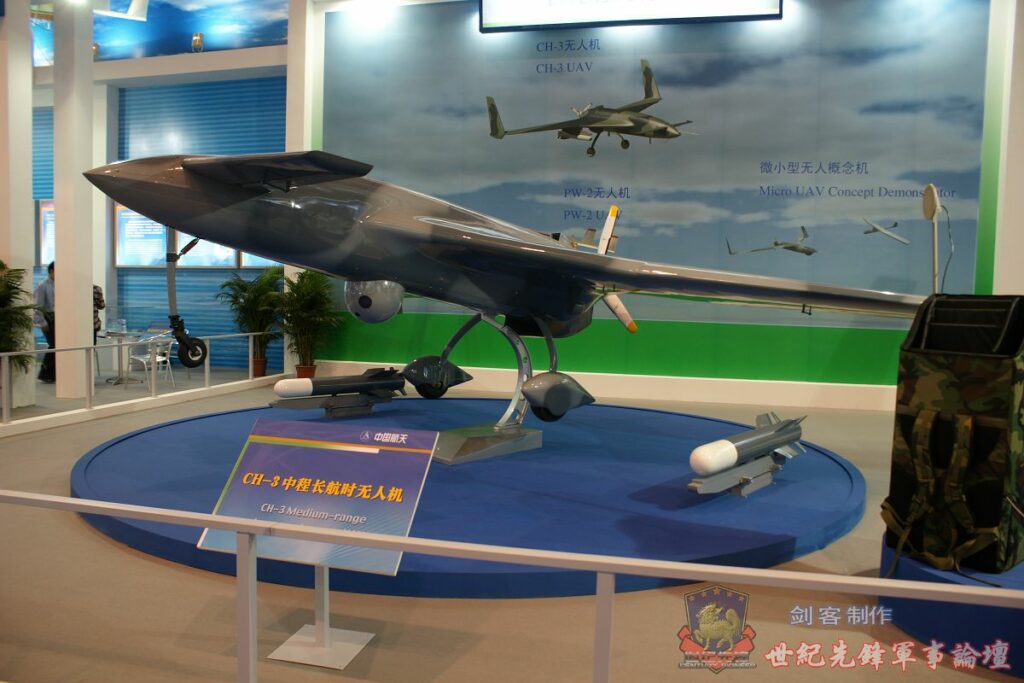 The CH-3 has been available for export since 2010, even then, China was pushing its precision strike capabilities as a key selling point.

Despite damage to the tricycle landing gear and upper forward fuselage, this CH-3 appears to have crash landed due to mechanical or control difficulties. This is in line with most other global UAV combat losses to date. As the CH-3 has a cruise altitude of 5,000m and a flight ceiling of 6,000m, it is unlikely that Boko Haram would have the necessary heavy anti-aircraft weaponry or training to do so. Despite this particular CH-3’s inglorious fate, it is a good illustration that Chinese drones are likely to be flying over Nigeria and many other insurgencies around the world for time to come.

Thanks to Broccoli at Sinodefense Forum