How to check for and possibly prevent allergies in children

Allergies are still on the rise, but parents may finally have ways to fight back. 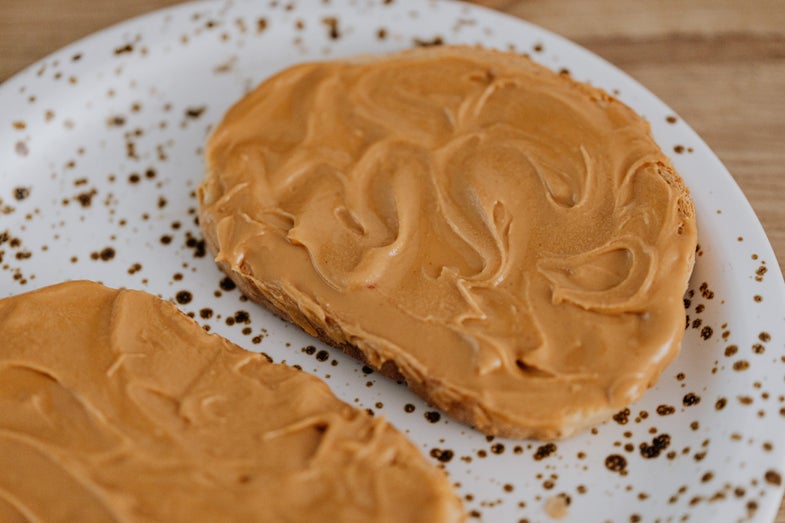 When should you introduce peanuts and other allergens to your kids?. Karolina Grabowska/Pexels
SHARE

This post has been updated. It was originally published on October 27, 2017.

If you want to get into a heated playground debate, tell someone you’re feeding your baby peanut butter. Parental advice is practically a blood sport—especially when it comes to an allergic reaction and potential anaphylaxis—and it’s not without reason. But the truth is that most parental units are probably not up to date on the latest and greatest ways to keep their kids allergy-free.

Immunologists and allergists have faced an uproar in the last couple of years, because new evidence suggested that their advice on administering peanuts to children was entirely backwards. The prevailing wisdom used to say that you should wait until age two to introduce your kids to common allergens. Now suddenly you’re supposed to give them peanuts before they’re a year old. This seemed, to many people, to be some kind of admission of ignorance, and solid grounds to dismiss the entire field. In reality, it’s just how science works—physicians give the best advice they can, and when new evidence comes along that suggests they’re wrong, they have to switch sides. It may be true that some things about childhood allergies symptoms are still up for debate, but there’s still plenty of conclusive evidence that parents could use to keep their children healthy. We just have to be clear about what’s proven, and what’s still in need of further research.

What are allergies, anyway?

Allergies are a broad, diverse group of ailments unified by the principle of hypersensitivity. When a person’s immune system starts overreacting to an otherwise harmless substances—like peanuts or pollen—it becomes an allergy. Your body produces far too much of an immune response when it detects an allergen, so much so that some people go into anaphylactic shock. Others just get itchy, or bits of them swell up, but they’re all related responses. Your body is trying to fight what it thinks is an invader.

We’re still not entirely sure why they develop in some people and not others. It seems like a combination of genetics and environmental exposure. What you eat, where you live, who your parents are, how many allergens you’re exposed to—they all seem to influence your risk. Which is why so many parents hope to find the right set of conditions to keep their kids allergy free.

Allergy rates are rising, even in adults

But while many parents have these intentions, it seems like every time we survey the American public there are even more food allergies. Shellfish reactions are up 7 percent, tree nuts are up 18, and peanuts up by 21. These numbers are courtesy of a survey presented this week at the American College of Allergy, Asthma, and Immunology conference, which sampled over 53,000 US households. This rise is almost certainly the result of a combination of factors, but one of the stand out explanations is known as the hygiene hypothesis.

You’ve heard it before: Kids just aren’t playing in the dirt enough. Young bodies have to learn how to differentiate dangerous substances from harmless ones, and if you don’t expose your child to enough would-be worldly allergens, their immune systems are more liable to get confused.

Then there’s the influence of antibiotics. A healthy bacterial flora seems to ward off allergic diseases, so perhaps our propensity to dole out antibiotics for even minor ailments has hurt our immune systems overall. Vitamin D deficiency and obesity have also been linked to asthma and allergies, though the exact mechanism behind this potential connection is still unclear. And there’s the fact that for many years we told parents not to give kids allergy-inducing foods until age two, which we now realize was exactly the opposite of what we should have been doing.

[Related: Everything you ever wanted to know about vitamin D]

But it’s not just kids who are developing more inflammatory reactions. That same survey found that 45 percent of people with food allergies didn’t develop them until adulthood. Shellfish seems to be the most common culprit. Children have the highest proportion of peanut allergies, but by the time they’re grown up, shrimp has overtaken Skippy’s as public enemy number one.

We’re still not entirely sure what causes allergies—it’s probably a constellation of combined attributes—or why certain groups of people tend to be at higher risk. In the US, black children generally develop more allergies. Australia has one of the highest rates in the world, and immigrants who arrive there from lower-risk countries tend to have kids with increased risk, which suggests there are environmental factors at work.

There’s still some resistance to giving peanuts to babies, despite all the evidence

The widespread peanut allergy rise could come to an end soon, though it depends on parents and doctors following the newly-prescribed advice on introducing allergens to children early on.

In January 2017, the National Institutes of Health officially revised its recommendation on peanut exposure, saying that kids who aren’t at any especially high risk for allergic diseases should be fed peanuts around age 4 to 6 months. This was based on a massive study published in the New England Journal of Medicine back in 2015, showing that kids who ate peanuts at that age were 80 percent less likely to develop an allergy to them. A follow-up study found that the exposure even protected those who didn’t continually consume the legumes after that first tentative taste. Even high-risk children should be evaluated to see whether they truly have a reaction, or whether early introduction could help prevent further development of a full-blown allergy.

But a small survey of pediatricians, also presented at the ACAAI conference, suggests they aren’t necessarily pushing that advice onto patients. More than three-quarters told their patients to introduce peanuts later than 4 to 6 months, and nearly half weren’t testing their high-risk patients before exposure. The vast majority weren’t fully following the NIH guidelines.

“With clinical guidelines, it takes 10 years before they’re fully implemented in practice,” says Dave Stukus, an associate professor of pediatrics at Nationwide Children’s Hospital and a spokesperson at the American College of Allergy, Asthma and Immunology. Stukus was part of the group that drafted the peanut guidelines at the NIH earlier this year, and he knows it’s not going to happen overnight. Physicians have to be brought up to date and educated about how to communicate with their patients.

The hardest people to reach, in Stukus’ experience, are the parents with older children who already have peanut allergies. They can be upset about the sudden switch in recommendation, and wary of the logistical nightmare of introducing a baby to peanuts in a household where another child is allergic. “You have to take the time to explain why the changes are taking place and what the potential benefits are,” he says. “Once you do that, people are very excited about it.”

Eczema might seem unrelated to allergies and asthma, but research has been building up a theory that a rash early in life can progress into serious immune problems. The idea is called “atopic march”—atopy is the tendency to develop allergies. The link between eczema and later immune issues may in part be a predisposition to developing multiple immunological diseases, but more studies are suggesting that there’s also a causal relationship.

Because “eczema” is actually a blanket term for a variety of related skin problems, many people think of it as a fairly random condition. But the most common type—atopic dermatitis—is essentially the result of a defective patch of skin that overreacts to irritants.

“With eczema, you have an altered skin barrier where the surface is sort of broken, and it allows moisture to escape. That’s why you get the dry skin,” explains Stukus. “But the barrier works both ways, so it’s also letting allergens in when maybe it wouldn’t be if it weren’t impaired.”

That extra exposure and inflamed immune response could sensitize kids to reacting more easily to allergens, which could prompt the development of asthma and other allergic responses. “I see this every day in the clinic,” says Stukus, “and I tell my colleagues ‘listen, when you have a baby with terrible eczema, they’re declaring themselves to you that they’re maybe predetermined to have allergies and asthma.” Eczema gets better after a year or so, and you probably won’t see environmental allergies until age two or three, and then asthma takes even more time to develop—but they’re probably all linked.

What should parents do with this information?

Parents of babies with eczema should consider going to an allergist, who will have experience treating and managing hypersensitive kids. Your baby could be tested for allergies before you expose them to potential triggers, just in case they’re likely to have a severe attack; the exposure could even take place in a doctor’s office for safety. It’s become pretty common for parents to pick a spot close to an emergency room for their kid’s first taste of peanut butter.

In general, it seems clear that parents should try to introduce allergens early on. All the evidence suggests that this will actively help children avoid sever allergies later. If you’re worried, head to an specialist. They’ll be able to walk you through the process and address your concerns, and even provide a plan for how to proceed. It’s scary, but necessary—and allergies are no joke.