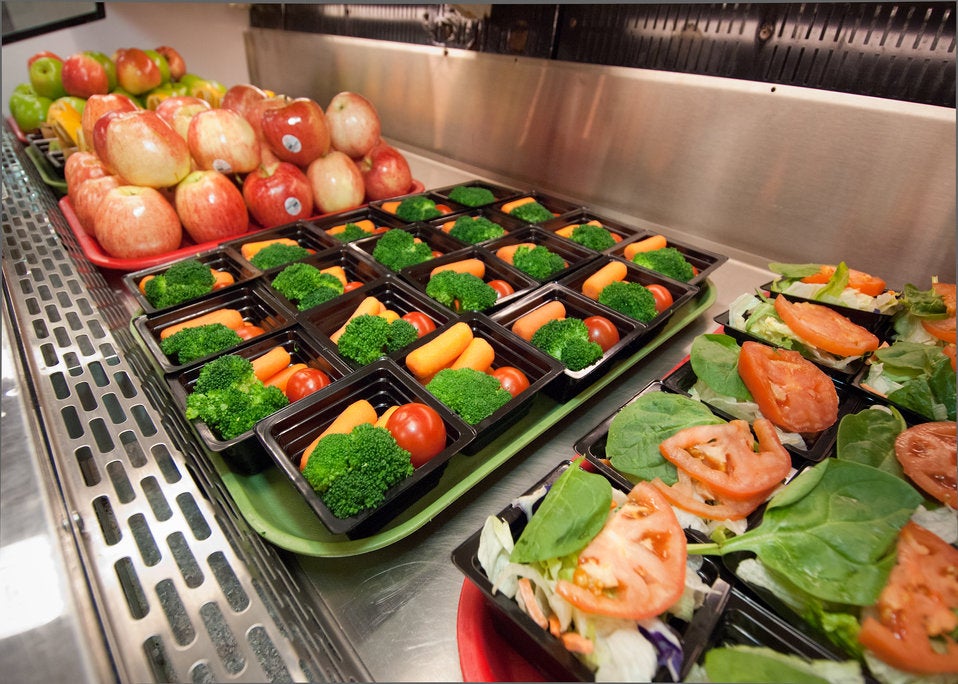 In one school district in New Jersey, students with unpaid school lunch debt aren’t allowed to attend their prom. In Rhode Island, students who owed money were given jelly sandwiches rather than a hot lunch. Parents in Pennsylvania got a letter threatening to report them to child services is they didn’t pay off a child’s lunch debt.

Reports of ‘lunch shaming’ hit the news regularly. “When that happens, it’s short sighted,” says Crystal FitzSimons, the director of school programs at the Food Research and Action Center. “Cafeterias should be positive experiences for all kids.”

Such policies are embarrassing and stigmatizing for kids. But they also block them from receiving the full benefits of a school lunch—which offer important health boosts, reduce food insecurity, and ensure children perform to the best of their abilities in school.

“School lunch programs are one of the best tools we have to reduce hunger and improve nutrition,” FitzSimons says.

The National School Lunch Program, run through the United States Department of Agriculture, provides nutritious low-cost meals to public and nonprofit private schools across the country. Nearly all public schools and around 85 percent of private schools participate. The program significantly reduces food insecurity around the country during the months that school is in session. “Food insecurity goes up during the summer months,” FitzSimons says, and food insecurity is linked to health problems like anemia, more frequent colds, asthma, and mental health issues.

By eating balanced meals in school, kids also learn what healthy meals look like and try new, nutritious foods, which is important for setting eating habits for the rest of their lives. Low income families on a limited budget are likely reluctant to purchase foods if they’re unfamiliar to kids. “If a person has a budget they can’t waste it on food kids might not eat,” Cohen says. However, they’re more likely to purchase a food if a child says that they ate it at school and liked it. “Repeated exposures are important.”

School lunch programs also improve academic performance, FitzSimons notes. “We know there are links between participating in school nutrition programs and learning, attendance, test scores and tardiness.” Kids who are hungry have a hard time focusing and concentrating, and kids who can get a meal at school are more likely to attend, she says. “By making sure they’re getting a healthy lunch, we’re really leveling the playing field academically.” Healthier meals are also associated with improved academic performance: in a study of California public schools, for example, those that offered healthier meals had higher test scores.

The National School Lunch Program provides low-cost lunches, but those costs are sometimes still too high for some families. Qualifying for free or reduced lunch, however, can be a barrier, too. “Some families might be eligible, but aren’t used to filling out the applications,” FitzSimmons. In many places, the eligibility cutoff for free lunches is too low, and families who are not eligible may still struggle to pay. “A lot of families on reduced price can be struggling, and school lunch can be the last thing on their mind,” she says.

Seeing kids shamed for lunch debt, Cohen says, is additional evidence that national programs need to provide more funding that can support meals for all kids. “I don’t think schools should necessarily be demonized—we really need efforts at the national level to ensure that we have expanded universal free lunches.” Many schools and districts have free lunch for all students, regardless of income, which helps improve the number of kids who eat lunch and has been shown to improve academic performance.

Facing stigma around school lunches can negatively impact kids’ mental health, stress levels, and overall cafeteria experience, Cohen says. That’s seen with kids who feel labeled by receiving school lunch, for example. “When we remove that stigma, it makes a big difference in kids’ lives.” Some schools do so by giving all students cafeteria swipe cards so that it’s not apparent who is or is not paying for the meal. On the whole, Cohen says schools are getting better at free meals, but not lunch debt. “When you give a kid a cheese sandwich, you’re bringing that stigma back.”