The Double-Edged Sword Of A Nasal Bacterium

Researchers have found a known pathogen may help prevent pneumonia 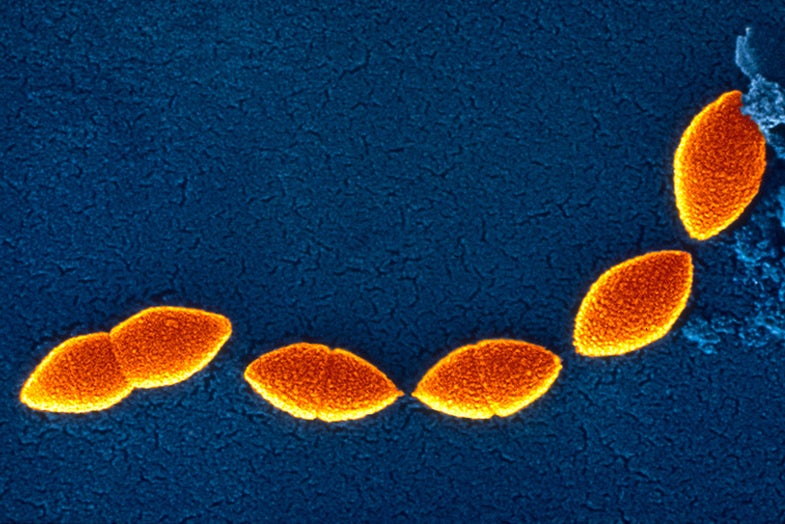 Over the last few decades, the influence of bacteria on our health has led us to realize there are good and bad germs. But this delineation is not entirely useful as some species of bacteria can provide benefits as well as cause infections. The number of species offering the Janus effect to our health has grown and thanks to a recent paper from a group of American researchers, there’s a new addition to the list.

The bacterium is known as Corynebacterium accolens. It was discovered decades earlier but wasn’t fully described until 1991. The bacterium has since been found to be the cause of a variety of infections including pelvic osteomyelitis, endocarditis, and breast abscesses. It’s also known to be found in the presence of the potential pathogen * Staphylococcus aureus* particularly in the nasal environment. This latter association suggests having this bacterium in the nose could lead to a higher risk for infection.

But in 2011, the perception of C. accolens changed somewhat. In an examination of the microbial population within the upper respiratory tract of children revealed a high abundance of cornyebacteria resulted in a lower level of the pneumonia-causing bacterium Streptococcus pneumoniae. At the time, C. accolens wasn’t specifically identified yet due to its presence in a high proportion of nasal samples, there was a chance this species was involved in the observation.

It’s at this point last week’s study took over the analysis. Taking samples from the 2011 study, the team first performed culture experiments to determine the presence of living Streptococcus pneumoniae. Based on the results, the samples were separated into groups. Once this was done, the bacterial populations were identified genetically and compared. As in the 2011 study, samples without a high abundance of S. pneumoniae had higher levels of Corynebacterium species.

With the confirmation of the previous study in place, the team then looked to determine if C. accolens could indeed inhibit S. pneumoniae. They did this by culturing the two side by side and looking for any signs of inhibition. Sure enough, the hypothesis was correct as there were definite signs of pneumoniae inhibition. This confirmed that at least in the lab,C. accolens could be responsible.

This result, however, was only half the story. The team then went on to figure out exactly how C. accolens was preventing S. pneumoniae from growing. To accomplish this, they had to head to the chemistry lab to identify which components were involved.

Because the inhibitory effect could travel, the group figured the cause was secreted from the bacterium, much like an antimicrobial peptide. But in this case, the molecule wasn’t a protein, it was an oil, specifically a fatty acid called oleic acid. When put to the test, not only was oleic acid found to be effective, so were a number of other fatty acids including linoleic acid, palmitoleic acid, and sapienic acid. While the names may seem unfamiliar, they are regularly found on the skin and in nasal fluid.

The findings suggested C. accolens may be behind the formation of these particular acids although the researchers needed to find out how. To do this, they looked at the genetic material of the bacterium in the hopes of finding any similarities to oil-using molecules. Sure enough, they were able to find one, an enzyme that forms these particular chemicals known as a lipase. After some cloning, the team isolated the gene responsible and assigned it a name, lipS1.

The last stage of the experiment was to determine if any other Corynebacterium species possessed lipS1. They examined several species but could not come up with any possessing this gene; it was unique to C. accolens. This meant they had found a new, specific gene for the species and possibly uncovered the mechanism behind S. pneumoniae inhibition.

The experimental process did have one lack, however. It was never tested in an actual living animal or human. Yet the evidence suggested at least in the lab a mechanism that could be beneficial for us. This was enough to allow the authors to suggest C. accolens is more than a pathogen but could possibly be under the right conditions a mutualist.

With further analysis and possible clinical testing, the bacterium – or at least the gene lipS1 – could offer a path to reduce the prevalence of pneumonia, particularly in children. This species or a genetically-engineered harmless variant could be used in the same vein as a probiotic to reduce the colonization of S. pneumoniae. This could eventually help to protect the health of those most at risk and in turn reduce the need for antibiotics and the chances for antibiotic resistance.