That could be good news for the babies’ long-term health 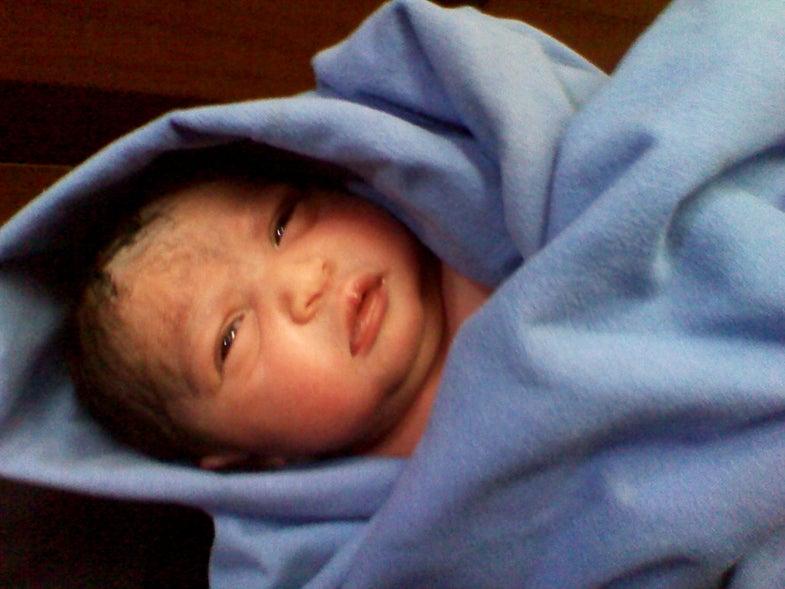 Mothers do a lot for their children: feed kids their first solid food, catch toddlers after taking their first steps. Mothers also give babies their first microbiomes, the colonies of bacteria that live in and on our bodies and help us do things like digest food and use our brain functions.

During a vaginal birth, microbes from the mother’s birth canal populate the baby’s skin, mouth, and gut. But that microbiome isn’t passed on if the baby is born via C-section, as are more than 30 percent of the babies born in the United States. Babies born this way have a higher incidence of asthma, obesity, and diabetes, and researchers think their lack of inherited microbiome might play a role. Now a team of researchers has figured out a way to pass on the mother’s microbiome to C-section babies with the goal of improving the children’s long-term health, according to a study published today in Nature Medicine.

The researchers studied 18 mothers and their children in Puerto Rico. Seven of those babies were delivered vaginally and 11 were born via scheduled C-section. Of the C-section babies, four were manually populated with the mother’s microbiome—right after the babies were born, the researchers swabbed them with gauze that had been placed in the mother’s vagina for an hour before the procedure. The remaining C-section babies weren’t specially treated for their microbiota.

After 30 days, the researchers followed up with the babies and collected a total of 1,500 samples from different parts of their bodies to determine which types of bacteria made up their microbiomes. They found that the swabbed C-section babies’ microbiomes were much more similar to the babies born vaginally than to the other babies born via C-section. While the microbiota between the swabbed babies and vaginally-delivered babies wasn’t exactly the same, they had some important similarities—for example, these infants had greater populations of Lactobacillus bacteria, found in many mature microbiota and thought to help the body ward off some kinds of infections. Interestingly, the regular C-section babies had microbial populations that closely resembled adult skin microbiomes, possibly as a result of small skin particles that landed on the infant in the delivery room.

In a press conference, the researchers underlined the fact that they cannot instruct mothers as to whether they should swab their babies as was done in the study: While the results of this small pilot study are interesting, there is not yet any data about the long-term health effects for the children. Plus, there are risks to exposing newborns without immune systems to possibly infectious bacteria found in the mother’s vaginal microbiome (to offset this in the study, the researchers had very strict inclusion criteria and subjected the mothers to a number of additional tests, they note). The researchers are working on a similar study with many more participants and will follow them for a longer period of time to assess the long-term effects on the babies’ health.

Armed with the results of that study, the researchers hope they will be able to help the medical establishment decide whether to recommend vaginal microbiome populating procedures to a majority of mothers delivering via C-section.