This could be helpful for new treatments, faster diagnoses, and figuring out what causes the disease in the first place 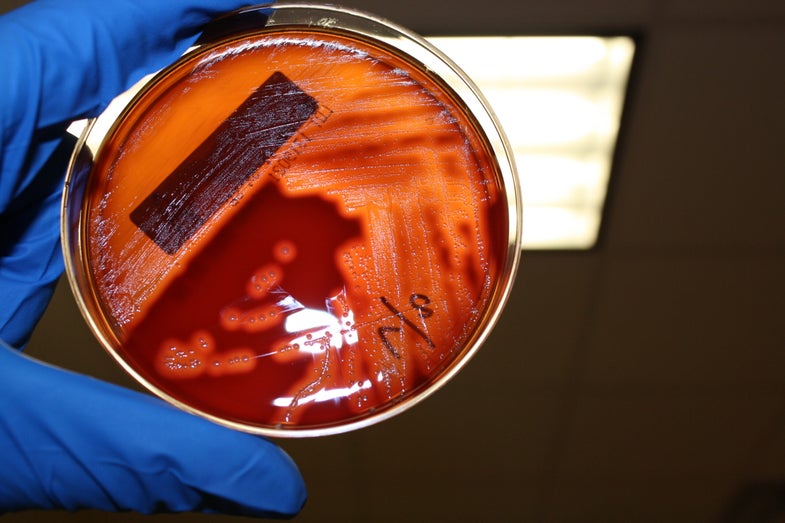 The colonies of bacteria living in our throats could indicate whether or not a person has schizophrenia, according to a study published yesterday in the journal Peer J.

No one is quite sure what causes schizophrenia, but for decades scientists have been looking at the link between schizophrenia and the immune system. The immune system appears weaker in schizophrenic patients, but researchers didn’t really understand how the two were connected. Recent research into the microbiome—the colonies of bacteria that live in and around our bodies—has shown that these bacteria play a surprisingly large part in all sorts of functions, including regulating our moods and modulating our immune systems.

So a team of researchers from George Washington University decided to investigate which bacteria make up the microbiome in patients with and without schizophrenia. They took throat swabs of 32 patients, half of whom had schizophrenia and half of whom did not, and sequenced the genes of the bacteria they found there. They looked at which types of bacteria they were, and their concentrations.

The researchers found that the bacteria living in the throats of schizophrenic patients were very different from those in the control patients. Control patients had different concentrations of commonly found bacteria, and they also had a greater diversity of bacterial species. Schizophrenic patients had more lactic acid bacteria, which could indicate an imbalance in their microbiomes. 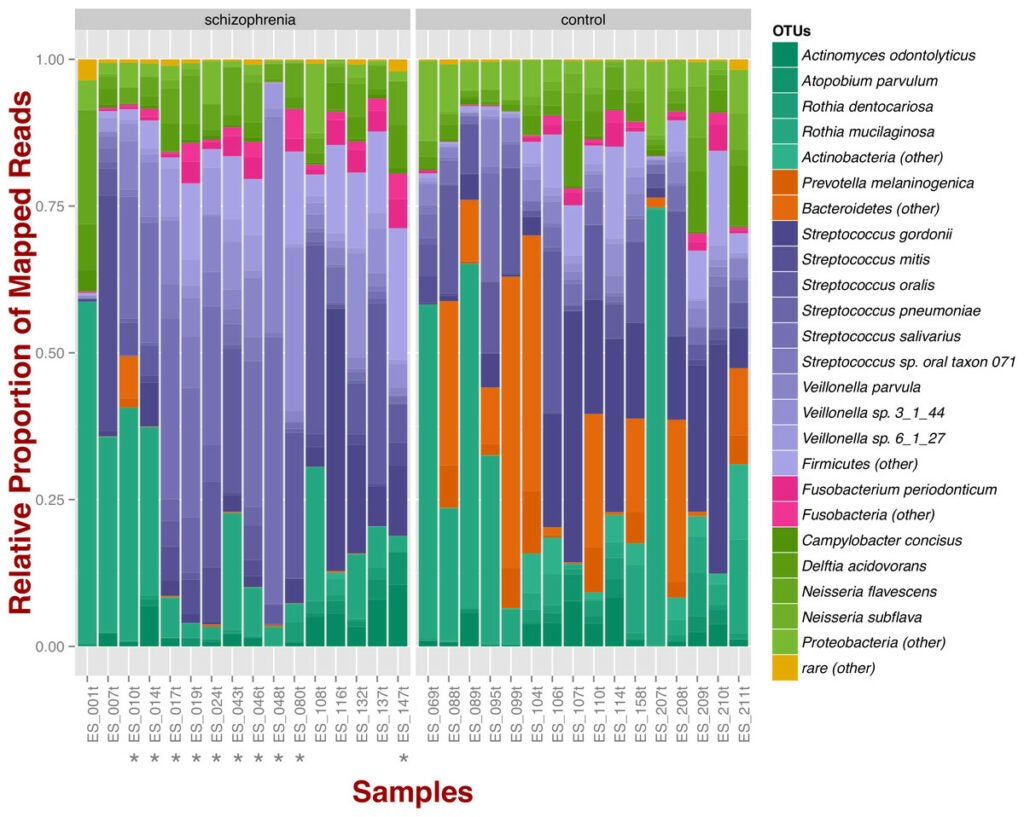 The study has limitations. The study didn’t look at fungi or viruses living in the throat that also make up the microbiome. 32 patients is too small a sample size to make a larger generalization about the microbiomes of all schizophrenic patients. Plus, the study only addressed the bacteria in the throat microbiome, not those living in the intestines, mouth, colon, ears, or on the skin—the researchers hope to do this in future studies. There were also lots of other variables that could have affected the microbiome population, such as whether or not the patients smoked—the researchers tried to account for this, but it’s not clear that they were fully able to do so. And researchers still don’t understand the mechanisms by which bacteria affect the brain.

Even so, the study is an interesting exploration into a factor of schizophrenia. If future studies reveal specific, universal differences between schizophrenic and non-schizophrenic patients, doctors could find biomarkers in the microbiome to diagnose patients more quickly and accurately. If researchers can also understand the mechanisms for how the bacteria cause or exacerbate the disease (uncovering causation, not just correlation), they could also find new treatments for schizophrenia.