Drug Can Stop Radiation Poisoning Up To 24 Hours After Exposure

A new tool for emergency medicine 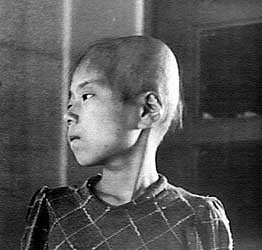 Even at low levels, radiation can make people sick over time. But brief periods of intense exposure, like after the destruction of the Fukushima reactor in 2011, can cause more immediate health threats, especially on the gastrointestinal tract, or even death. Now researchers have developed a drug that can stop damage to the intestines as long as it’s administered up to 24 hours after a patient is exposed, according to a study published recently in the journal Laboratory Investigation.

Physicians use gastrointestinal symptoms to judge the severity of a person’s radiation exposure. A high dose of radiation can destroy the intestinal barrier, a thin layer of cells that acts as the interface between our bodies and the millions of bacteria that live in our intestines. Normally these bacteria work with us, breaking down our food and regulating our mood, but with the intestinal barrier gone, the body has trouble absorbing water or nutrients in food. Plus, the bacteria can stray and infect other parts of the body. As a result, a person with radiation poisoning often shows severe dehydration, nausea, vomiting, and intestinal pain. Without treatment, a patient will die—usually of infection—within two weeks.

The existing treatment, a compound called Prussian blue, absorbs some of the radiation that causes damage in the body, but doesn’t protect the intestinal barrier specifically. This has inspired a search for drugs that can “mitigate the effects of radiation post exposure, accelerate tissue repair in radiation-exposed individuals, and prevent mortality,” the researchers write.

The new drug, called TP508, was originally designed to help patients regenerate cells by increasing blood flow and decreasing inflammation, according to the press release—it’s been used to ensure that diabetic patients don’t lose a foot, or to help patients with wrist fractures heal more quickly. In this study, the researchers exposed mice to acute levels of radiation, then gave them an injection of TP508 after 24 hours. Not only did the drug prevent the destruction of the intestinal barrier cells, it boosted biomarkers characteristic of cell repair.

Even if this treatment proves to be as effective in humans as it was in this experiment on mice, it would have limitations—it’s not a panacea for all the damage that acute radiation can cause. But if its efficacy holds up in future studies, TP508 would be an important new tool in radioactive emergencies by buying doctors more time to get patients more sophisticated treatments.