The Bacteria On Your Scalp Could Be Key To Fighting Dandruff

Get ready for prebiotic shampoo 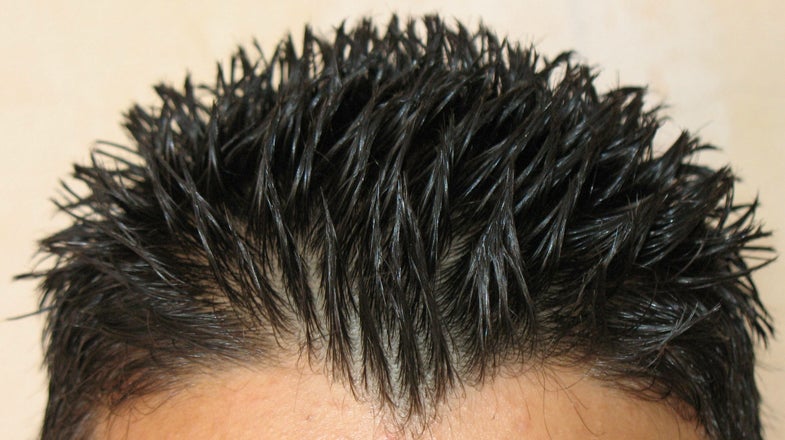 Research has shown that the bacteria that live on and inside us can influence our digestion, our weight, our mood, and now even our scalps. According to a recent study, the specific collection of bacteria that resides beneath our hair could influence how much dandruff we’ll develop. The work was published today in Scientific Reports.

Dandruff affects almost 50 percent of the population worldwide. And while the condition’s causes have been studied for quite some time, no one has been able to completely pinpoint on its cause. Researchers know that microorganisms, both bacteria and fungi, can influence dandruff, but exactly which bugs were to blame has remained mysterious.

Scientists at Shanghai Jiao Tong University in China took samples of dandruff from 59 people, aged 18 to 60 years old, who had washed their hair 48 hours prior to the study. The researchers then separated the volunteers into two groups–healthy and dandruff–based on how much dandruff was found. To understand the reason for the difference, he compared the bacteria and fungi found on the two different groups (taking into account factors like age and sex).

It turns out that the specific type of bacteria and how much of it you have on your scalp can have a big influence on the amount of dandruff you get. The researchers found two species of bacteria that dominate your scalp: Propionibacterium and Staphylococcus. But their abundance differed drastically between the healthy and dandruff groups. In the healthy group, Propionibacterium made up the majority of the scalp bacteria, and Staphylococcus made up much less. But in the dandruff group, the opposite was true.

What’s the reason for the difference? Scientists think that our sebum–the term for that collection of dead skin and oil on our scalps–could be feeding the Propionibacterium bacteria. Keeping the proper balance of Propionibacterium to Staphylococcus could be a key aspect to controlling dandruff. And the more moisture on the scalp, the higher the level of Propionibacterium.

These findings could help researchers come up with better treatments, like creating better anti-dandruff shampoos, possibly ones that contain nutrients that feed Propionibacterium but not Staphylococcus.