Learning How Microbes Live In Space 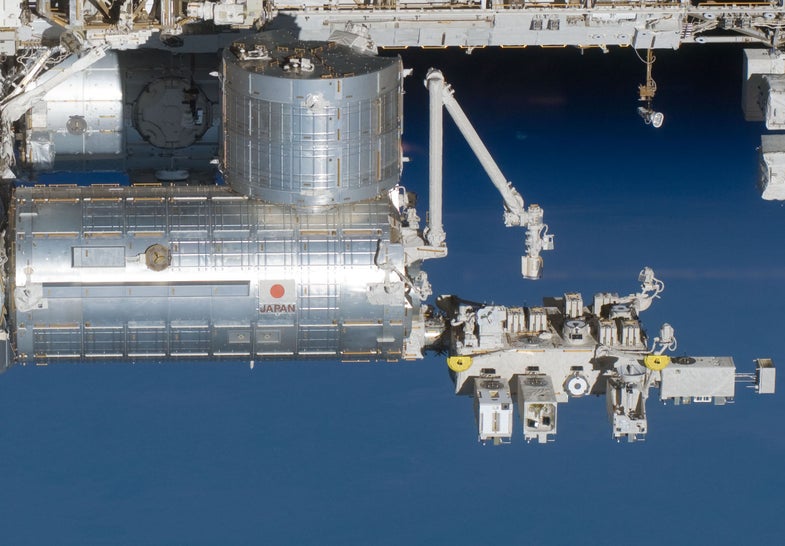 There has been quite a bit of attention over the last few years to the contribution of microbial life to indoor living. The issue has been ongoing for over a century and a half, dating back to the days of Florence Nightingale. Back then, she suggested indoor air contamination could be the reason behind a rise in infections. The answer was simple enough: open the windows. To this day, this solution has been seen as the easiest way to improve health indoors as it contributes to homogenization of the indoor environment with the outside world.

There are, however, some places where this option is not available, particularly in outer space. In-orbit crafts such as the International Space Station cannot rely on external air to help maintain microbial levels or diversity. As such, the potential for a rise in unwanted microbial contaminants becomes a risk factor.

Microbial monitoring of spacecraft has been an ongoing issue. For the most part, methods have involved swabbing and sampling followed by microbial entity identification. While this has to some extent offered perspective on the growth of bacteria on surfaces, the overall perspective in terms of diversity is not acquired. Practically speaking, this offers some indication of any hot spots requiring disinfection.

However, not all bacteria are capable of being cultured. This reality requires other methods to gain a full assessment of the risk to both diversity and to health. One particular case is Legionella, of which one species, L. pneumophila, is responsible for Legionnaire’s disease. The bacterium needs specialized culture conditions to grow and may not be picked up in routine microbial assessments. As it is regularly found in water, the potential for trouble is present.

As a result of this concern, a group of Japanese researchers aimed to better understand the impact of microbes on long term space travel. They conducted a four year experiment examining the microbial population in space. The results were published last week and revealed a rather interesting perspective on microbial life in space.

The team focused on a module officially called the Japanese Experiment Module but it is better known as Kibo (which means hope). Samples were taken from an area inside the module known as the Cell Biology Experiment Facilities. Astronauts were instructed to swab various surfaces ranging from incubator surfaces to air diffusers and handrails and then place the samples at -95 degrees Celsius until they were ready to return to Earth. The protocol was performed three separate times, in 2009, 2011, and 2012 to assess the changes in the station from day 459 to day 1,596.

Once the samples landed safely on the ground, they were transported to the lab where the researchers could begin their analyses. The team performed both direct culture as well as genetic analyses on the samples. The genetic information was then analyzed to determine the species of bacteria living on the station and also the abundance.

When the results came back, the group found a rather stable population of bacteria on all the surfaces. The numbers ranged from a few hundred to a few thousand but there were no surprises. One particularly interesting finding was the reduction of bacteria over the years on the outer surface of the incubator. As Kibo was not a living quarters, this drop might have been expected.

As for the diversity of bacteria found, there were no red flags in terms of pathogens. Although some of the genera discovered had pathogenic potential, most were simply associated with normal skin microflora. Some of the bacteria may have been gut-related but had no relevance in terms of overall health.

The only potential issue was the discovery of Legionella, yet this was assumed to be due to environmental contamination of the incubator prior to launch. This finding mimicked the discovery of the same bacteria in the space station Mir and therefore was considered to be acceptable.

The overall conclusions from the experiments revealed the microbial population of space vessels appears to be relatively stable over the course of four years. There were no significant concerns regarding pathogens and for the most part, microbial numbers were quite low.

The only drawback to this experiment was the limited space for sampling. As Kibo is an experimental module rather than living quarters, the potential for a wider diversity and increased abundance elsewhere in the station is present. However, even if this is the case, the potential for an overabundance appears to be highly unlikely. Without the accidental introduction of a pathogen into the station (which is extremely unlikely), the microbial contribution to the indoor environment will remain benign at best.