To protect the world’s pasta, scientists peered inside fettuccine’s DNA 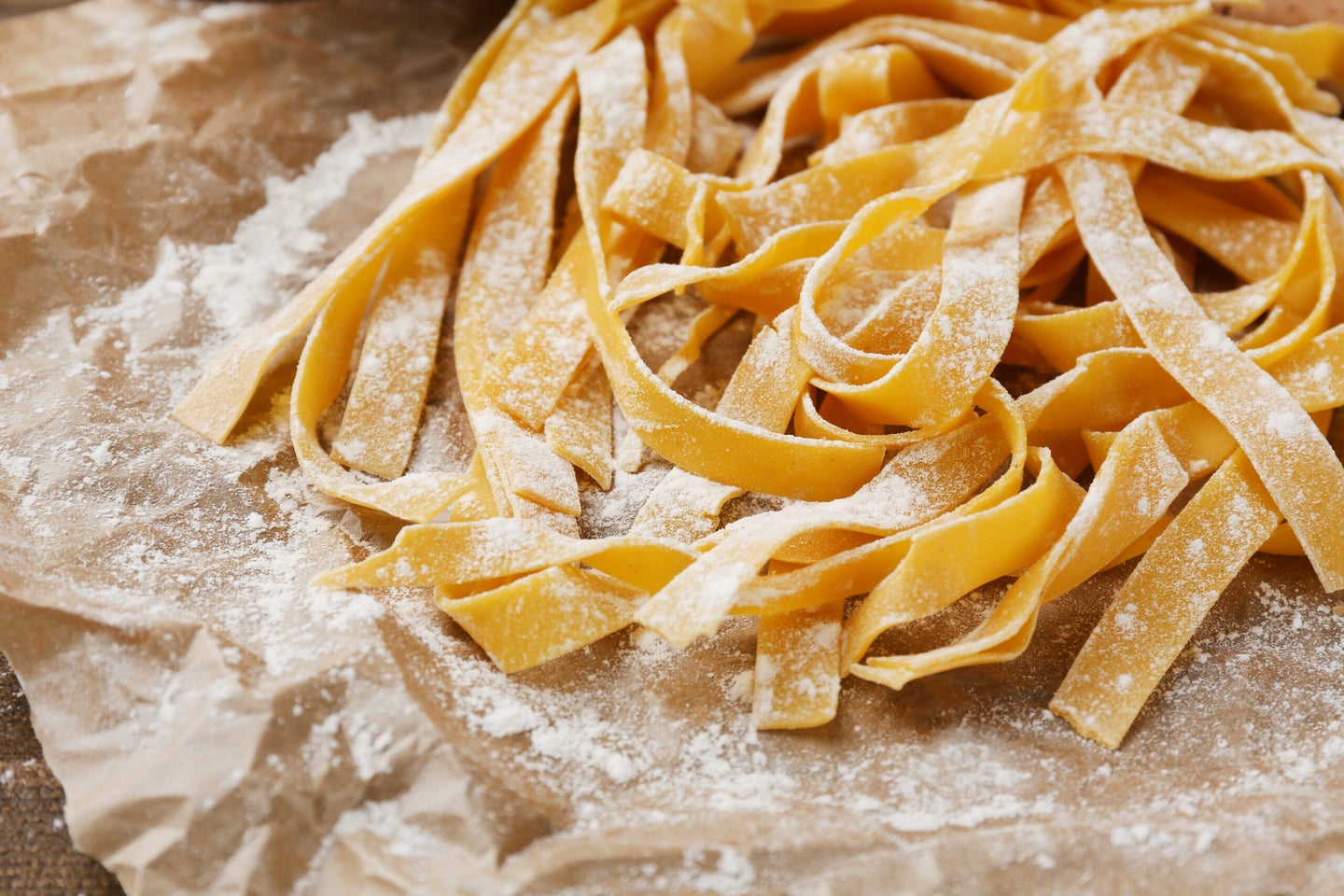 From couscous to corallini, people all around the world enjoy foods made with durum wheat. Also called “pasta wheat” or “macaroni wheat,” it’s one of the most common grains. Now, a group of scientists has taken a big step in ensuring the continued survival of durum—and the people who rely on it.

Researchers published a paper about the sequencing today in the journal Nature Genetics. “It was truly an international collaborative effort,” says University of Saskatchewan wheat scientist Curtis Pozniak, one of the paper’s authors. The whopping 68 scientists named on the study hail from institutions in Italy, Germany, Canada, Israel, the United States, Australia, and Turkey. The sequencing effort arose out of an international working group on durum wheat science, he explains.

Like many staple crops, durum wheat has received a lot of attention from scientists working to combat the diseases it’s vulnerable to, improve crop yield, and make the plant hardier, among other things. The international group decided that the next big priority should be to develop a high-quality reference genome. It represents “the first time we can see all the genes in the correct order,” says Pozniak.

Like other reference genomes, such as those for bread wheat and barley, the reference genome for durum is like a blueprint. That blueprint makes it easier for scientists to go into the genome of real plants, understand what’s happening, and make changes, whether by traditional breeding or gene editing.

Those changes can help make the wheat hardier, better tasting, and more nutritious, or even help preserve and support the yellow color of the wheat that we all associate with pasta. Scientists can even mix in some elements from the genomes of other wheats, such as bread wheat and barley as well as their wild cousins. This can help researchers combat the lack of genetic diversity that makes many crops vulnerable to any kind of change, whether weather or disease. That lack of diversity comes from many generations of concentrated agricultural breeding for specific traits while ignoring the genetic health of the crop as a whole. By adding in genes from wild cousins or from other domestic wheats, scientists may be able to help the plants be more genetically diverse and therefore hardier.

The genome has already done some good: the international team used it to identify the gene associated with durum’s uptake of cadmium, a heavy metal, from soil. Selecting for varieties of durum that don’t have as many copies of the gene can help keep people safe from heavy metal poisoning.

But getting there wasn’t so simple. For starters, durum wheat has about four times as many genes as the human genome, which means there was a lot of material. In general, plants have much larger genomes than animals. In the case of wheat, that’s because new genetic material from different wild species was introduced several times during domestication, and each introduction left some DNA behind. Besides that, durum wheat is tetraploid, which means it has four sets of chromosomes carrying genetic information rather than the two sets that humans and most animals have.

And there’s more, says Pozniak: durum wheat has two subgenomes that are closely related. Since genetic sequencing relies on breaking the genome into little bits, sequencing each, and putting them back together, figuring out which subgenome each piece belonged to wasn’t easy. Think of it like trying to complete two very similar jigsaw puzzles with the pieces all mixed up. To make it more complicated, durum’s genome also has a lot of repetitive DNA, sequences that occur again and again. That DNA “looks almost identical throughout the genome,” says Pozniak, but all the sequences are a little bit different and belong in different spots.

The sequenced genome datasets are freely available online and accessible to anyone. That’s important, says Karim Ammar of the International Maize and Wheat Improvement Center (CIMMYT), who was not involved with the project.

Ammar and collaborators have already used the reference genome in their work creating more disease-resistant strains of durum. He says the next step is to take several different strains of durum and sequence them all, a job that’s made a lot faster because of the reference genome, so they can start comparing the properties of each. With wheat science, as with many things in life, the more you know, the better.