Zombie Mammoths to the Rescue

A bizarre plan to save humanity 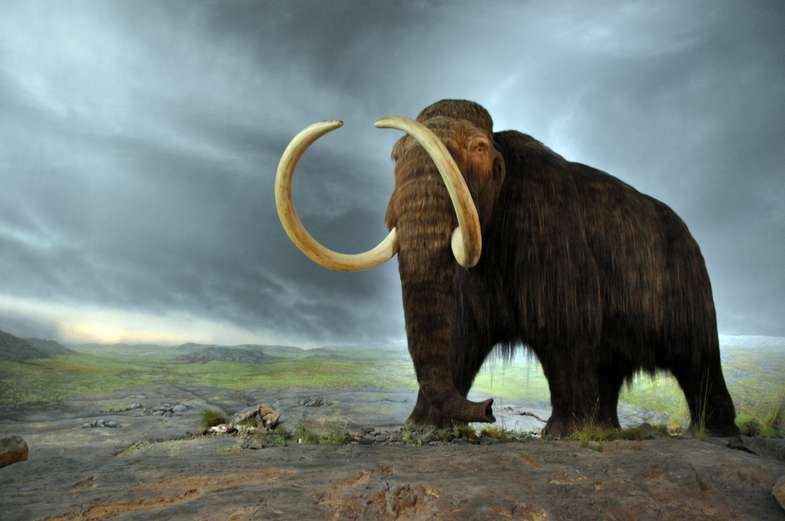 Scientists have a fix for one of the greatest threats facing our climate. It’s big, it’s hairy, and it’s been dead 10,000 years.

In a madcap scheme to slow the melt of arctic permafrost, researchers are trying to resurrect the woolly mammoth.

How to Grow a Mammoth

Mammoth de-extinction sounds like complicated business, but there are actually only two ways to do it:

Researchers have made some progress on the first approach. In 2013, Russian scientists found viable tissue among the bony remains of a woolly mammoth they named “Buttercup.” Researchers are now trying to collect DNA from Buttercup’s well-preserved marrow cells. If all goes well, they will sneak her genetic blueprint into the egg of an elephant. The resulting embryo will be a Buttercup clone.

So far, scientists have yet to recover a complete mammoth genome. But that’s just the first challenge. Creating a viable embryo and bringing it to term is another problem entirely. Previous attempts at cloning have fared poorly. Scientists tried cloning the recently extinct ibex in 2003. They brought a baby Ibex to term, but the creature survived fewer than 10 minutes owing to a defective third lung.

The second approach to mammoth resurrection offers more promise. Scientists just need to make a few small adjustments to an elephant’s DNA. The new species would be less mammoth and more a mammoth-elephant hybrid — a winter-proofed pachyderm armed for life in the frigid north.

Because the mammoth is one of the better-preserved bygone species, it’s a prime candidate for the first successful de-extinction. Scientists sequenced the mammoth genome in 2008, and researchers have since catalogued the slim set of genetic variants separating mammoths from elephants — cold-weather upgrades like more hair, more fat and a higher tolerance for sub-zero temperatures.

Last year, Harvard geneticist George Church and his colleagues successfully spliced mammoth genes into the cell of an Asian elephant. Church says de-extinction could be just a couple of years away. In the meantime, scientists are left to speculate on the climate-saving potential of this prehistoric beast.

This is among the more sobering consequences of planetary warming. Once permafrost has thawed, microbes will devour the organic matter in the soil underneath — the leftovers of prehistoric plants. Metabolizing microbes would exhale gobs of methane, a powerful greenhouse gas.

Methane has less staying power than carbon dioxide — it lingers in the atmosphere for decades as opposed to centuries — but it traps 80 times as much heat over a 20-year period. Methane from permafrost could produce up to 0.5º C of additional warming by 2100. Earth has already seen 1º C of warming over the last century. And just 1.5º of warming could trigger the melt of Arctic permafrost.

Here’s where mammoths come in.

Herds of mammoths once ruled the Arctic. They nurtured grasslands and suppressed the growth of forests. After mammoths departed, grasslands turned into forests and tundra, where we now find all that permafrost.

Paradoxically, permafrost has an insulating effect, keeping the soil underneath warm relative to winter temperatures. Mammoths could dig through snow to find grass hiding beneath. After chomping down, they would leave the ground exposed to the cold.

Russian scientists have set up a reserve in Siberia for wild horses, ox and bison in an effort to recreate an Ice Age ecosystem. They found that during the winter, when it was -40º C outside, the ground that was covered in snow remained a balmy -5º C. Where animals had trampled down the snow, the ground was -30º C. Mammoths could be the heavy arsenal needed to avert the release of methane.

“In conservation biology it’s called a reintroduction — as wolves were reintroduced to Yellowstone, beavers to Sweden, etc. They’re disruptive, but they’re supposed to be,” said Stewart Brand, author and co-founder of Revive and Restore, a project to bring back the woolly mammoth. “As keystone species and ecological engineers, they move the whole ecosystem toward greater bio-abundance and biodiversity.”

Brand said the subarctic was once the Serengeti of the north, home to a rich diversity of animals — musk ox, bison, Yakutian horses, woolly rhinocerous, cave lions and cave bears. He believes mammoths would improve the landscape and that they could endure global warming.

“Woolly mammoths survived many warming periods between the glacial ice ages,” said Brand. “There are also non-woolly mammoths such as the Columbian mammoth that inhabited much of North America. They also could return. The ecology of our continent misses the various elephants and would welcome them back.”

De-extinction offers mammoths a chance for redemption. It was climate change that drove the species to the brink of extinction. The end of the last ice age shrunk their habitat, and humans dealt the final blow by hunting them until none remained.

If fulfilled, these dreams of species revival could see mammoths come back from the dead to cool the planet, returning from extinction to save us from ourselves.