Washington, D.C. is home to a fascinating labyrinth of tunnels

The underground passages, some of which date back hundreds of years, connect key buildings beneath the nation’s capital for a multitude of uses. 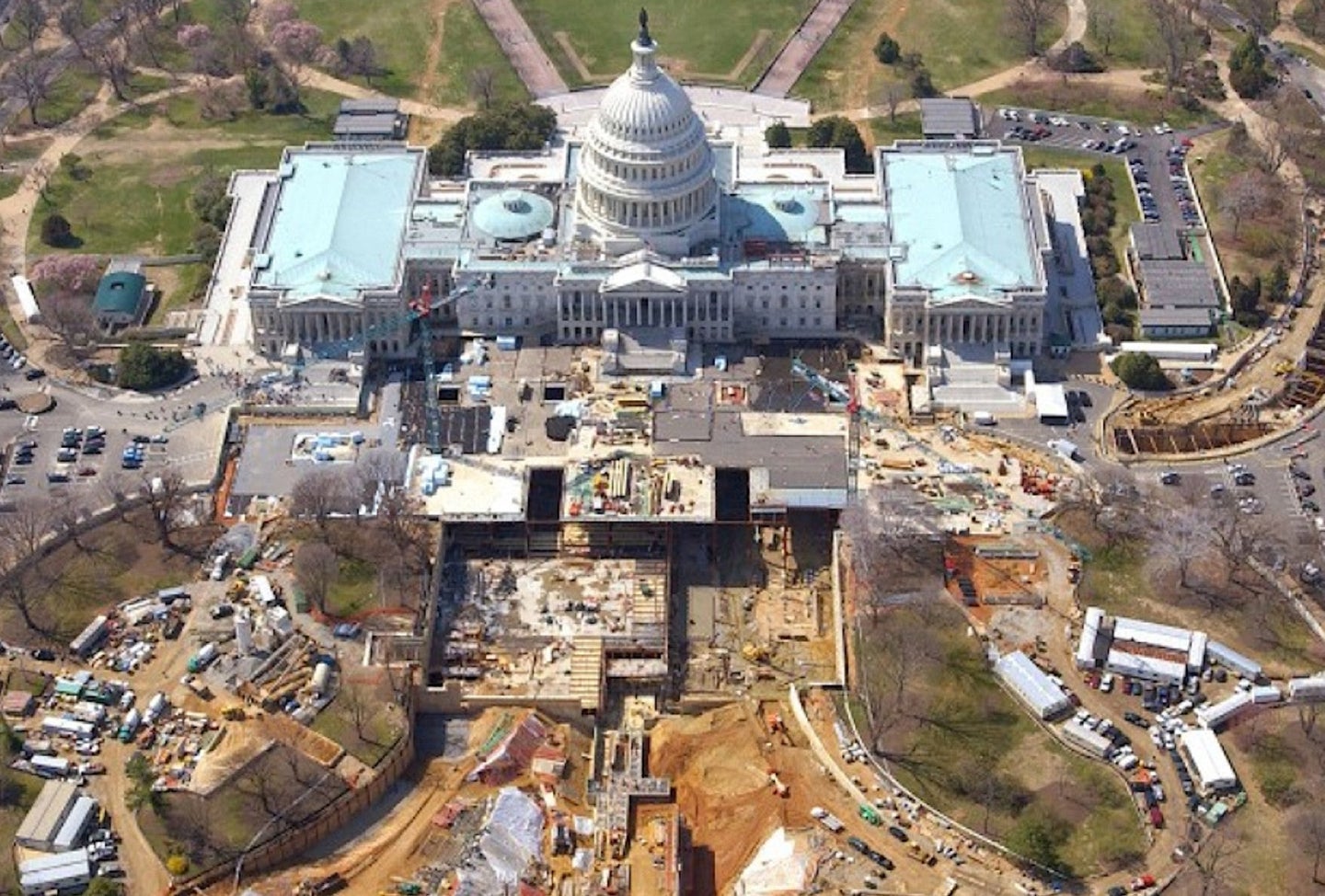 The centuries-old Capitol Hill tunnel system stretches for miles under the city of Washington. Architect of the Capitol
SHARE

This story originally featured on The War Zone.

Even before this week’s unprecedented siege of the U.S. Capitol by a mob of supporters of President Donald Trump, which you can read about in the War Zone’s rolling coverage of the events as they unfolded, there were ominous indicators of what was to come. This included the discovery of pipe bombs in the vicinity of nearby Congressional office buildings earlier in the day, which had prompted evacuations, at least in part through underground tunnels. When the Capitol itself was breached, members of Congress and Vice President Mike Pence, among others, were also ushered to safety via subterranean passageways.

These incidents highlighted the large tunnel network that lies under Capitol Hill, as well as other underground links throughout Washington, D.C. Many of these are used on a day-to-day basis just to conveniently get between government buildings without going outside, but, as was shown yesterday, they also have a clear value in helping people escape to safety during a crisis. Legislators had already been advised to make increased use of them on January 6, simply to avoid encountering pro-Trump protesters.

The tunnels that connect the Cannon and James Madison Buildings to the Capitol and other nearby buildings, as well as various underground parking garages, are part of a labyrinth of at least 19 underground passages on Capitol Hill that people and vehicles can move through. The first tunnels emanating from the Capitol building itself, construction of which was initially completed in 1800, and which had been substantially rebuilt after British forces set it on fire during The War of 1812, date back to the latter half of the 19th Century. The first of these, dug out during the Civil War, were for ventilation, followed by a link to the then-new Library of Congress building nearby in 1898, through which books passed on an electrically-powered conveyor. That latter system is sadly no longer in operation.

The first tunnels out of the Capitol intended for use by people were the ones linking it to the Cannon building, as well as the Russell Senate Office Building to the north. These were and remain satellite office buildings where many of America’s legislators actually work. The Cannon building opened in 1908, with the Russell building being finished the following year. From the very beginning, the Russell building has also had a subway car system, originally just electrically-powered Studebaker cars that would drive the route, to move Senators and others to and from the Capitol.

As Congress’s footprint on Capitol Hill continued to expand over the next century or so, so did the number of tunnels. The passages have been steadily enlarged and improved, as well. Today, for instance, the Cannon Tunnel between it and the Capitol is closer to an underground town than it is a simple access tunnel, with a shoe repair store, post office, credit union, and cafeteria along the route. It is also distinguished by the artwork on its walls, provided by students from across the United States. Similarly, some of the tunnels that lead out of the James Madison Memorial Building host the offices of the Architect of the Capitol, which is responsible for a masonry shop, carpentry shop, and machine rooms used for the maintenance of the Capitol buildings, plus a bodega.

The Capitol subway system also received upgrades and improvements, first in the form of a monorail to replace the Studebakers, which eventually gave way to more traditional light rail links. Starting in 1960, additional subway lines were added to cover other Congressional offices beyond the Russell building. Today, it has links to the Dirksen and Hart Senate Office Buildings, as well as the Rayburn House Office Building. Rayburn also notably contains a gym for legislators and a shooting range for the U.S. Capitol Police.

Read the rest of the D.C. tunnel breakdown over at The War Zone.