Project Brooklyn has a 60-inch flexible OLED screen that retracts into the chair when not in use. 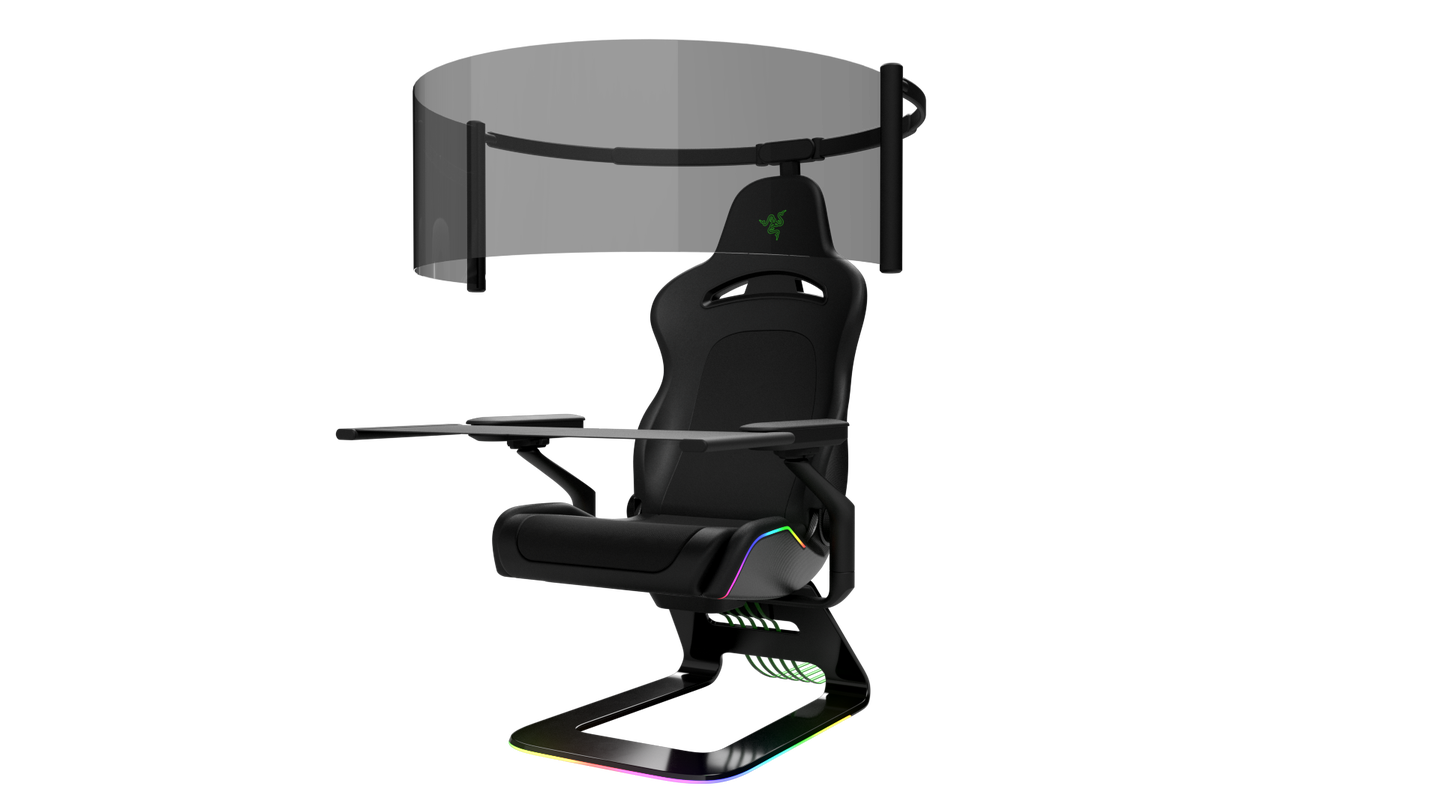 Elaborate gaming chairs are a CES staple. Every year, there’s at least one—usually more—elaborate multi-monitor workstation that looks like something you’d find in a NASA training facility or in the bedroom of that one guy at work who really loves Battlestar Galactica. At the all-virtual CES 2021, however, game accessory maker Razer is showing off a concept called Project Brooklyn. While it probably won’t be coming to market any time soon, this Razer gaming chair does make some interesting predictions about how we’ll be sitting when we game in the future.

Several aspects of Razer’s ambitious gaming chair don’t even really exist yet. For instance, the display is a curved, 60-inch screen that would retract into the back of the chair when it’s not in use. Curved OLED displays do actually exist, but they’re still few and far between when it comes to commercial availability.

The screen would also have a super-wide aspect ratio and a very steep curve, which is tricky to pull off without the images on-screen becoming distorted or disorienting.

Inside the chair, Razer envisions a full-on haptic feedback system that will provide targeted feedback as you play. Late last year, Sony introduced haptic feedback to its PlayStation 5 controller, which was one of the most interesting and fun features of the new console. Various companies like bHaptics have been working on bringing this kind of sensory feedback to VR gaming through specialized suits, but building it into a chair seems much more practical, relatively speaking.

The front of the Razer gaming chair includes a retractable desk surface that slides out of the way when you don’t need it. That’s different from some other massive workstations, which restrict your options to separate mouse and keyboard controls.

When you consider the whole package together, it’s clear that Razer hopes a concept like this will appeal to gamers regardless of the platform they choose. With the screen retracted and the desk tucked away, it’s a typical chair ready for playing console games with a controller or even smartphone use. Fully deployed, it’s meant for high-end PC gaming.

Regardless of the game platform, users would of course be able to turn on the RGB lighting accents. This is a gaming chair after all.

There’s no word on when, or even if it will ever come to the market, but Razer has equipped its protective mask with a pair of “filtration pods” that it claims trap roughly 95 percent of airborne particles. The majority of the mask is translucent, so people can see the wearer’s lips during a conversation. And it has a built-in microphone and speaker that actually amplifies your voice to make the wearer easier to hear and understand.

If this Razer computer gaming chair ever hits the market, it almost certainly won’t be cheap, but if we’re going to be wearing masks for the long haul, it may be an investment people are willing to make. Plus, it will give your face swanky RGB lighting to match your gaming PC and your ultra-fancy chair at home.