The most significant security innovations of 2020 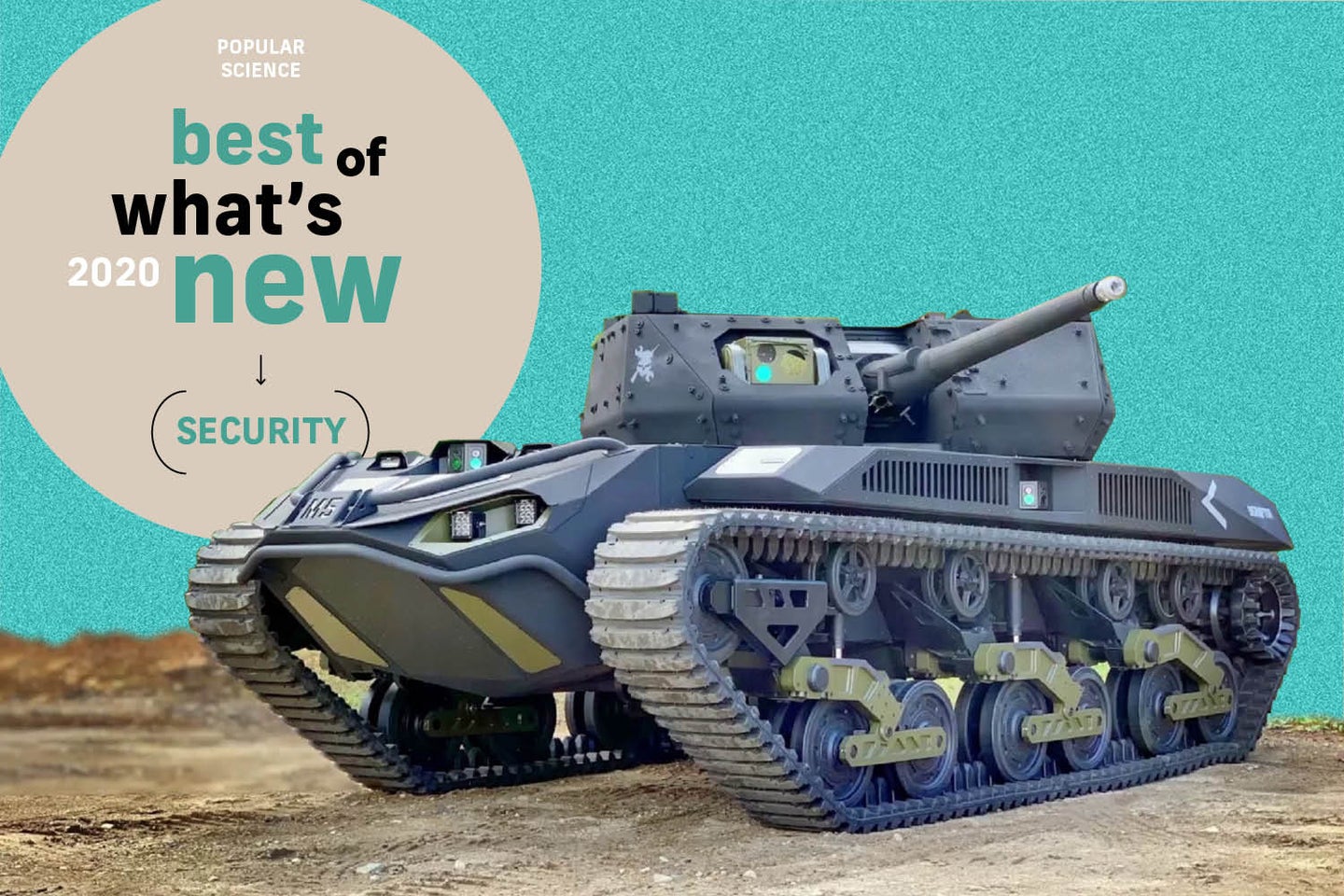 The year's most important developments in the world of security. Textron Systems
SHARE

Who gets access? That’s the question that drives every security measure and innovation that’s landed on PopSci’s annual compendium since we launched the category in 2008. Every year, that question gets bigger and bigger. In 2020, the world quaked under a global pandemic that took 1.4 million lives, the US saw a rebirth in its civil rights movement, and a spate of record-breaking wildfires forced entire regions to evacuate. And those are just the new scares. A buildup of angst against ad trackers and app snooping led to major changes in hardware and software alike. It was a year full of lessons, nuances, and mini revolutions, and we strive to match that with our choices.

Innovation of the Year: Exposure Notifications System by Apple and Google

A virus tracker that doesn’t track you, too

Of all the tools missing from the US’s pandemic response, digital contact tracing, which maps the local spread of a virus through the movements and interactions of people who are infected, felt the most within reach. A handful of countries, including Taiwan and Ireland, have curbed COVID-19 with apps that keep tabs this way. But privacy tradeoffs and stigmas abound. So, two of the biggest smartphone makers—and fierce rivals—came up with a solution. Google and Apple’s application programming interface, a type of device-agnostic code, ducks the biggest Big Brother concerns by directly alerting anyone at risk of infection instead of storing individuals’ locations in a centralized database. First adopted by European countries like Switzerland and Austria, and now in play in more than 20 US states and territories, the Exposure Notifications System sends a ping every time it senses another phone’s Bluetooth signal, usually within a 6-foot radius. If someone with whom you’ve exchanged beacons reports a positive coronavirus test, the system alerts you so you can get checked yourself. Every step of the process requires user consent, and apps built over the interface block other devices from accessing your personal info. Getting folks to self-report is a challenge, but with medical resources stretched so thin, it helps to have tech that reminds us to do our part—during this public health crisis and the next.

WireGuard by Jason A. Donenfeld

The safest VPN for virtual workspaces

At the heart of every modern office lives a virtual private network (VPN), a shared access point that connects computer to server, worker to coworker. Most of these encrypted services rely on hundreds of thousands of lines of code, which can gum up security. Not WireGuard. Created by a single developer, the client taps less than 4,000 lines of code to fire up speedy connections and defend against hackers. The programming is so streamlined, a one-person crew can review it for vulnerabilities in an afternoon. And while VPN demand surged by as much as 40 percent early in the pandemic, popular operating systems like Linux, Windows, MacOS, Android, iOS, and OpenBSD snapped up the protocol in just the past few months.

Every time you open an email, you risk becoming a marketing data point. By embedding invisible images known as spy pixels in the message, senders can find out when you opened it, where you were, what device you were on, and how much time you spent scrolling through the contents. The subscription email service Hey not only blocks these snoops, it also tattles on trackers and tells you exactly what kind each message in your inbox is using. And, unlike leading platforms like Gmail, Hey doesn’t serve ads or mine and sell user data.

An extra coat of armor for activists

While historic numbers of people marched against racial injustice in the US this year, the nation also saw an uptick in vigilante violence. To protect the identities of activists and other users on its messaging app, Signal added a simple-to-wield blur tool that automatically reads faces on images and pixelates them. It also includes a manual brush feature, in case it misses a spot or needs to scrub out other giveaways like a street sign. If you snap the photo through Signal, it won’t save the original version, so the blurring magic is truly irreversible.

Maritime Mine Countermeasures by Thales Group

Earth’s oceans are littered with hundreds of thousands of unrecovered mines dating back as far as World War I. So the aerospace company Thales Group created a robotic maritime bomb squad for the French and British navies that can detect, identify, and destroy these explosives—all while keeping humans out of harm’s way. Uncrewed ships equipped with sonar spot suspicious objects from different angles, and an extended telescopic arm wields a nail gun to attach an explosive charge. Crews at a portable operations center up to 35 miles away then detonate the charge, destroying the mine for good.

The first home-security system without a camera

If you want to keep an eye on your home without generating a ton of video footage, now you can put your mesh router to work detecting movement. Because nodes in its Wi-Fi system are constantly beaming radio waves back and forth, Linksys Aware can spot changes in intensity of those waves caused by an object moving through the network’s coverage area—a first. Alerts ping the Linksys app, and you can set sensitivity levels to avoid false positives from, say, your dog chasing its tail in the kitchen.

Clipboard notification in iOS 14 by Apple

Copy and pasting with no regrets

Over the summer, two developers revealed that many iOS apps like TikTok, Zillow, and Twitter were quietly accessing users’ clipboards, which temporarily store passwords and other sensitive information, without people’s knowledge or consent. Apple took note and unfurled some changes with an iOS update that debuted a few months later. Phones will now send their owners a pop-up message when an app or widget saves text from the clipboard. What’s more, the feature has discouraged developers from spying in the first place: LinkedIn and Reddit are among the apps that have since removed code that mooched off Apple users’ copy-and-pastes.

Even with wildfires growing more intense each season, overtaxed firefighting crews still depend on 1950s technology like walkie talkies to stay connected. The Team Awareness Kit app, which became widely available on the Google Play Store this past summer, piggybacks off of GPS on Android phones to help first responders track team members without relying on cellular networks that sometimes cut out in the field. First used by firefighters at Grizzly Creek this August, the app has both online and offline maps, and lets users mark and share their locations, files, photos, and videos while also communicating via chat or livestream. The Colorado Center of Excellence is now working with the US Forest Service to develop a national real-time database for wildfires through the app.

In its fifth generation, the so-called Ripsaw is set to become the US Army’s first fully autonomous ground vehicle if it passes field tests in the next two years. In addition to speeding along silently on batteries in all terrains and conditions, it also comes with a couple other sneaky bonuses: A nested robot can scout ahead and neutralize improvised explosive devices, and an unmanned tethered aircraft can run recon with a barely detectable heat signature. But most impressive is the vehicle’s AI sensory system, lifted from FLIR’s self-driving car tech. An array of four cameras provides 360-degree image composites, while an AI IDs objects surrounding the vehicle—discerning attackers from civilians and armed from unarmed threats.