We Could Be The Last Car-Owning Generation, Says Transportation Secretary Foxx

Discussing the future of automobiles at the 2016 Frontiers Conference 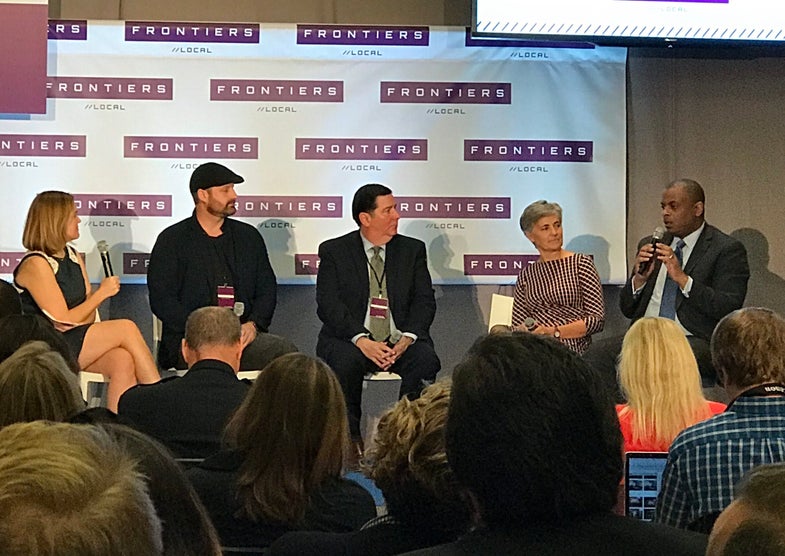 “[My wish] is that people can imagine not owning cars,” said Chase, stressing the idea of driverless vehicles not just replacing personal cars but offering an alternative to ownership altogether. Chase continued, asking the audience to imagine, “a completely shared transportation system where they don’t spend 18 percent of their household income on their car. Once we have people imagining it, then we’ll push to make it happen.”

Foxx continued: “I hope we can keep the conversation fresh and the guidelines in them, [offering] annual reviews so that we’re constantly rethinking what we’re doing.” The secretary went on to point out that the current generation could be the last to actually drive a car.

“I wish that I don’t have to get my daughter a car. I can already tell it’ll be far better for everyone.”

The Frontiers Conference is happening all day today, October 13. Tune into the entire morning of panels here.