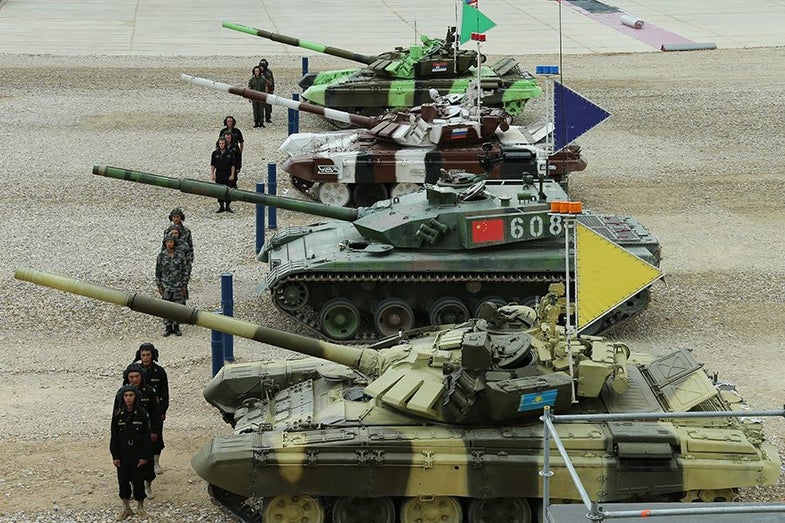 For the last two weeks, 2,000 soldiers from 17 countries have competed in the inaugural, two week International Army Games finished in Russia at the Alabino Army Base. The most prestigious event was of course the infamous “Tank Biathlon,” which this year expanded into fourteen event categories, ranging from artillery fire, to reconnaissance and combat engineering (though many competitors grumbled about irregularities with equipment). The each of the Tank Biathlon’s three rounds consists of a 6-10km route, with a route each dedicated to firing the main cannon, coaxial machine gun, and turret top heavy machine gun at different target sets (as well as dodging obstacles). 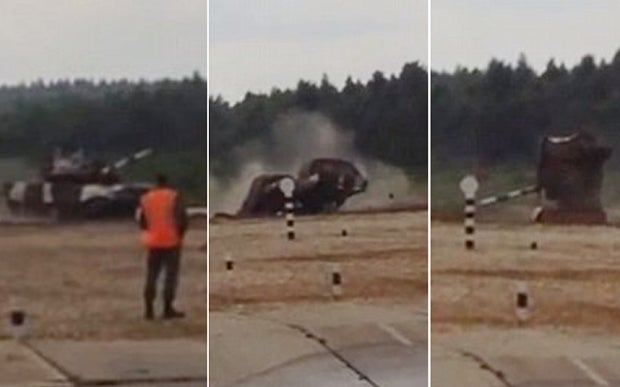 During practice, a Kuwaiti crewed T-72B3 tank rolled over while driving and drifting. Fortunately, nobody was killed.

The various stages of this year’s Tank Biathlon provided plenty of Internet worthy fodder, such as a Kuwaiti manned T-72B3 tank flipping over and a Venezuelan crewed one stalling out in water. By the second week, the four Tank Biathlon semi-finalists were China, Kazakhstan, Russia and Serbia. Russian broadcaster RT proudly announced that the Russian team won the final phase of the Biathlon, completing the course of all terrain driving and gunnery practice in a record one hour and fourteen minutes. China placed second in the Biathlon, ahead of Serbia and Kazakhstan. In addition to bragging rights, the Russian team got to take home a brand new T-90 tank. 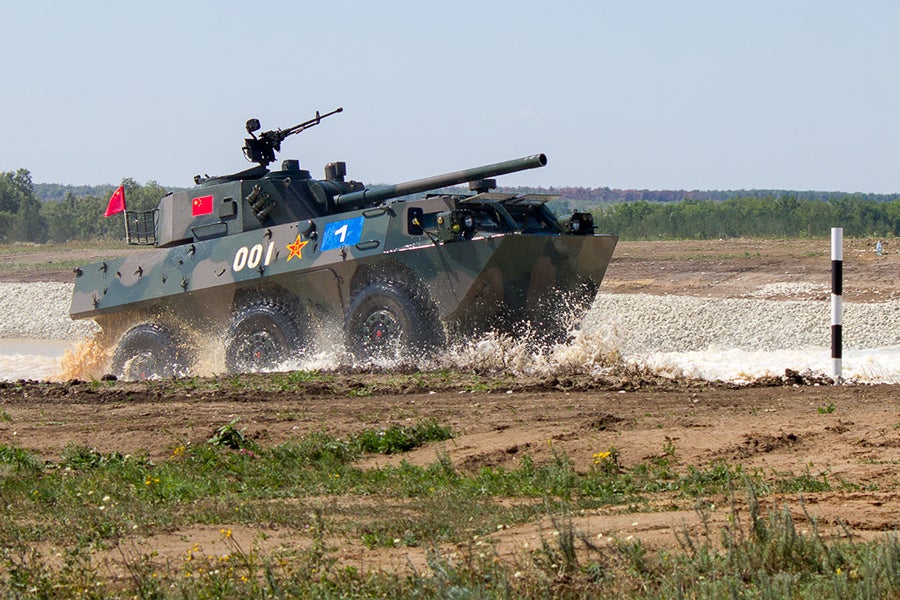 The PTL-02 assault gun carries a 100mm cannon on a speedy 6X6 chassis, making it the choice of direct firepower support for light Chinese brigades and divisions. 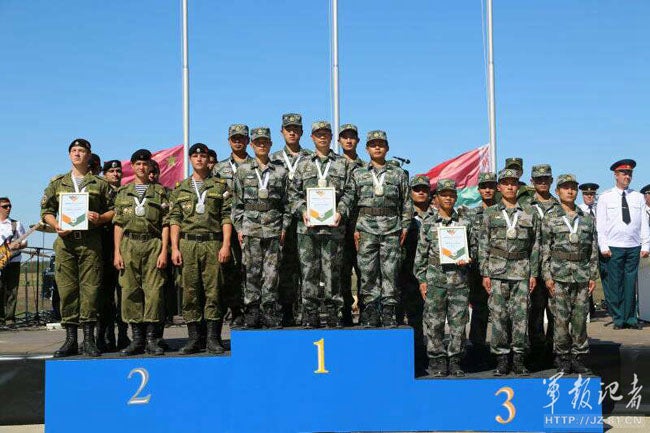 The PLA artillery team won both first and third places in an artillery competition, with host Russia taking home silver. 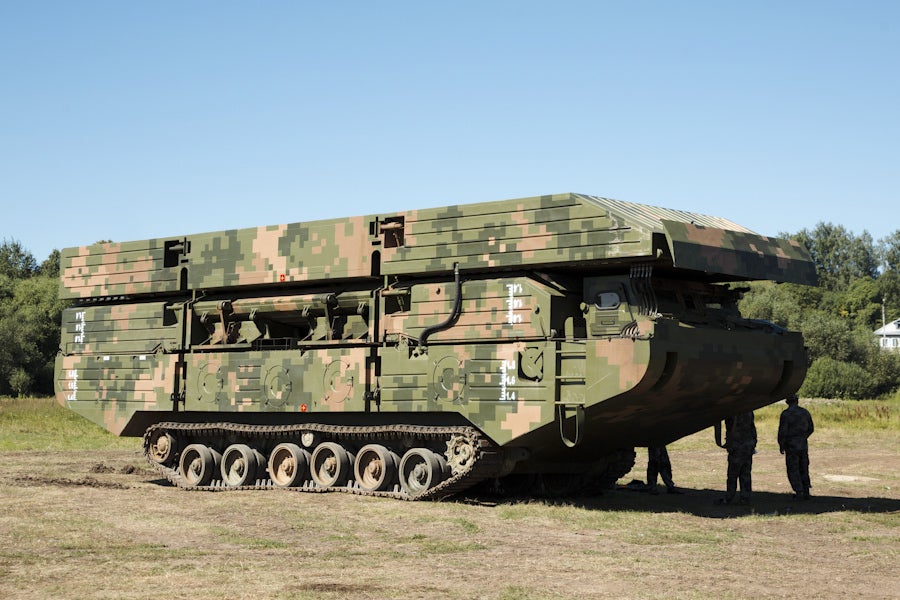 While a tank transforming into a bridge might sound like something out a Michael Bay movie, the armored chassis of a tank offers the horsepower and protection to quickly deploy a pontoon bridge on the frontlines for other armored vehicles (including yes, main battle tanks). 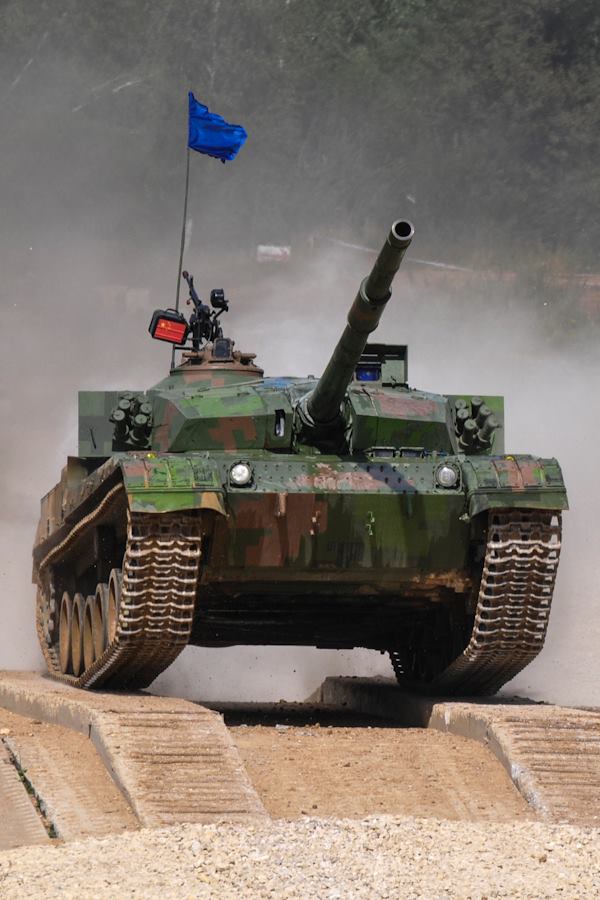 A ZTZ-96A tank drives on the obstacle course at the International Army Games. The ZTZ-96A tank currently weighs about 50 tons, while the lighter T-72B3 tanks weight about 44 tons (the ZTZ-96A is the lightest modern Chinese tank). A Chinese Marine ZDB-05 amphibious IFV (a more modern counterpart to the USMC AAV) is next to a wheeled, but equally amphibious BTR armored personnel carrier. China has already sold the ZDB-05 to Venezuela, and is looking for more customers. 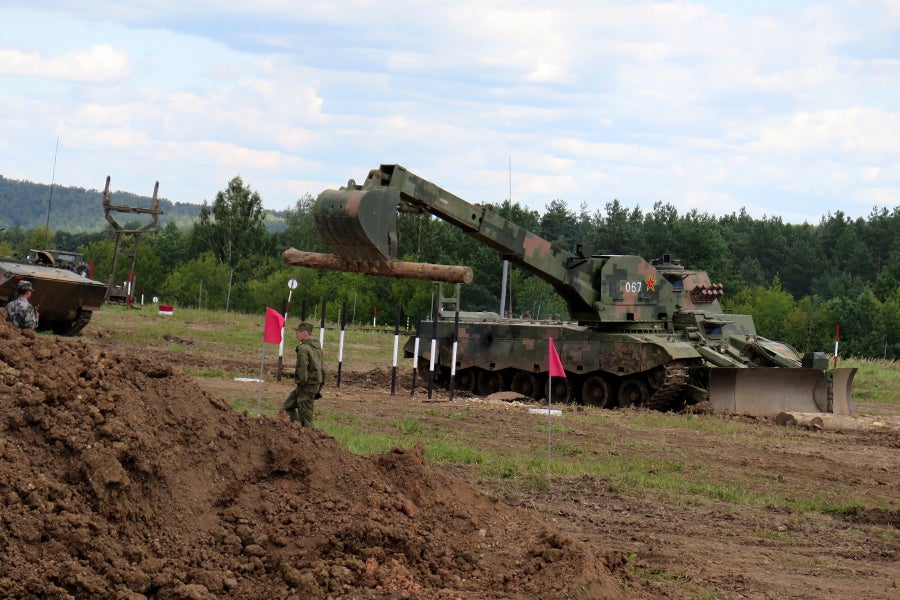 Pick it up or run it over?

Using the ubiqituious ZTZ-96 tank chassis, a Chinese combat engineering vehicle shows off its versatility on Russian soil, a dozer blade for digging fortifications (or demolishing them), and a backhoe arm agile enough to grab logs (and other things).

Its not all fun and games at the international Army Games. Compared to the other contestants, the Chinese brought their own equipment, making the Games the most varied foreign deployment of Chinese military vehicle types (not even the annual SCO Peace Mission exercises brought such a wide range of Chinese military vehicles to Russia). Most notable is the ZTZ-96A tank, which is slightly heavier than the Russian provided T-72B3 tank that all the other contestants used. Additional pieces of heavy equipment included the PTL-02 assault gun, ZBD-05 amphibious infantry fighting vehicle, a heavy combat engineering vehicle, ZDB-03 airborne tank and a giant, bridge laying tank. Chinese JH-7A strike fighters also competed in Aviadarts , a Russian hosted international fighter and ground attack competition, where the PLAAF placed third.

China and the US Trade Naval Expertise at RIMPAC 2014 Wargames