A direct help for indirect fire 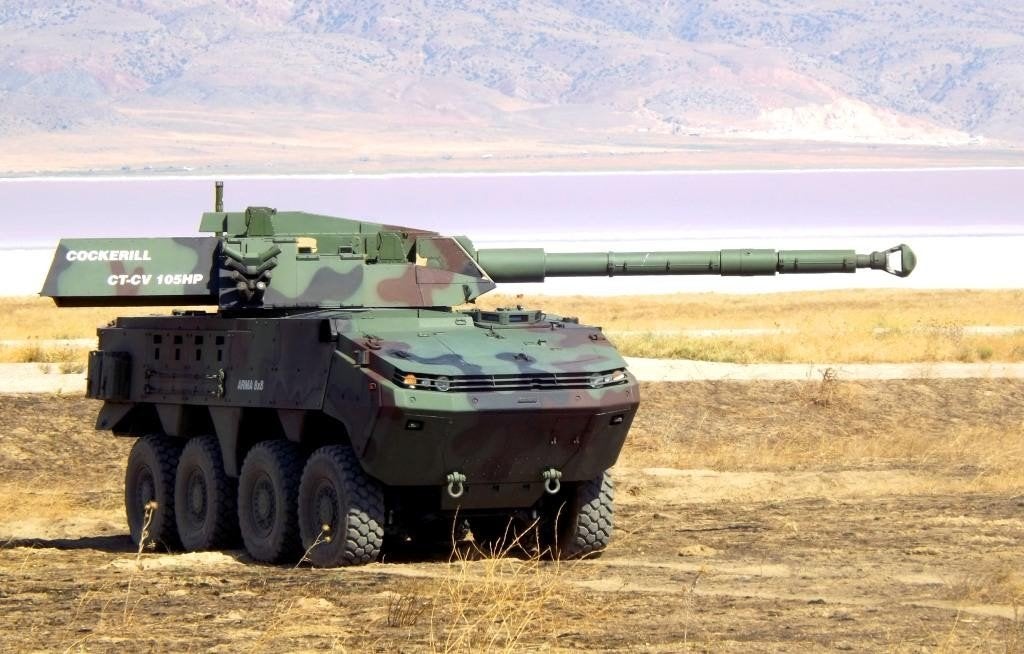 A tank is a moving armored box designed to cause some pain. These tracked armored beasts of war are almost a century old, with the basic form more or less solidified by the end of World War II: put the big gun in the turret, and then drive, with a bunch of other tanks, towards the danger. In the massive battles of the European theater, and in the hypothetical plans for a NATO/Warsaw Pact fight in the Cold War, a tank was guaranteed to have clear targets.

Today, as tanks are more often than not found patrolling cities and fighting insurgencies, foes are harder to find. So Belgian turret-maker CMI Defence is giving tanks a new window onto the battlefield: it’s putting drone controls in the turret, so a gunner can fly a scout overhead and attack accordingly.

The Cockerill 105mm turrets are made for tank-like vehicles, ones whose armored bodies and heavy guns fit the general definition of a hefty military war machine, if not the most precise technical standards for main or heavy battle tanks. The 105mm guns used to be standard on NATO and American tanks well into the 1980s, when they were upgraded to larger weapons. The 105mm still sees use on lots of tank-ish vehicles, like these wheeled Saudi “light armored vehicles.”

The gun is what one expects for a rolling piece of armor. It’s the drone that stands out. CMI promises that the drone means better indirect fire (shooting at something not in the direct line of sight), with the drone finding the target and the tank unloading on it as though it were artillery. Afterwards, the drone can do “battle damage assessment,” or check to see whether the objects and people targeted are as destroyed as desired.