The Rise Of The Tank Before World War II 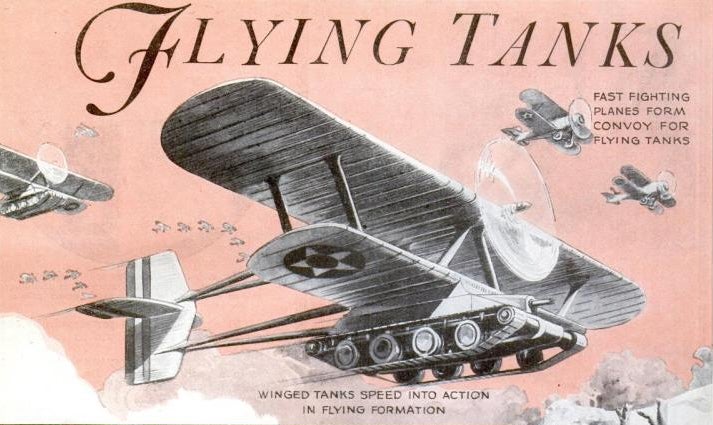 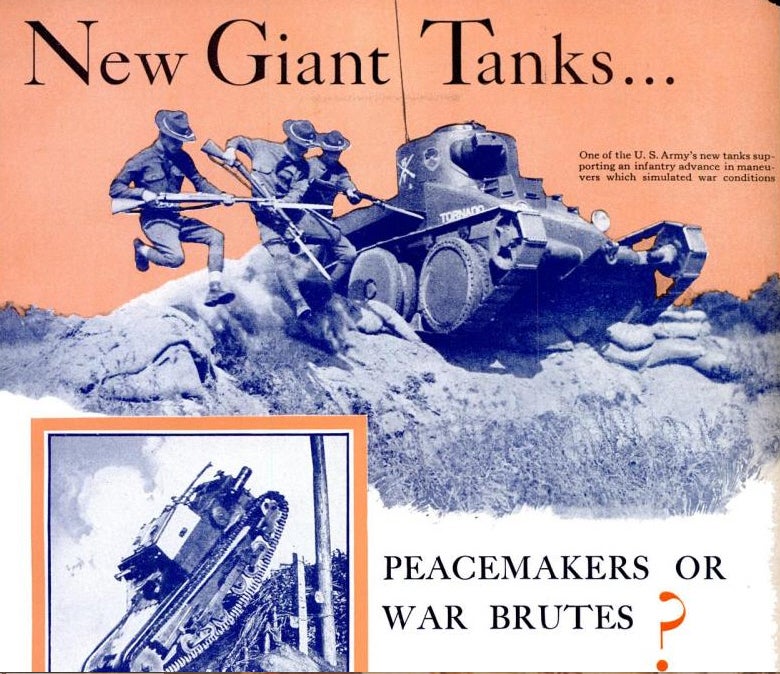 The answer, it turns out, is “War Brutes.”

In 1935, Popular Science announced the age of the tank with these words: “Fast, powerful land battleships may speed up the net war by preventing trench stalemates, or even make war an impossibility.” While the second half of that prediction failed to materialize, 75 years ago this week, the first part became crushingly real as a German offensive, spearheaded by 2,000 tanks, entered Poland. Warsaw would surrender just 27 days later. Here’s how Popular Science covered the development of the tank in the years between its debut in World War I to its horrific triumph in the second World War.

In World War I, tanks first appeared as weapons exclusive to the allies. Invented by the British, they had their debut in 1916, and other allied nations made their own to join in. Germany, on the receiving end of tank offensives, was slow to develop armored gunwagons of their own. When the German tanks emerged, Popular Science was unimpressed. A 1918 story titled “German Monsters–Clumsy Copies of the French Tanks” finds that the tank’s great weight, weak motors, thin armor, and flat surfaces all make it vulnerable, not just to heavy weapons, but to mere rifle shot.

A post-war story, published in 1919, asks, “Can We Beat Our Swords into Plowshares?” It proposed turning old tanks into tractors, with further conflict nowhere in sight.

Or Tanks To Tractors

Popular Science looked at how nations were “Getting Ready for the Next War” in 1927. While death rays and submarines that launched dirigibles never came to pass, tanks were clearly part of the arsenal of the future. But no one quite knew just what shape those tanks would take:

The 1920s and 1930s were ripe for experimentation in tank design. Tested in 1929, a U.S. Army Greyhound tank hit a top speed of 42.55 miles an hour over rough ground. The Greyhound’s speed was impressive, but its design made it ill-suited for war. Open-topped, its armament was limited to a gun in a small swivel at the tank’s front, with additional firepower coming from weapons fired by the crew over the top of the tank.

Another inaccurate prediction merged airplane and tank — both revolutionary World War I military technologies — into one future vehicle. “Flying Tanks…War’s Deadliest Weapon” from 1932 sees a future of armored assault vehicles falling like anvils from the sky. From the article:

While winged tank design remains firmly an artifact of the past, occasionally there are attempts to make tanks light enough to drop from airplanes but still strong enough to fight in battle. The U.S. Army started looking into one as recently as last year.

Deadlier Than A Flying Car

Such was the power of tanks on the psychic imagination of military commenters that they imagined such a deadly weapon might itself make war obsolete. From our 1935 story “New Giant Tanks: Peacemakers or War Brutes?“

Tanks In The Spanish Civil War

In the 1938 story “How Good Are The New War Machines?“, Popular Science looked at “test tube conflicts [that] put the latest weapons on trial.” One of the most important of these was the Spanish Civil War, fought between the democratic Republic of Spain and the fascist Nationalists. Crucially, both sides had powerful foreign backers, with the Republic supported by the USSR and the Nationalists backed by Germany. In Spain, both Soviets and Nazis tested their tanks in battle:

Another dangerous enemy of the tanks was the land mine, exploded remotely or by direct contact. A five-pound TNT mine put any tank out of action.

The lessons learned in Spain would go on to influence tank doctrine and design in both Germany and Russia, and in turn, shape how World War II was fought. Neither nation, however, came up with an effective way to protect tanks against roadside bombs.

In fact, the danger to tanks from a small explosive, then called TNT and today known as an IED, is one that persists to this day, with DARPA announcing last month a contest to make future tanks safer. In doing so, modern tank designers will wrestle with the competing needs of speed, armor, and firepower that have challenged tank designers since these machines first rolled into battle. Of course, history offers plenty of bad ideas for modern tank designers to copy: 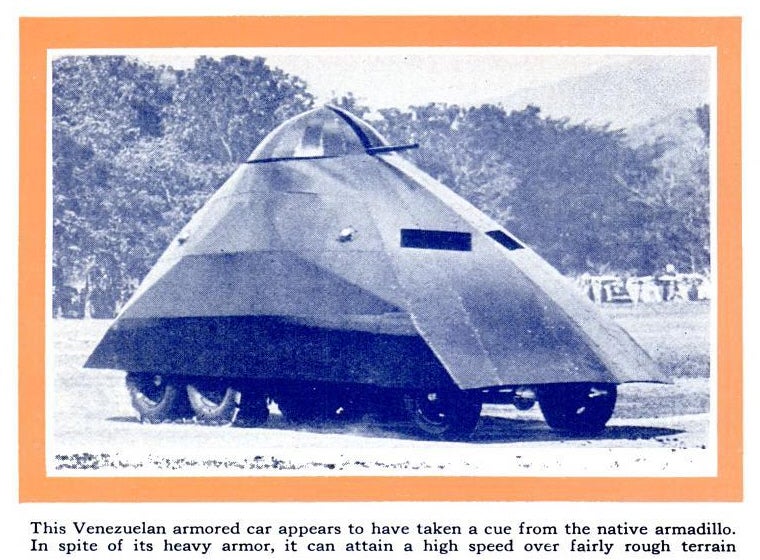 This is…not a great tank design.

And it looks like some are already doing so.