Here's why the National Highway Traffic Safety Administration is looking into the issue of video games and Teslas. 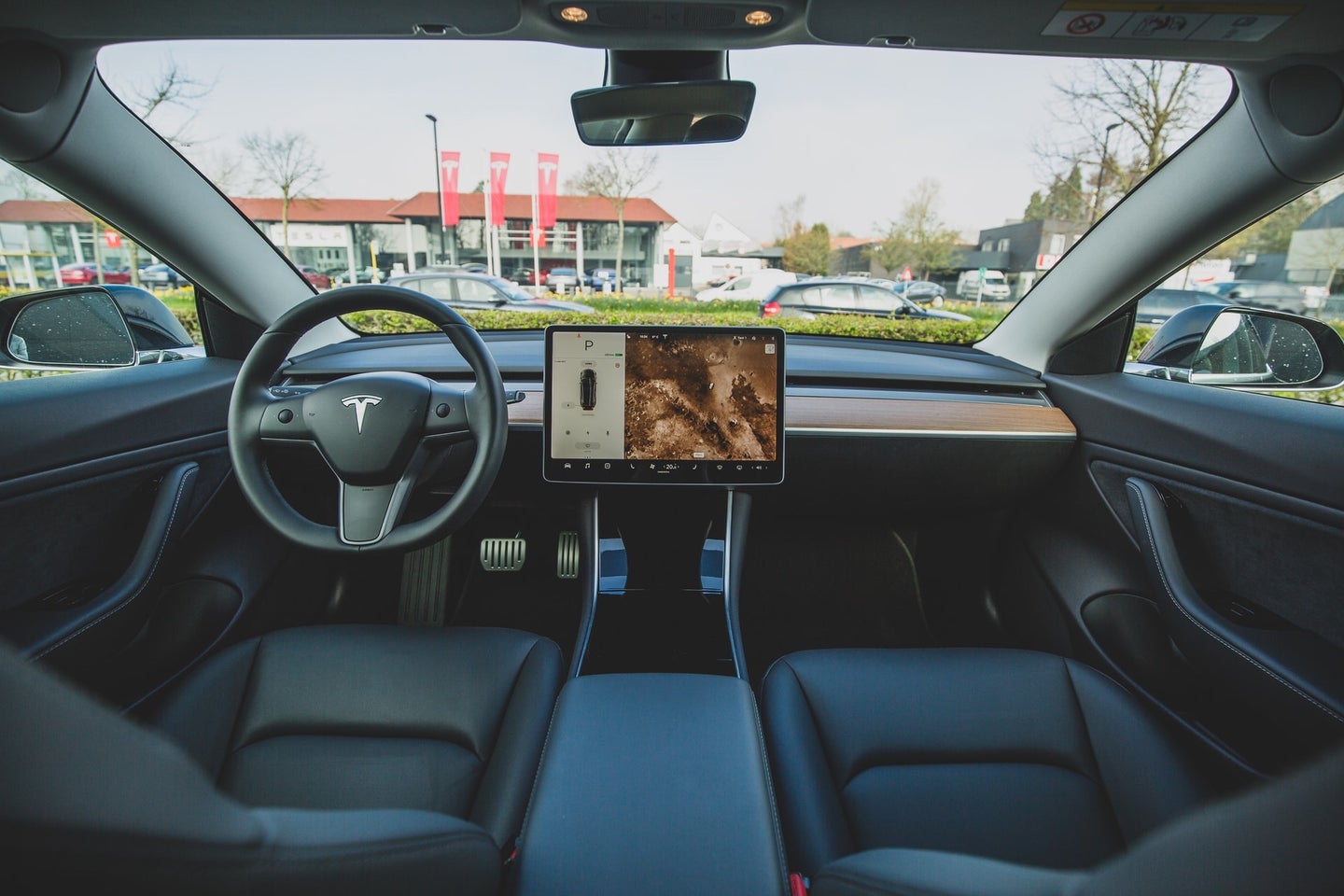 The issue has to do with a feature called Passenger Play on the vehicle's center console. Photo by Bram Van Oost on Unsplash
SHARE

The National Highway Traffic Safety Administration (NHTSA) is officially looking into the “driver distraction potential” of Tesla’s “Passenger Play” system, which drivers say allows them to play games while on the road.

A spokesperson for NHTSA told Popular Science Wednesday it has now opened a “Preliminary Evaluation” to “evaluate the scenarios” in which Tesla drivers can interact with the gaming offerings available on the dashboard screen. The vehicles included in this investigation are Tesla Models 3, S, X, and Y from years 2017 through 2022. The Associated Press, which first reported on the NHTSA evaluation, says this equates to about 580,000 cars.

According to a report from the New York Times on December 7, three new games were added to Tesla’s dashboard screens in a virtual update this summer, including solitaire, a “jet fighter game,” and a “conquest strategy game.” While more than a dozen games were previously available while the car was in park, this update also made games accessible when the vehicle was in drive. Before launching, the games ask for confirmation that the player is a passenger, not the driver, The Verge found, but the driver could still tap the confirmation button to proceed.

The Times report cited Vince Patton, a Tesla owner who filed a complaint to NHTSA after discovering the feature and had safety concerns, as well as videos on YouTube that show how the system works. NHTSA confirmed to Popular Science that it received one owner complaint about the games. In the report from the NHTSA’s Office of Defects Investigation, there are no recorded incidents of crashes or injuries related to the game system’s use.

“NHTSA based its decision on reports that Tesla’s gameplay functionality is visible from the driver’s seat and can be enabled while driving the vehicle,” the NHTSA spokesperson said to Popular Science in an emailed statement about the agency’s choice to formally look into the issue. Previously, NHTSA told the Times it was “discussing the feature with the manufacturer.”

This probe comes less than two weeks after NHTSA told CNBC it was in communication with Tesla over an Autopilot glitch and as the agency continues to investigate multiple serious accidents involving Teslas hitting emergency vehicles while in Autopilot mode. The NHTSA spokesperson said that, as a reminder, there are no commercially available vehicles today that can totally drive themselves.

“Every available vehicle requires the human driver to be in control at all times, and all State laws hold the human driver responsible for the operation of their vehicles,” the spokesperson added.