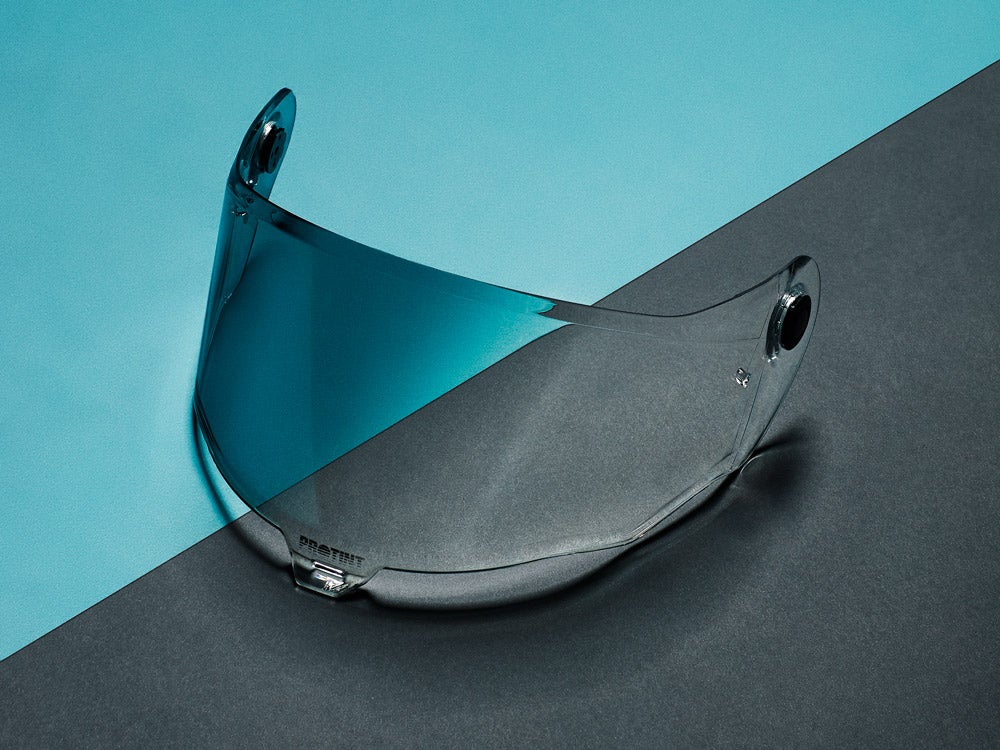 This story was originally published on cycleworld.com

Arthur C. Clark famously said that any sufficiently ­advanced technology is indistinguishable from magic. That certainly applies to face shields, goggles, and glasses that automatically darken. That sorcery has existed for decades, but it has been refined and is more widely available now than ever. This change of lens shade as light increases is called photochromism, and it depends on a reversible chemical reaction that takes place when a material embedded in glass or plastic is exposed to certain wavelengths of light.

Glass photochromic lenses were first offered in ­eyeglasses in a process invented by Corning Glass Works in the 1960s. Corning infused glass with a silver ­halide (generally silver chloride), and then, after casting, precisely heat-treated the lens blanks. Silver chloride molecules were transparent after the heat treatment, as was the lens, but exposure to ultraviolet (UV) light caused the silver chloride to decompose into its constituent elements. In bright sunlight, the lens filled with microscopic particles of elemental silver, darkening in the process. Remove the UV light, and the silver would again react with the adjacent chloride still trapped in the glass, and become transparent once again. Varying the percentages of silver chloride and glass created lenses of differing darkening characteristics.

All chemical reactions follow certain laws, and one of those is that the speed of reaction increases as temperature rises, and falls as temperatures decreases. On very hot days, the re-reaction of silver and chloride would occur so quickly that the lens wouldn’t fully darken—the chemical re-reaction raced ahead of the light-induced decomposition. The inverse would occur on extremely cold days. Also, because the photochromic additive was dispersed evenly throughout the lens, lens darkness would vary with lens thickness, which could be an issue with large-correction prescriptions. The reaction was not quite perfectly reversible either, so over a large number of darkening cycles the lenses tended to not come back to their original transparency.

One issue with these lenses for drivers is that car windshields have been engineered to filter out almost all of sunlight’s UV components. In a modern vehicle, the classic silver chloride photochromic glasses just stay clear, no matter how bright it gets. Of course, that’s not an issue for a motorcyclist.

Engineers have developed new photochromic additives with superior performance that can be more readily used on motorcycle-helmet faceshields or goggle lenses. These are organic photochromic molecules (indolino-spironaphthoxacins, for one family) that are applied to a plastic lens through one of two technologies. One is a heat-induced infusion process, where the outer 0.006 of an inch of an already fully formed plastic lens or faceshield has the photochromic molecule diffused into it. Workers can then apply normal scratch-resistant coatings.

Transitions, a company specializing in ­photochromic technology, has a different process it describes as Trans-Bonding, for those lens materials that are not compatible with the infusion process. Trans-Bonding creates a thin layer of photochromic material directly on the surface of the lens. In either case, the wide array of organic photochromic additives has allowed modern lenses to respond more quickly, to be less affected by temperature, and to be offered in a wider array of colors. They even respond to blue light as well as UV, so they can once again be effective in an automobile.

There is at least one competitor to photochromic lenses: electrochromic. If you’ve had the opportunity to ride in the latest Boeing, the 787, you’ll notice its side windows don’t have shades. Instead, they have a switch. Flip the switch, and the window dims from transparent to a deep-bluish cast in the first generation, and to almost black in the most recent iteration. This technology relies on a gel captured between two sheets of glass that changes transparency in response to a small electric current.

Electrochromic faceshields require a power source but offer much faster mode switching than photochromic faceshields. The E-Tint Akira family of motorcycle-visor inserts claims to switch transparency levels in one-tenth of a second. It can be expensive, as in the AGV face-shield that retails for almost $100 more than a Bell photochromic example. No one said magic comes cheap.