Meet ‘Waste Shark’, The Drone That’s Picking Up Garbage From The Oceans

The 'Wall-E' of Water 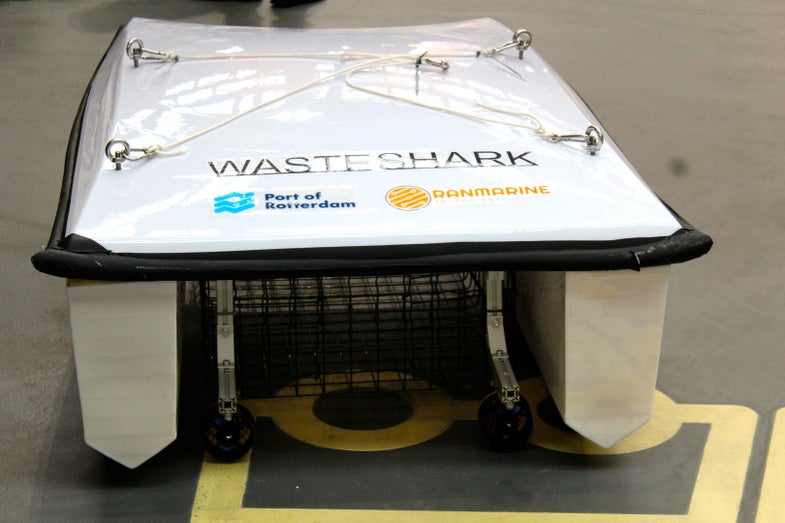 The ocean collects garbage. Not in any discerning, connoisseurial way–no, the ocean collects garbage with the enthusiasm of a hoarder, taking all trash put into it and holding on to it forever. To clean up a small part of this trash, Richard Hardiman of RanMarine us using small robots in Rotterdam that catch garbage before it works its way across the sea and into a great garbage patch.

Hardiman’s weapons of choice are robots called “Waste Sharks,” and they come in both “Slim” and “Fatboy” models. Here, the Slim version of the Waste Shark eats an orange.

The Port of Rotterdam Authority’s Port Waste Catch is sponsoring the project until the end of the year, with four Waste Sharks swimming around. Each can collect up to 1,100 pounds of waste in its open mouth, that extends a foot below the ocean’s surface. Here’s a larger version, dubbed “Fatboy.”

If they work, the Waste Sharks can join the long line of robots picking up humanity’s waste. On RanMarine’s site, Hardiman refers to the Waste Sharks as the “Wall-E of water,” referencing the iconic Pixar film about a robot cleaning up earth after all the humans have left. Waste Shark, at least, has a head-start.