Each club starts outside of golf's rules. 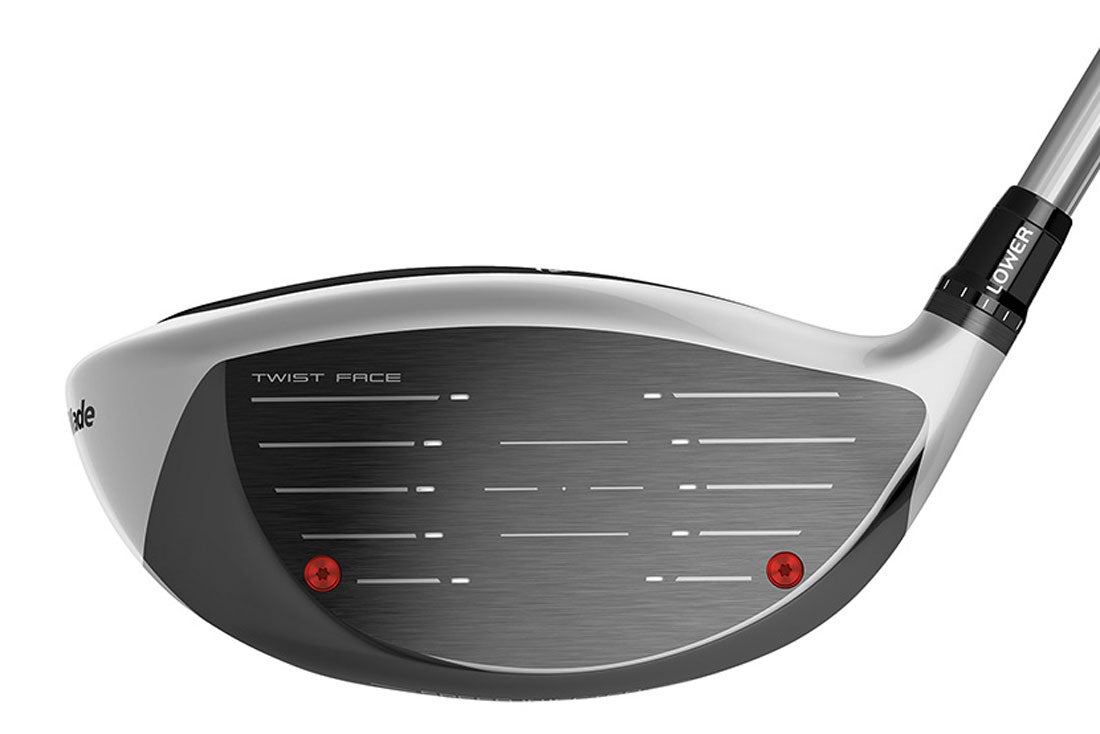 If you’ve never played golf with an old, wooden driver, it’s something you should try if you can. It can feel like you’re swinging an old wooden doorknob at the end of a stick—the sweet spot is tiny and you don’t get the satisfying metal thwack you hear from every tee at the range—but it’ll serve as a nice reminder of just how far golf club tech has come, especially when it comes to drivers.

Golf’s governing bodies have rules in place to prevent equipment from lending too much help to a golfer’s game. For its latest M-series drivers, TaylorMade is actually manufacturing the clubs beyond the limits of the rules and then tweaking each individual club as it comes off the line so it can sneak under the restrictions.

TaylorMade calls its new tech speed injection and it involves inserting epoxy through one or both of the small portholes in the club’s face to adjust its stiffness in specific ways. Doing so affects a variable called coefficient of restitution. Essentially, there’s a limit on how efficiently a club can transfer its energy to the ball on impact. The goal is to keep the ball’s speed within a realistic range as it comes off the face of the club.

A golf ball only stays on the club’s face for a fraction of a second, but that small amount of time determines the fate of the shot. “We’re trying to maximize the efficiency of the collision,” says Brian Bazzel, VP of Product Creation for TaylorMade. The USGA tests this variable with a pendulum-like device that measures the spring-like effect that occurs when the ball hits a club face. Despite its metal construction, the face of a driver acts a bit like a trampoline, springing the ball away after flexing at impact. “The pendulum is dropped against the face and it measures the time the ball is in contact with it in microseconds. The limit is 239 microseconds, but they give you about 18 microseconds of tolerance.” This test measures a variable called characteristic time, and it replaced an older test, which measured the absolute coefficient of energy transfer.

The 18-microsecond tolerance allows for the variability that inevitably comes with factory production. Tiny variations in the materials or the process can have a noticeable effect on performance. So, instead of undershooting the limit and hoping the tolerance catches the outliers, TaylorMade created a system that measures the variable as the very last step in its assembly. Almost all of the finished clubs—TaylorMade says the exception rate is about 0.3 percent—then receive a very small injection of epoxy into a foam reservoir at the bottom of the club. It’s usually a fraction of a gram on each side, but it can go up to two grams depending on the performance.

Once the epoxy is in place, TaylorMade checks it again to make sure it’s compliant. The result is a line of clubs that are consistently pinned to the upper limit of performance.

The physics of the club face complicates things a bit. A perfectly flat face would put the springiest spot—referred to as the sweet spot—in the geometric center of the metal slab. The faces on TaylorMade’s drivers, however, are curved and also shaped in order to influence the way the ball flies off the club. According to the company, the automated systems can detect these variables and automatically address them with the injections.

Thickness also has an effect on its performance. A thinner face typically results in a faster ball speed after impact if you hit the sweet spot in the middle, but then you run into other issues like durability and speed that exceeds the allowed limits. TaylorMade addresses some of those issues with an inverted cone structure on the back of the club face, as well as the new speed injections. The entire club comes into play, even though you’re only really using the face to hit the ball.

“Because of all the bits and pieces that come together in a driver,” says Bazzel, “typical drivers have a bell curve when it comes to performance. You set your targets down to account for variation.” This process effectively flattens that bell curve without having to totally start over with drivers that were otherwise finished but didn’t pass the test.

What about the thwack?

Sound is one of the crucial parts of a golf club—in fact, players typically won’t use a club with a bad impact noise, even if it performs well. According to TaylorMade, adding this vibration damping epoxy doesn’t have a negative tuning effect on the overall sound of the club. I took the new M5 out on the range and found that to be true. I also found the club extremely long off the tee, which isn’t surprising considering the extent to which TaylorMade has gone to close the performance gap between the equipment guidelines.

Even shots hit on the heel or the toe of the club feel relatively solid thanks to the club’s large sweet spot. Still, you’re better off just putting a good strike on the ball if you want it to end up in the fairway. Without practice, faster ball speed off the club face just means a longer walk into the woods to find your ball.