The goal is to get your car to keep the lights on during blackouts. 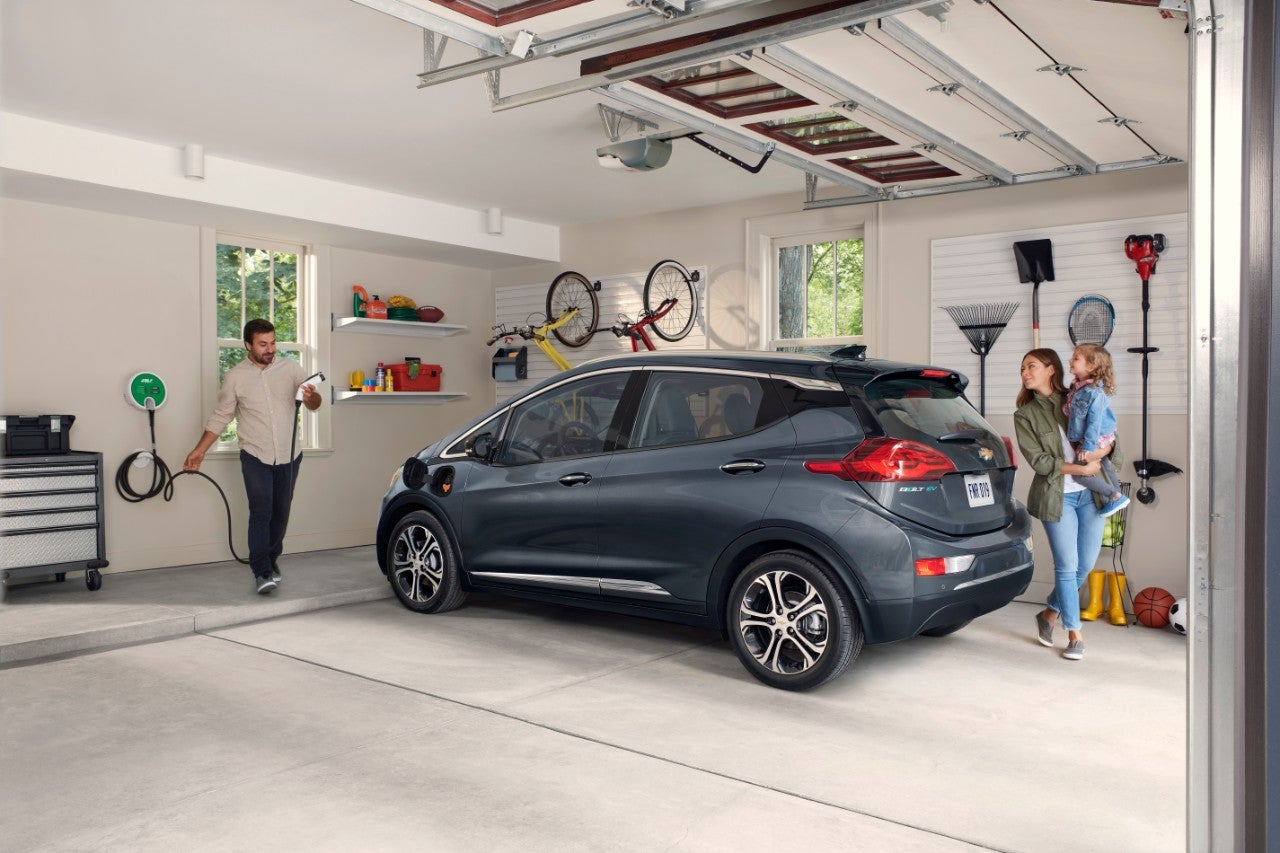 GM and PG&E are working on bidirectional EV charging hardware that can be used to power homes. GM
SHARE

General Motors (GM) and Pacific Gas and Electric Company (PG&E) are exploring whether electric vehicles can be used to power homes in California. The hope, according to press releases the automotive corporation and the utility company shared on Tuesday, is that the vehicle can serve as “on-demand power sources” in the future, offering a way for homeowners to stay connected when PG&E’s electric supply is unavailable, like during preventative shutoffs, power failures, or other grid-related incidents.

Here’s how it would work, in theory: GM’s electric vehicles (EVs) would be equipped with bidirectional hardware, which could both charge the vehicle and use the vehicle’s battery as an outside power source. This sort of tech is already being used by automakers like Ford and Hyundai to facilitate vehicle-to-vehicle charging (GM previously announced it would be a feature in its 2024 Chevrolet Silverado EV). GM and PG&E said this technology would be coupled with “software-defined communications protocols” that would automatically direct that power into homes when PG&E’s electric supply shuts off.

As The Verge notes, there are still key process details the two companies are trying to determine, such as whether the power transfer will happen directly through the vehicles or another piece of equipment. Still, Rick Spina, PG&E’s vice president of EV commercialization, told The Verge he “could envision” this tech being utilized on a state-wide scale, with customers given some sort of benefit to “feed power back into the grid” when there is high demand. Spina used a Chevy Bolt as an example to show the power potential, saying the typical California home uses about 20 kilowatt-hours of power per day and the Bolt’s battery has a 60kWh capacity.

[Related: These powerful new electric pickups are about to shock the market]

Since 2018, PG&E has been implementing Public Safety Power Shutoffs, turning broad swaths of power off in areas with high fire risk. Over the years, these preemptive shutoffs have left millions of Californians in the dark, adding urgency to the need for the utility to find a way to keep power on while still mitigating the risk of causing fires. Last year, PG&E started working with BMW on a pilot to provide incentives for drivers to charge their vehicles around the needs of the grid.

According to PG&E, one in five EVs in the US are in PG&E’s service area, which covers much of Northern and Central California. And that number is expected to continue rising, as the state moves towards its ban on selling gas-powered passenger vehicles by 2035. PG&E and GM are looking to have a “vehicle-to-home capable EV and charger” ready to test this summer, first in a lab and then in a select group of customers’ homes, with a goal of expanding those user trials by the end of the year.

The collaboration comes weeks after PG&E released its 2022 Wildfire Mitigation Plan, which includes plans to significantly increase its efforts to move its power lines underground in an attempt to make them more resilient and less of a wildfire risk. PG&E has been blamed for more than 30 wildfires in the past five years, including the Dixie Fire this past summer and the 2018 Camp Fire, which was the deadliest in the state’s recorded history. The utility company is currently the plaintiff in multiple criminal cases relating to the 2019 Kincade Fire in Sonoma County and the 2020 Zogg Fire.