Apple is breaking up iTunes. Here’s what you need to know.

iTunes is going away, but the iTunes Store lives on in various forms. 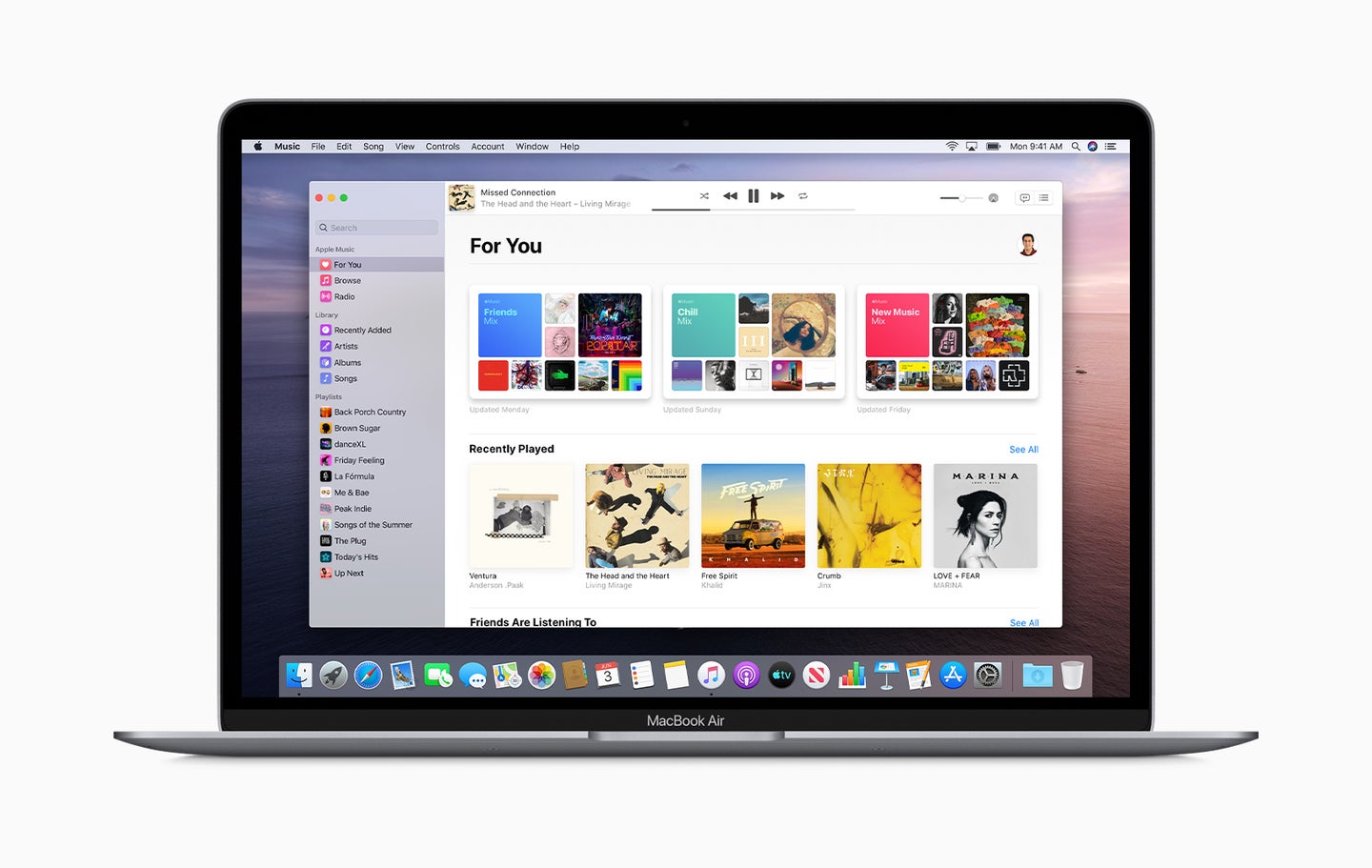 Apple held its annual Worldwide Developers Conference on Monday, and if you paid attention to any of the rumors beforehand, you may have heard that the company is killing iTunes. That’s true—mostly. Dating back to 2001, iTunes is an iconic but unwieldy program that’s been a frequent target for complaints about its slow speeds and its attempt to do too many things. Clunky as it was, however, it was fundamental for many iPhone owners. It was also the main interface that people used to back up their devices if they didn’t want to sync it through the cloud. Even if you didn’t use it, the program popped up when you plugged in your phone.

Not anymore. Apple is putting the iTunes program out to pasture. Wall Street Journal writer Joanna Stern even penned an obituary for it, referring to the program’s early days as “a CD owner’s best friend.” (Before the iTunes Store existed, people used the program to rip and burn music from or onto compact discs, or transfer it to an iPod.) The New York Times released its own eulogy for the software. Goodnight, sweet prince.

So what will happen on my Mac?

The biggest change with iTunes is coming to Macs with the next operating system, macOS Catalina, which will arrive in the fall. There will not be a program called iTunes in that OS. Instead, like a big company being split up by an anti-monopoly law, it will separate into three separate Mac applications: Apple Music, Apple TV, and Apple Podcasts. Those three programs all mirror apps that already exist on your iOS device, as well as Apple TVs.

Here’s where the confusion starts. Within the Apple Music app for your Mac there will be an iTunes Music Store. If you want to buy an individual song for 99 cents, you can still do it there. What you can’t do from that store is buy a movie or TV show on your Mac as you could with the original, bloated iTunes—for that, you have to do it through the Apple TV app. As for the Podcasts app on Mac, you guessed it: that’s where you’ll manage your podcasts, which offers a similar experience to the mobile app.

What happens when I plug my phone into my computer?

With the Catalina operating system, if you insist on plugging your phone into your computer to sync it (instead of doing so wirelessly, through iCloud), it will appear in a finder window, as Apple executive Craig Federighi explained on stage yesterday.

What happens to my music?

If you have songs in your iTunes music library, they will live on in Apple Music—even if you didn’t buy them from Apple, according to the company. “[U]sers will have access to their entire music library, whether they downloaded the songs, purchased them or ripped them from a CD,” Apple said, in a press release.

When you click to open an audio file on your desktop, the default program will be Apple Music.

In summary: iTunes lives on as the iTunes Music Store (for music only, as the name implies) on your Mac, nestled with the Apple Music app.

What happens on my iPhone or iPad?

Just like on a Mac, your iPhone has—and will continue to have—apps for Apple Music, TV, and Podcasts. Unlike your Mac, it will continue to have a freestanding app called the iTunes Store. Within that iTunes store, you’ll be able to buy music, but—unlike on a Mac—you’ll also be able to buy or rent movies or television shows though it, too. You can be forgiven for being confused, because it is genuinely confusing.

That’s not the only way to buy or rent a movie or TV show, though, on your iOS device. You can also do it through the TV app, and that’s not changing.

What happens on my Apple TV?

If you own an Apple TV, the situation is similar to what’s going on with iOS devices. The iTunes name will continue to live on with two apps that exist now: Movies iTunes, and TV Shows iTunes. Of course, that’s where you can purchase or rent that type of content. Like on iOS, you can also buy movies and TV shows through the app that’s called Apple TV.

Finally, Apple TVs (the system itself, not the app with the same name) also offers apps for Apple Music and Podcasts, which is where those two types of media live. You cannot buy individual songs through the Apple Music app on your TV, but you can stream Apple Music if you’re a subscriber, or access other songs you’ve already purchased that live in your iCloud Music Library.

In summary: With Apple TVs, you’ll continue to be able to get movies and TV shows through either two different iTunes store apps, or the app called TV. Deal with music and podcasts through their respective apps, as usual.

What happens if I’m using iTunes on Windows?

Apple says nothing will change; iTunes will continue as-is for Windows users.